Polling on the Constitution 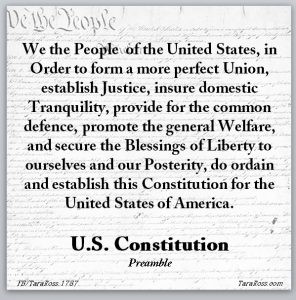 By Stuart MacPhail – March 2020
The State Legislators’ Article V Caucus (publisher of this newsletter) has announced the release of a major poll conducted on federalism and constitutional knowledge. The poll surveyed both the general public and state legislators from across the country.

The double-poll was conducted by veteran pollster George Barna. The State Legislator’s Article V Caucus assisted in the huge task of contacting the legislators (over 7,000).  The poll summaries are posted on the Caucus website. They can be found HERE.

Former Colorado State Senator Kevin Lundberg, Co-chair of the Caucus said, “We thank the 332 legislators who took the time to complete this significant poll. 1025 citizens also completed the survey.”

For the most part the general public showed somewhat less knowledge than the state legislators, but it is significant to note that when the question of who can initiate an amendment to the US Constitution (Article V), there was a radical difference. Three times as many legislators (74%) knew that answer (both Congress and the state legislatures) than did the general public (26%).

Lundberg says, “This tells us that our outreach and the efforts of other Article V advocates to state legislators is working!  More and more of our leaders in state government have come to understand that the power to control the supreme law of the land is indeed in the hands of our state legislatures.”

The poll and polling results are to be used by all.  “Put it to work,” says Lundberg. “It contains a great deal of information on state legislators’ understanding of the relationship between their level of governance and the Federal Government.  It also gives a good baseline on what the people of our nation know and understand about the balance and division of powers between the state and federal level.”