Principles of Liberty in our Founding Documents

Those who are familiar with the 28 Principles of Liberty outlined in The 5000 Year Leap, are acquainted with the claim that these are the principles upon which the Founders based our new government, thereby assuring us of lasting peace, prosperity, and freedom. Occasionally the question is asked, “Where can we find these principles in our founding documents?” This letter will help the reader make that connection.

First, however, one point needs to be made clear. There is a notion today that the Declaration of Independence is not really a part of American jurisprudence and that the principles contained therein cannot be referred to as a basis of American law. This line of thought is usually concluded by saying that if a principle cannot be found in the Constitution, such as a belief in a Creator, it is not part of American culture or law. This idea is blatantly false.

The Declaration of Independence has been repeatedly cited by the Supreme Court as part of the fundamental law of the United States of America . (See John Eidsmoe, Christianity and the Constitution , pages 360-362)

The following, then, are some of the ways in which the 28 Principles of Liberty were emphasized as the Founders structured our government.

Principle 1. The only reliable basis for sound government and just human relations is Natural Law. Natural law was defined as the order in which the Creator made everything work properly. There are certain laws which govern the entire universe, and just as Thomas Jefferson said in the Declaration of Independence, there are laws which govern in the affairs of men which are “the laws of nature and of nature’s God.” If governments and human relationships are formed according to these laws, they will succeed, if not, they will surely fail, as history has proven. (First paragraph of the Declaration of Independence.) 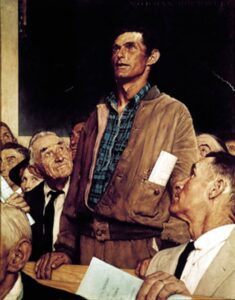 Principle 2. A free people cannot survive under a republican constitution unless they remain virtuous and morally strong. The Founders knew they could not succeed in this political building without the support of the “Supreme Judge of the world” and without a firm reliance on the protection of divine Providence .” They knew this would not happen unless they kept His commandments which amounted to being virtuous and morally strong. (Last paragraph of the Declaration of Independence.)

Principle 3. The most promising method of securing a virtuous and morally stable people is to elect virtuous leaders. No greater case can be made of the damage done to a free people by power-hungry and tyrannical leaders than the long list of abuses Thomas Jefferson listed in the Declaration. While directed at King George, these abuses are typical of leaders who are without virtue and morality. (List of grievances in the Declaration of Independence)

Principle 4. Without religion the government of a free people cannot be maintained. As in Principle 2, the Founders knew they could not succeed in this political building without the support of the “Supreme Judge of the world” and without a firm reliance on the protection of divine Providence .” They believed they would have His support and protection if they relied on Him, constantly kept His laws, and taught their children to do likewise. (Last paragraph of the Declaration of Independence.)

Principle 5. All things were created by God, therefore upon Him all mankind are equally dependent, and to Him they are equally responsible.The Founders considered the existence of the Creator as the most fundamental premise underlying all self-evident truth. The words Nature’s God, Creator, created, Supreme Judge of the Universe, and Divine Providence are used throughout the Declaration of Independence.

Principle 6. All men are created equal. (An exact quote from the second paragraph of the Declaration of Independence)

Principle 7. The proper role of government is to protect equal rights, not provide equal things. “-That to secure these rights, governments are instituted among men.” (Second paragraph of the Declaration of Independence) 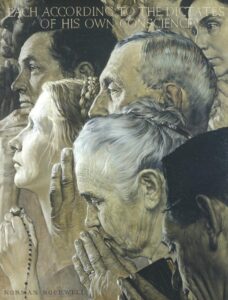 Principle 8. Men are endowed by their Creator with certain unalienable rights. (Second paragraph of the Declaration of Independence)

Principle 9. To protect man’s rights, God has revealed certain principles of divine law. The Founders knew that God had revealed certain laws for human happiness, such as laws against killing, stealing, adultery, lying, coveting, etc. These are reflected in the right of man to form a government to protect his unalienable rights of life, liberty, and property outlined in the Declaration and the Bill of Rights.

Principle 10. The God-given right to govern is vested in the sovereign authority of the whole people. The last paragraph of the Declaration makes it clear that the people as a whole, by their representatives in Congress, have complete authority from the Supreme Judge of the Universe to govern themselves in every way and to take their rightful place among the sovereign peoples of the earth.

Principle 11. The majority of the people may alter or abolish a government which has become tyrannical. The second paragraph of the Declaration makes it clear that the people have a God-given right to throw off dictators and establish a government that will better protect them in their rights.

Principle 12. The United States of America shall be a republic. Article 1.2.1 of the Constitution sets forth the provision that gives the American people the right to vote for their own representatives, thereby making the United States a constitutional republic of the people.

Principle 13. A constitution should be structured to permanently protect the people from the human frailties of their rulers. In forming our government on the basis of Natural Law, the Founders dealt directly with the human nature characteristic that power almost always corrupts. The separation of powers, checks and balances, and limited governmental powers in the Constitution were all methods employed to check the human frailties which result in run-away power. That is why the Constitution will never be obsolete or outdated.

Principle 14. Life and liberty are secure only so long as the right of property is secure. The fifth amendment of the Bill of Rights specifically prohibits the federal government from taking private property of the people for public use without just compensation. It is a recognition of the sacred right to property and that property is really an extension of one’s life and liberty.

Principle 15. The highest level of prosperity occurs when there is a free-market economy and a minimum of government regulations. Other than setting up a proper monetary system and ensuring the free flow of commerce between the states, no power is given to congress to regulate economic affairs of the people. It is a manifest intent to keep the federal government completely out of the free-market economy and to leave any needed regulation to the states.

Principle 16. The government should be separated into three branches – legislative, executive, and judicial. Articles I, II, and III of the Constitution create this beautiful separation of powers to prevent the tyranny of consolidated government.

Principle 17. A system of checks and balances should be adopted to prevent the abuse of power. This constitutional system of pitting human nature against human nature by checking each other’s power is pure genius. 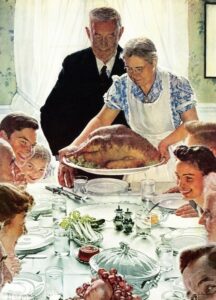 Principle 18. The unalienable rights of the people are most likely to be preserved if the principles of government are set forth in a written constitution. Of the 200 or so nations on the earth today, about 125 of them have written constitutions. However, ours is the oldest one-one of the youngest nations has the oldest written Constitution. The Founders were the first in modern times to realize that the best way to preserve good government and the rights of the people, is to write them down.

Principle 19. Only limited and carefully defined powers should be delegated to government, all others being retained in the people. Article 1.8 contains the twenty powers delegated to congress; Article II contains the six areas of responsibility of the president; and, Article III contains the eleven kinds of cases assigned to the federal courts. The Tenth Amendment reminds us that all other powers are reserved to the states and the people.

Principle 20. Efficiency and dispatch require government to operate according to the will of the majority, but constitutional provisions must be made to protect the rights of the minority. Article VI declares the Constitution to be the supreme law of the land. If a law is passed which violates the rights of people, it can be declared null and void by the guardians of the Constitution.

Principle 21. Strong local self-government is the keystone to preserving human freedom. The Tenth Amendment leaves most power to govern with the states and local governments. This is where freedom really manifests itself.

Principle 22. A free people should be governed by law and not by the whims of men. The people reserve the right in Article I.1.1 not to be governed by any law not passed by their representatives. Article III gives the power to the judiciary to prevent a citizen from being prosecuted by an unjust law which violates the unalienable rights of the people. 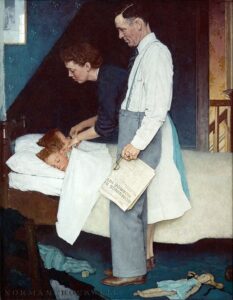 Principle 23. A free society cannot survive as a republic without a broad program of general education. The reaction of King George to the list of grievances in the Declaration of Independence is an example of why tyrants want to keep the people ignorant of their actions. In order to preserve and encourage the sacred right of people to gain knowledge, the Constitution forbids the federal government from involving itself in education of the people. It leaves this responsibility to the states and the people where it can be locally controlled. (Tenth Amendment)

Principle 24. A free people will not survive unless they stay strong. Article 1.8 gives Congress the power to maintain a military.

Principle 25. “Peace, commerce, and honest friendship with all nations – entangling alliances with none.”   No authority can be found in the Constitution for the United States to tie its sovereignty to any other nation or to give the people’s money to foreign rulers.

Principle 26. The core unit which determines the strength of any society is the family; therefore, the government should foster and protect its integrity. No authority can be found in the Constitution to involve the federal government in family affairs. The Founders knew any laws dealing with these kinds of sensitive issues must be kept close to the people, thereby best preserving this most sacred institution.

Principle 27. The burden of debt is as destructive to freedom as subjugation by conquest. Article 1.8 lists “to pay the debts” as the first use of public funds. The Founders considered it immoral to pass debts on to the next generation.

Principle 28. The United States has a manifest destiny to be an example and a blessing to the entire human race. The entire Constitution was intended to be such a model for the world of how a people can govern themselves and thereby enjoy an unlimited amount of freedom, prosperity, and peace. Our greatest export was to be freedom.