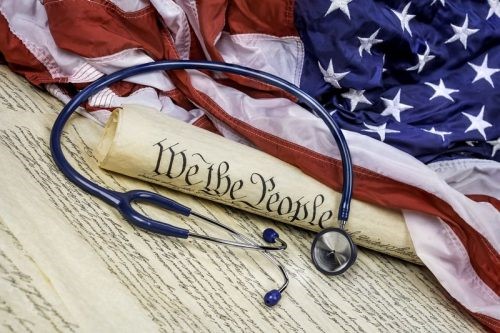 A Court Corrects a Medical Injustice

Cardiologist Richard Paulus went to prison because another doctor disagreed with his opinion.

A once-renowned Kentucky cardiologist is being released from federal prison after an appeals court threw out his health-care fraud conviction because the government withheld critical evidence at his trial.

Richard Paulus was convicted in 2016 of health-care fraud and false statements. After some back-and-forth appeals, he reported to prison last June. He wasn’t supposed to be released until September 2023, by which time he would have been 76. But on Thursday the Sixth U.S. Circuit Court of Appeals vacated his conviction. This decision should bring needed scrutiny to a pattern of dubious criminal prosecutions of doctors that lawyers have come to call “stent cases.”

The way these cases work is simple: The government has questions about a cardiologist and shows a sample of his angiograms—chosen by the government—to a government-hired doctor. The government doctor reviews the angiograms and tells investigators any time he thinks the doctor gave the patient an unnecessary stent.

The government claimed that Dr. Paulus did this “frequently, repetitive[ly], daily.” A trio of government doctors said that between 21% and 50% of the cases they reviewed showed unnecessary stents. The government called this a “pattern” that proved Dr. Paulus was a criminal.

But government doctors are no more reliable than private ones. A difference of opinion on whether or not a stent was necessary is often, well, just that. As one of the judges hearing Dr. Paulus’s appeal remarked, the rate at which government doctors differed with Dr. Paulus wasn’t an error rate but a “disagreement in medical judgment rate.”

What’s more, the government failed to disclose evidence to Dr. Paulus’s lawyers that showed the disagreement rate was in fact much lower. It wasn’t 50% or even 21% but, according to an expert hired by Dr. Paulus’s hospital, just 7%.

The government argued during the appeal that its failure to disclose was harmless because a 7% disagreement rate is still too high. It told the court, as it has in all previous stent cases, that where one cardiologist thinks a blockage blocks less than 30% of an artery and another thinks it’s above 70%, “somebody is right and somebody is wrong.” The government claimed such disagreements “should be zero or close to zero.” So, the theory goes, where a trained cardiologist like Dr. Paulus gets it wrong by calling a 30%-or-smaller blockage greater than 70% enough times, he must be a criminal.

But the appellate court rejected the government’s argument and announced that Dr. Paulus had a right to know and let the jury decide whether a 7% disagreement rate is enough to diagnose him as a criminal. Indeed, the appellate court wondered itself whether it would have rejected Dr. Paulus’s prior appeal had it known this information. How, when the government had known this all along, had Dr. Paulus just been forced to spend nine months in prison?

And so Dr. Paulus is, for the third time since the government targeted him nearly a decade ago, an innocent man in the eyes of the law. If the government elects to retry him, he now has the evidence he needs to show that instead of being a criminal, at worst he may have made, in the court’s words, “occasional mistakes or had occasional differences of opinion.” As doctors, like all people, sometimes do. Messrs. Clark and George are trial lawyers at Baker Botts in Washington. They have defended and advised health-care providers in criminal and civil investigations by the federal government. Mr. George is also a member of the Mid-Atlantic Innocence Project’s board.