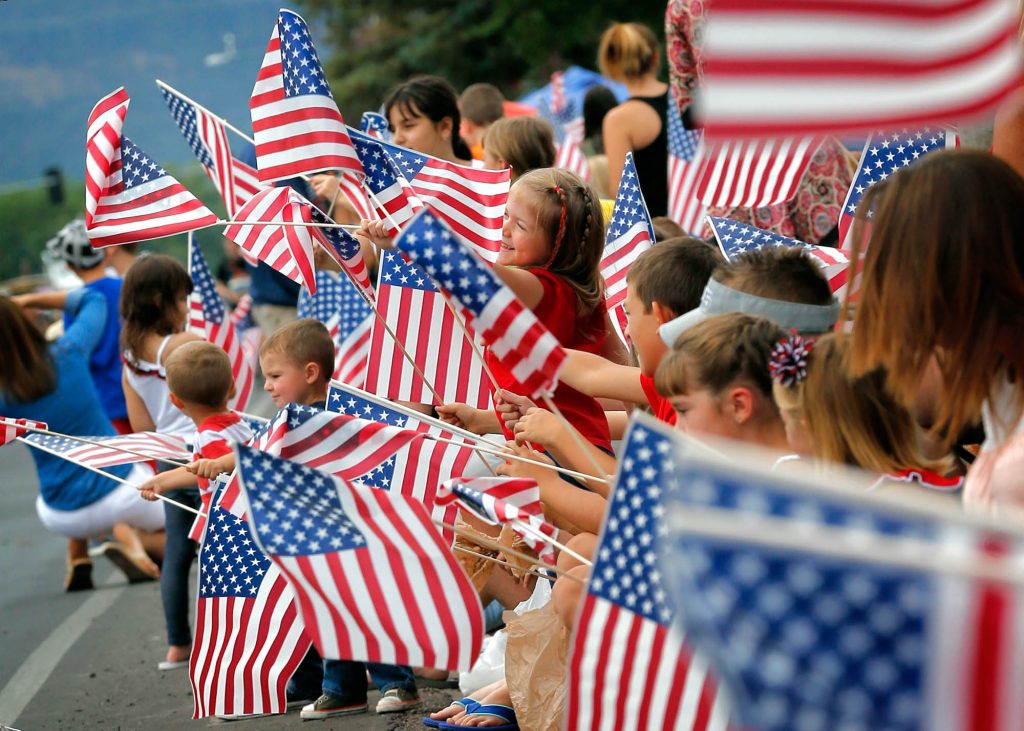 Americans, All Americans, Should Be Grateful for Their Country

The late political commentator Charles Krauthammer said, in describing the constitutional republic established by America’s founders in 1787, that the “American system was and is the most realistic in understanding the fallen condition of the human being.” As a former psychiatrist and student of human behavior, Krauthammer understood and believed in the axiom that, except in very rare instances, power tends to corrupt and absolute power corrupts absolutely. Hence, the unique system of legislative, executive and judicial “checks and balances” established in America’s Constitution was designed to prevent the abuse of power by one person or ruling faction.

In the book, “The Point of It All,” his son Daniel Krauthammer goes on to say that his father believed America to be the “greatest and most miraculous endeavor mankind had ever undertaken in its long quest to get politics right — that America is founded on an idea, and the idea is liberty — that (fact) is the rarest phenomenon in the political history of the world.” The elder Krauthammer went on to say “The lesson of our history is that the task of merely maintaining strong and sturdy the structures of a constitutional order is unending, the continuing and ceaseless work of every generation.”

Krauthammer was grateful for his nation and wished for his fellow citizens to join with him in this gratitude. In fact, he wrote in “The Point of It All” that “you know firsthand in your bones what a blessed place America is — and the role we have played — in protecting our friends and protecting liberty.” He agreed with Abraham Lincoln that America is “the last best hope of Earth.”

Being grateful for something means being appreciative of benefits received and being thankful for something or some act that has occurred. Gratitude is important because it can lead to the character strength of humility, and we Americans should feel both grateful and humbled in remembering and honoring our nation’s formation and the many sacrifices of previous generations of Americans.

Regrettably, in recent years there has been a concerted, increased effort by many in the academic, political and entertainment professions to criticize and otherwise portray America as something of an evil and undeserving country. People speaking negatively about America like to highlight and emphasize the most glaring examples of American wrongs committed against different peoples such as Native Americans and slaves imported from abroad. For sure, many heinous wrongs were committed, but seldom highlighted or discussed are the truly beneficial and good things the American nation and its people have done and brought forth (and continue to bring forth) for not only themselves but hundreds of millions of people around the world.

Regarding Native Americans, some college professors fail to educate students about the warring and combative nature of native American tribes concerning control of hunting grounds and other aspects of competing tribal societies. Tribal warfare was a common feature of many Native Americans and as such, they were not simply peaceful inhabitants of the land (as portrayed by some academics) who were taken advantage of by early American settlers. As humans, many Native Americans no doubt suffered from the same basic frailty as their European counterparts regarding a lust for power, land, captives, slaves and so forth.

Regarding the good things the American nation and its people have done and brought forth (and continue to bring forth), former CNN contributor William Bennet wrote that “in the annals of human history, there has never been a country as compassionate and generous as the United States. When Alexander Solzhenitsyn, the great Russian novelist who defied communism, visited America, he said, ‘The United States has long shown itself to be the most magnanimous, the most generous country in the world. Wherever there is a flood, an earthquake, a fire, a natural disaster, an epidemic, who is the first to help? The United States. Who helps the most and unselfishly? The United States.’” Much to be grateful for here.

When America’s military is victorious in foreign countries against the enemies of freedom and liberty, there is no demand for or requirement to give America the lands set free from oppression. In the words of retired four-star general Colin Powell, “We have gone forth from our shores repeatedly over the last hundred years and we’ve done this as recently as the last year in Afghanistan and put wonderful young men and women at risk, many of whom have lost their lives, and we have asked for nothing except enough ground to bury them in, and otherwise we have returned home to seek our own, you know, to seek our own lives in peace, to live our own lives in peace.”

Americans should understand, appreciate and be grateful for the sufferings, hardships and courage demonstrated by General George Washington, his officers, and the ragtag army of colonial recruits during America’s Revolutionary War with England, which had the most powerful military force in existence at that time. A prime example of these sufferings and hardships was the condition of Washington’s troops during a successful “go for broke” attack early on Christmas Day 1776 against a force of German Hessian soldiers quartered at Trenton, New Jersey. In his excellent 2-volume history, “The War of The Revolution,” historian Christopher Ward describes how many of Washington’s troops “were ragged, shoeless men leaving bloody footprints in the snow — some having tied old rags around their feet but with few complaints.” The diary of Captain Thomas Rodney states that in crossing the ice-clogged Delaware River during the night of Dec. 24 to reach the New Jersey side, “It was as severe a night as ever I saw — (with this) storm of wind, hail, rain, and snow.”

In summary, much more can be said about why Americans, all Americans, should be grateful for their country. It is most important not to succumb to the arguments of those who do not present a well balanced “picture” of America and its history.

Hopefully, reflecting on the greatness and goodness of America, including courageous American grit in the face of grave obstacles, will cause today’s political opponents and factions to pause. After reflecting on the totality of the American “experiment” and all the many sacrifices made over the years for freedom and liberty, hopefully discussions can be continued and interactions made in a more positive, rational manner for the benefit of America as a whole.

Paul S. Gardiner is an avid lover of America, residing in Hoschton, Georgia. He is a retired Army officer, Vietnam veteran and member of the American Legion. He is a graduate of the University of North Carolina at Chapel Hill, University of Alabama and Army War College.