1619 Project Not Fit for Schools 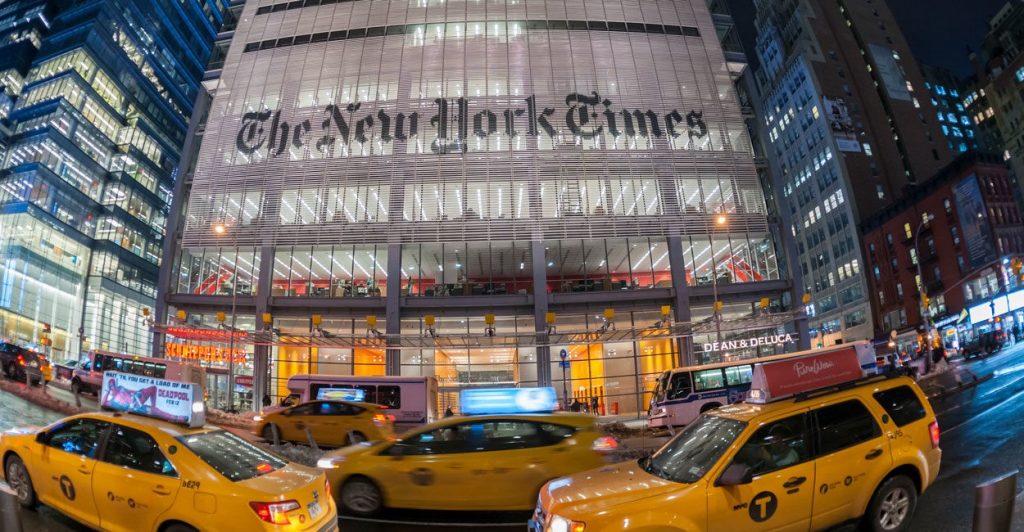 The New York Times has finally admitted a key error in the 1619 Project. It disqualifies it from use in our schools.

After months of criticism from historians all over the political spectrum, the New York Times is finally admitting a fatal flaw to their 1619 Project. A central essay in the project, written by Nikole Hannah-Jones, underwent a major correction this week. Only two words were changed, but they were big words. And given how much they change the underlying argument, the correction shows this project should not be used as a teaching tool in our schools.

In a tweet Hannah-Jones says that sometimes journalists (note she did not say historians) trying to “summarize” and “streamline” can lose important context. So what was the context lost here? In the original she said that maintaining slavery was a primary motivation of colonists in revolting against England. That was one of the most bashed claims in the whole project. Now it reads, that it was a primary motivation for “some of” the colonists.

Today we are making a clarification to a passage in an essay from The 1619 Project that has sparked a great deal online    nytimes.com

The clarification is small — just two words –but important. We add tht slavery was one of the primary motivations for “some of” the colonists to declare independence. As written, it appears that I am saying this was a universal motivation of ALL colonists. I wasn’t clear enough

It is hard to overstate just how massively this correction undermines the entire project. The purpose of this historian-free history of America was to refocus the American story by centering it on slavery. The idea was that 1619, the year the first hattel slaves arrived is the date of America’s founding, not the traditional 1776 with the signing of the Declaration of Independence.

This re-dating of the founding of the United States only makes sense if we accept an ahistorical claim that slavery was a major reason colonists split with England. That is exactly why Hannah-Jones made the claim. It is also why the Times has dragged its feet while a deluge of virtual failed peer reviews poured in from actual historians.

And the motivation for revolution is not the only error that has been found. Constitutional scholars have taken issue with the 1619 Project’s treatment of the creation of the Constitution. As recently as December, New York Times Editor in Chief Dean Baquet was defending the project in his pages against esteemed historians trying to tell him what the Times got wrong.

What is now clear is that plans to use the 1619 Project in public schools, as an aid to understanding the founding of the nation must either be scrapped altogether, or at least delayed until all of the flaws in the documents can be scrubbed. This should not be controversial: historians, not journalists, even well-intentioned progressive ones, should be providing our students with history.

Ironically many of those on the Left who applaud placing this dubious work in our nation’s schools are the same people who decry the outsized influence states like Texas have in the creation of historical textbooks. They claim there is too much conservative influence in the process, but when the New York Times, which has the ideological diversity of the Politburo, writes history that’s just fine.

This was always a bad idea. Even without massive factual errors it was foolish to imagine that a bunch of op-ed writers were capable of creating a new version of American history with which to indoctrinate American students. Say what you will about Howard Zinn’s zany takes on America’s awfulness, at least the guy was a historian.

If there is a silver lining to the cloud the New York Times dropped over American history, it is that the academy, progressive as it tends to be, fought back. That’s no small thing. When leftist writers like Hannah-Jones speak their lived truth, it can be dangerous to tangle with them. But historians did it anyway and finally the Times is beginning to admit its errors.

The New York Times shot for the moon on the 1619 Project. Its goal was nothing short of fundamentally changing the way Americans view the history of their country from a slow painful pursuit of freedom, to a deadly attempt to continue slavery and the oppression of minorities.

Thankfully the project is also a spectacular failure, as so many historians have now pointed out. No school should use these materials in any capacity unless and until they are adjusted to take in the concerns of people who actual know what they are talking about. That is very unlikely to happen, so the best and most responsible way forward is not to teach the 1619 Project at all.