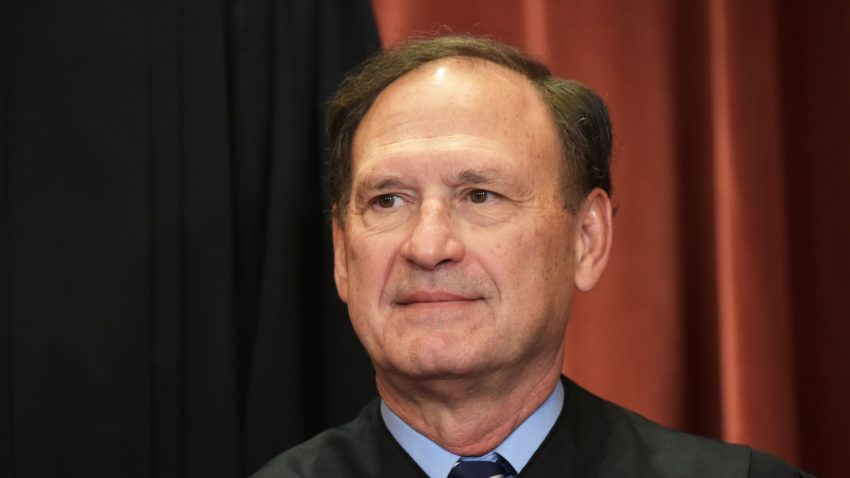 Associate Justice Samuel Alito said on Sunday that he was “not surprised” by the reaction to comments he made last year about state restrictions in response to the CCP virus pandemic.

Alito, 70, told a Federalist Society virtual convention last November that he thought the CCP (Chinese Communist Party) virus pandemic serves as a “sort of constitutional stress test.” He argued that America has “never before seen restrictions as severe, extensive, and prolonged as those experienced for most of 2020” and raised concerns over their impact on individuals’ civil liberties.

The rare public address garnered mixed reactions from lawyers, with some criticizing him for engaging in what they say is political speech.

In a statement to USA Today, Alito defended his statement, saying that the points he made in his November speech followed the same line of argument he made in a previous Supreme Court opinion he authored about the issue.

“Virtually every substantive point in the Federalist Society speech was taken from one of my published opinions or an opinion I joined,” Alito said. The justice is the court’s fourth-most senior member. He also added that he was “not surprised by the reaction.”

In one example, Alito authored a dissent—published in July last year—that raised concerns over Nevada’s decision to enforce a limit on the number of attendees at religious services during the pandemic.

Calvary Chapel Dayton Valley, a Nevada church, sued Gov. Steve Sisolak, claiming that his order placed an unfair limit on churches compared to casinos, restaurants, and amusement parks. The order restricted the number of attendees at churches to 50 while allowing other businesses to operate at half capacity.

The court in a 5-4 rejected the church’s request to lift the restriction, prompting dissenting opinions from conservative-leaning justices.

“The Constitution guarantees the free exercise of religion. It says nothing about the freedom to play craps or blackjack, to feed tokens into a slot machine, or to engage in any other game of chance. But the Governor of Nevada apparently has different priorities,” Alito wrote in his dissent. He was joined by Justices Clarence Thomas and Brett Kavanaugh. Justice Neil Gorsuch authored his own separate dissent.

Sunday marked the Justice’s 15th anniversary of his confirmation to the top court’s bench. He was nominated by President George W. Bush.

During his speech last year, Alito analyzed various trends that began emerging following the spread of the pandemic. One of the trends, Alito said, is the increased reliance on executive actions over legislation as a method to enact new laws.

“The vision of early 20th century progressives and the New Dealers of the 1930s was the policymaking would shift from narrow-minded elected legislators to an elite group of appointed experts. In a word, the policymaking would become more scientific. That dream has been realized to a large extent,” Alito said at the time.

“Every year, administrative agencies acting under broad delegations of authority churn out huge volumes of regulations that dwarf the statutes enacted by the people’s elected representatives. And what have we seen in the pandemic? Sweeping restrictions imposed, for the most part, under statutes that confer enormous executive discretion.”

He also warned about the possibility of abuse when officials are afforded significant discretion, adding that “simply slapping on” the label of “emergency” cannot be a ground for “abrogating our most fundamental rights.”

“And whenever fundamental rights are restricted, the Supreme Court and other courts cannot close their eyes,” Alito said.

His comments came at a time when state officials and courts are facing challenges as they navigate the uncharted waters of the pandemic. Many states, in particular states with Democratic leadership, saw extensive lockdowns and restrictions, which were put in place to mitigate the spread of the CCP virus. However, critics argue that some measures significantly impeded constitutional rights and civil liberties, and at times were applied in an unbalanced way.

Ivan Pentchoukov contributed to this report.