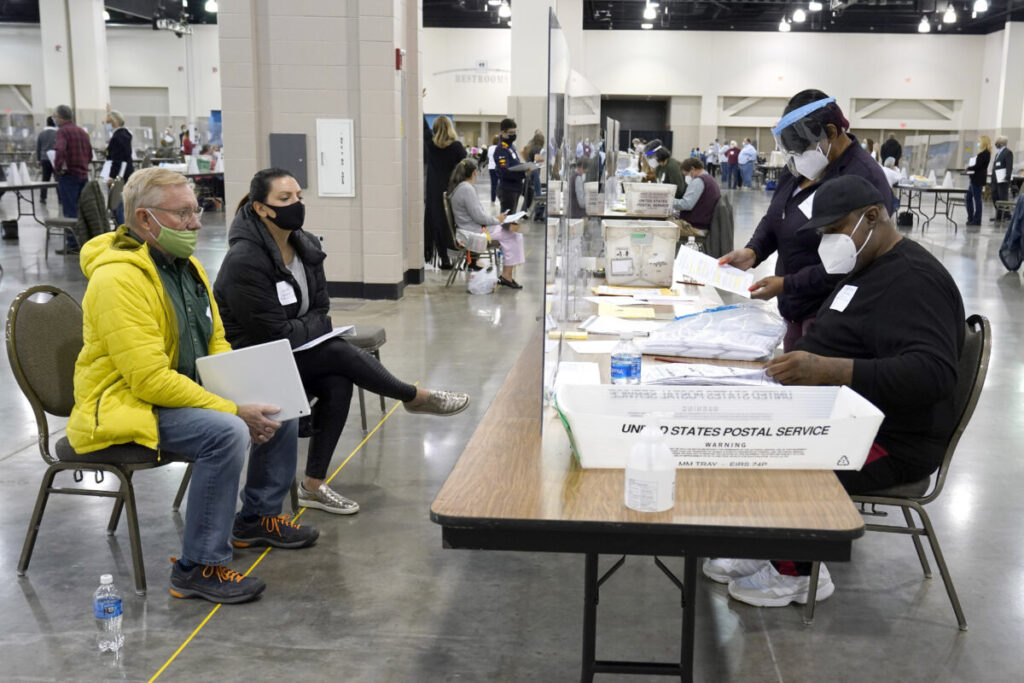 While we wait for the results of the Maricopa County election audit, there’s more being revealed about how the 2020 presidential election was conducted that should concern us all.

This story relates to the hair-splitting some do when it comes to categorizing social media censorship as actual CENSORSHIP; that is, the denial of constitutionally-protected free speech rights. Virtually everyone would agree that if the government does this, it’s censorship. But if a private company such as YouTube or Facebook does it, the argument goes, it isn’t. That’s their business, we’re told, so it’s their call. That’s what their lawyers maintain, anyway.

But what if private business and government are working together to censor communication? And what if the communication relates to an election?

Judicial Watch announced Tuesday that they have documentation that during the 2020 election, California government officials colluded with Big Tech to censor social media posts in the United States. State officials apparently pushed social media companies Facebook, Twitter, Google and YouTube to censor posts as “misinformation.” And since they all were members of the same political party –- guess which one? –- this was done.

A big motivation for Judicial Watch to look into this was that they themselves were targeted in this way on social media. They’ve documented that YouTube (owned by Google) was contacted directly by a state official on September 24, 2020, and told to remove a Judicial Watch video. According to Judicial Watch, the video, which concerned voting by mail, was removed three days later. They filed their request for documents under the California Public Records Act after seeing a December 2020 report that revealed the California Office of Election Cybersecurity had surveilled and asked the social media giants to remove or flag as “misleading” at least two dozen messages.

Once again, the infinitely patient Judicial Watch finally got a response to their request for records, and this time if was in the form of 540 pages and a supplemental 4 pages of documents from the California secretary of state.

Tom Fitton, president of Judicial Watch, now has evidence that SKDKnickerbocker –- a Washington-based communications company that developed the Biden presidential campaign’s vote-by-mail program in Pennsylvania, Michigan, Arizona and Wisconsin (there are those states again) –- was involved in the censoring of speech during last year’s election period. As reported in THE EPOCH TIMES in a premium story , “the company did this by sharing its “Misinformation Daily Briefings” with California officials, who then passed them on to media giants Facebook, Twitter and Google for dissemination, according to Judicial Watch.”

Fitton said, “These new documents suggest a conspiracy against the First Amendment rights of Americans by the California Secretary of State, the Biden campaign operation, and Big Tech.”

He added, “These documents blow up the big lie that Big Tech censorship is ‘private’ — as the documents show collusion between a whole group of government officials in multiple states to suppress speech about election controversies.”

A spokesperson for the California Office of Election Cybersecurity described the public-private collaboration this way: “The Office of Election Cybersescurity in the California Secretary of State’s office monitored and tracked social media posts, decided if they were misinformation, stored the posts in an internal database coded by threat level [!], and on 31 different occasions requested posts be removed. In 24 cases, the social media companies agareed and either took posts down or flagged them as misinformation.”

At the time that pseky December report came out, this spokesperson said, “We don’t take down posts; that is not our role to play.”

Btu we know how “misinformation” is defined in today’s political climate. It means “conservative speech.” It has almost nothing to do with objective truth.

Here’s an example: a Facebook user who implied having voted more than once with multiple ballots had that post taken down on October 31, 2020. And if anyone posted anything about voter fraud, receiving multiple ballots in the mail, or seeing thousands of unopened ballots in a dumpster, and that was routinely taken down. Heck, they’re STILL removing posts that allege voter fraud took place, even posts that offer statistical evidence and comments from cyber experts that support the claim. That type of post is not “misinformation” –– it is opinion that has not been debunked, no matter what Jimmy Kimmel says.

According to Judicial Watch, SKDKnickerbocker lists Biden for President as its top client for 2020. Here’s more about SKDKnickerbocker’s connection to Biden from a press release dated November 12 of last year, right after the election.

“Biden campaign’s Anita Dunn heads back to SKDKnickerbocker,” the headline reads. “Dunn had been working with the President-elect’s team before the Democratic primaries began,”

Before the primaries, Dunn was working at SKDK and part-timing for Biden. But she later took full leave to be a part of Biden’s campaign. She was in charge of “message coordination, in particular with SKDK.” At the time this press release was written, the transition period was starting and Dunn was easing herself back into the agency.

“Dunn has a long history of working on Democratic campaigns,” it says, going on to cite her senior staff role during President Obama’s 2008 campaign. Read this release; it’s an eye-opener when you consider that this person was likely spearheading the work the campaign was doing with state government offices, which in turn collaborated with social media.

Something about this smells really bad.