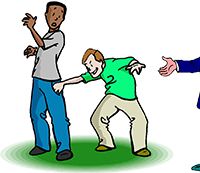 When the Inspector General of the US Department of Labor (DOL) announced in March that his office estimates that $63 BILLION in improper payments were made in the unemployment program alone since the pandemic began, US Rep. Kevin Brady (R-TX) described it as an “epidemic of fraud.”

He also pointed out that the $63 billion lost “is larger than the entire budget of the Department of Homeland Security.”

Yet that might be the low end. Others have estimated the amount lost may be as high as $200 billion.

Unemployment scammers have worked hard in at least one way. Month in and month out, they’ve produced the most colorful stories of fraud during the pandemic.

From the Nigerian fraud ring that stole hundreds of millions of dollars from Washington State’s Employment Security Department to a California rapper named Nuke Bizzle who made a music video about stealing unemployment benefit cards before officials arrested him, the unemployment program’s vulnerability has inspired creative criminals.  The Foundation for Government Accountability has been keeping track of unemployment fraud and published a top 10 list of the most egregious fraud cases last year.

Unfortunately for businesses that pay unemployment insurance costs, the fraud is rampant, widespread, and showing no signs of slowing down.

But unemployment is not the only kind of fraud that’s gotten much worse. It might not even be the most expensive.

Medicaid’s improper payment rate, which is driven by fraud, exploded from less than 15 percent in 2019 (already an outrageous number) to over 21 percent in 2020. That translates to more than $85 BILLION in Medicaid fraud or almost the entire budget for the Department of Transportation.

Much of this is either willingly tolerated by the left or even planned. When Congress passed the Families First Coronavirus Response Act (FFCRA) in March of 2020, it restricted states from removing almost any enrollee from Medicaid, even if they become ineligible or commit fraud.

And Medicaid already had other provisions, like hospital presumptive eligibility, characterized by some as “fraud by design.”

The pandemic has only exacerbated many of these longstanding problems. The FBI’s Atlanta Field Office, for example, discovered a man who stole the identities of thousands of children when they signed up for after-school programs like football camp and charged state Medicaid programs for fake mental health services he never performed.

Beyond the existing unemployment and Medicaid programs, the federal government created several new programs during the pandemic, which have only generated new forms of fraud.

Congress and the Trump Administration designed the Paycheck Protection Program, or PPP, to infuse easily-forgiven loans into small businesses to keep payrolls afloat. But that’s not always where the money has gone or what it was used for.

In Minnesota, a man forged documents and bought a Harley Davidson. Another man in Florida took $3.9 million in loans from the Paycheck Protection Program and bought a sports car worth more than $300,000, among other things.

By January of this year, over $340 million in attempted fraud was perpetrated through PPP.

And, of course, the IRS has warned the public from the very beginning about multiple, ongoing scams related to the economic impact payments, or stimulus checks, the agency has processed during the pandemic.

If money is the root of all evil, the federal government’s yearlong pandemic spending spree seems to have planted quite a few seeds.