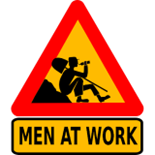 The pandemic divided Americans into two classes: those who could work from home and those who could not. Federal government employees were members of the privileged class.

And they don’t want that to change.

The utility of federal agencies could roughly be measured by whether their employees were mostly showing up to work, the Department of Defense, Homeland Security and Veterans Affairs, or were permanently out to lunch like the Department of Housing and Urban Development which did the vast majority of its work over the internet..

While the pandemic is over, the privilege of the political pajama class isn’t.

Long before the pandemic, Obama had signed into law the Telework Enhancement Act of 2010. Two years before the pandemic, Rep. Sarbanes of Maryland, who had originally introduced the Act, alongside Rep. Gerry Connolly of Virginia, both of whose districts are full of federal workers, proposed the Telework Metrics and Cost Savings Act to free even more federal employees from having to come to work. The 2018 Telework Metrics and Cost Savings Act wanted over a fifth of federal employees working from home in response to efforts by the Trump administration to get them to come to the office.

“We must push back against the Trump administration’s repeated attacks on federal telework programs,” Sarbanes had complained.

That bill never went anywhere, but it’s now being rebooted by Sarbanes and Connolly as the 2022 Telework Metrics and Cost Savings Act with a new post-pandemic gloss.

The bill once again includes a ‘floor’ on online work for government workers.

Rep. Sarbanes told an interviewer that his bill would “pressure, in some instances, the agencies, all agencies, to look at how they can embrace telework.”

During his State of the Union address, Biden had promised that, “The vast majority of federal workers will once again work in person.” The telework push violates that promise which was never properly implemented. At the time, Republican House members Rep. James Comer and Rep. Jody Hice had warned that not only weren’t government workers back on the job, but that the Office of Personnel Management was describing a transition to a “hybrid work environment” and promising to use the experience of the pandemic to “integrate telework and remote work”.

Biden, his speechwriters and his teleprompters were not telling the truth. The administration’s appointees and political allies had been hard at work, figuratively, cutting attendance requirements and allowing federal employees to stay home well after the threat had passed.

A month later, Rep. Yvette Herrell had proposed her SHOW Up Act, which argued that “Americans are struggling to receive their tax refunds, veterans are having difficulties accessing their benefits, and it’s all because of backlogs created by expanded telework policies for federal bureaucrats. It is long overdue for the federal workforce to return to work in person.”

But pandemic ‘zoom’ work was not a temporary phenomenon. Nor was it meant to be.

Rep. Connolly cheered that due to the pandemic, “the cultural barriers to telework have essentially collapsed.”

Rep. Sarbanes boasted that, “You’re going to continue to see a real premium on this that has been kind of enhanced and introduced to a lot of the workforce because of the pandemic.”

This is not about the pandemic. It’s a longstanding effort by politicians who represent government workers legislating to protect them from having to actually work. Much as teachers’ unions tried to keep schools closed in order to force a permanent transition to ‘zoom class’, federal unions exploited the pandemic to fundamentally restructure what their jobs look like.

The teachers didn’t want to come back to work. Ever. Neither do federal bureaucrats. And both have powerful unions and a lot of politicians working for them, not for citizenry.

While some remote work makes sense, the pandemic push to have federal government workers stay at home proved disastrous.

25% of Department of Health and Human Services personnel didn’t even bother logging in.

A Functional Government Initiative report revealed that HHS had discovered that, “on any given day from March-December 2020, between 20-30 percent of HHS employees did not appear to be working”. The report had to be leaked because of the partisan political pressure to push telework without any regard for the consequences to citizen services or national security.

Senior citizens and disabled people calling social security hotlines were unable to get through because the SSA had put workers who couldn’t take calls at home on leave. The IRS proved even more dysfunctional with offices overwhelmed and hotline calls going unanswered.

National defense, which has already been compromised by multiple Chinese and Russian hacks, has new vulnerabilities being introduced in order to accomodate online work for people handling classified materials. Despite that, Biden’s Defense Department people are pushing telework because national security isn’t a Democrat priority, but catering to federal unions is.

“As we look at our reentry to the workplace, we can’t expect to return to ‘business as usual’,” Deputy Defense Secretary Kathleen Hicks argued. “Throughout the pandemic we learned a lot about how we can embrace telework.”

While career bureaucrats like Hicks “embrace” working in their pajamas, thousands of active duty military personnel who risked their lives under fire are being forced out over Biden’s illegal vaccine mandates. The same policies are destroying the military in two complementary ways, firing heroes who actually show up in the line of fire, while enabling DOD bureaucrats to log in online to their daily diversity seminars. This is a simple process for destroying the military.

It’s understandable that federal unions want to use politicians like Sarbanes and Connolly to maximize their benefits. And that includes not having to commute to work. Especially in Washington D.C. The country would probably get along better if the majority of federal employees stayed home and never showed up to work at all. Especially in the EPA and the Department of Education which make the country worse each hour that they’re on the job.

But the demands for telework are another painful reminder to most of the country that the balance of power long ago shifted away from voters and to the administrative state. And while we would be better off without much of the federal government, telework tends to hit customer services first as we saw with the IRS and social security hotlines. Federal agencies won’t actually stop working or cashing checks, but they will be sloppier in ways that hurt people.

Telework will then make accountability and getting answers much harder to achieve.

National security agencies pursuing telework benefits are exposing even more of our systems to our foreign adversaries. Even when online work doesn’t involve any classified information, remote accesses help open doors that our enemies can begin to exploit.

And it’s not only agencies and departments that are directly intelligence or military in nature whose telework poses a national security threat.

The Office of Personnel Management is at the epicenter of both engaging in telework, (75% or more of OPM employees worked remotely during the pandemic), and promoting it to the rest of the government, but it was responsible for one of the worst government hacks under Obama.

The OPM hack by the Chinese Communist regime exposed tens of millions of records and provided the enemy in Beijing with a thorough list of government employees including possible secret operatives. Hearings into the hack revealed that OPM had not secured the majority of its own systems. And that a contractor who had been brought on board to manage personnel records had one administrator in Argentina and another in China.

Telework is a bad risk.

Americans already pay for a massive government bureaucracy. Would it be too much to ask its members to actually show up to work?