Leftists Consolidate Their Power In Washington By Killing Federalism

With federalism out of the way, elites in Washington can more easily crush alternatives.

Even the most casual reader of history knows that rule by progressivism involves a powerful federal government controlled by elite experts who know better than the rest of us how America should progress.

Dr. Tony Fauci is the most glaring and recent example of this “philosopher king” rule from Washington. The problem for leftists, or self-proclaimed progressives, is that too many Americans have no interest in being ruled by Washington, so they rarely gain the political power to enact their left-wing agenda. 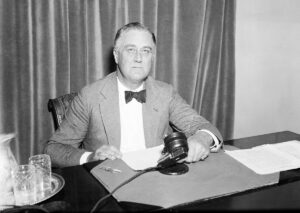 Even when progressives gained political power, the judiciary checked their plans. That worked until President Franklin Roosevelt threatened to pack the Supreme Court by adding justices who agreed with his view of the Constitution. Thereafter, progressives began their long war to transform America. The key to that transformation was to kill federalism, as progressives knew successfully run conservative states would serve as beacons of freedom undermining their push for control.

With Donald Trump’s election in 2016, the counterattack against the Washington swamp swung into action. The Trump administration took an ax to the regulatory administrative state that had arisen over the previous 80 years, thereby lessening the burden on businesses and individuals and unleashing the economy. With three Supreme Court justice appointees in four years along with 200 appellate and district court appointees, Trump hopefully reinvigorated the judiciary to once again at least somewhat check the federal government.

Equally important, Trump rescinded the California exemption on emissions that allowed that state to set energy policy for the rest of the country. Because of its population size, California’s emission standard functionally served as a national standard since automakers would manufacture cars compliant with it, which made cars more expensive for consumers in the rest of the country.

With Trump’s loss, however, and despite the razor-thin outcomes in the House and Senate, leftists didn’t waste any time in assailing the gains Trump made. As of now, they haven’t killed the filibuster in the Senate, so their plans to pack the Supreme Court and ram through their full agenda on simple majorities is on hold. Still, their mission to rein in well-run red states is in high gear.

Within hours of being sworn in, President Joe Biden issued executive orders repealing as many of Trump’s policies as possible, easily breaking the record for executive orders issued in the first months of a presidency. 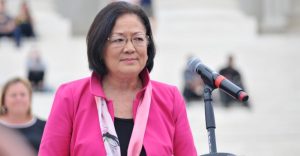 By passing the $1.9 trillion blue-state bailout, leftists have neutered any fiscal advantage red states had over their poorly run blue state brethren, who stayed locked down to hurt the economy and weaken Trump’s reelection effort. Blue states now will able to rescue gold-plated government pensions and cover budget deficits incurred by their economic bloodletting. By restricting the ability of recipient states from cutting taxes, progressives have ensured high-tax blue states won’t lose even more competitive ground to low-tax or no-tax red states.

This “free money” also will tempt states that held out on expanding Medicaid under Obamacare to reverse course. Doing so will only mean Medicaid will swallow an increasing amount of state budgets and limit their fiscal options going forward, which is what the progressives want. Ohio is case in point: Medicaid spending now eats up more than 50 percent of the state budget and its spending has jumped by 70 percent since before expansion in 2013.

Next up on the agenda is the passage of the Protect the Right to Organize Act (PRO Act), which the House recently passed. While supporters will tout other provisions of that bill, its real purpose is to kill right-to-work in the 27 states that have passed such laws since 1947.

Right-to-work states have dominated private-sector job growth for decades. Since 1990, right-to-work states have more than double (52.8 to 21.3 percent) the private-sector growth as forced unionization states. As with taxes, progressives know that right-to-work renders heavily unionized blue states uncompetitive in the job market. There is a reason Boeing announced it was shifting even more work from Seattle, Wa. to Savannah, Ga.

Critically, the advantage right-to-work states have even extends to the recovery of job losses during the pandemic. Specifically, 18 out of 20 of the states with the strongest jobs recovery over the last year are right-to-work states, while 18 of the 20 worst are forced-unionization states. By eliminating right-to-work, progressives can keep their union boss buddies well-fed and kill more competition between the states so laggard blue states can compete.

There is a reason leftists and their media allies belittle Gov. Ron DeSantis’s successes in Florida as they hide Gov. Andrew Cuomo’s failures in New York.

Conservatives like to refer to states as laboratories of democracy. A more accurate way to describe them is laboratories of competition. Leftists get that distinction, so they will do whatever it takes to kill ways for states to compete on policies, thereby ending federalism in practice. With federalism out of the way, elites in Washington can more easily put in place their leftist ideas.

Americans love to compete. Conservatives must fight fiercely to ensure states retain their freedom to compete. Our country’s very future depends on winning that fight.