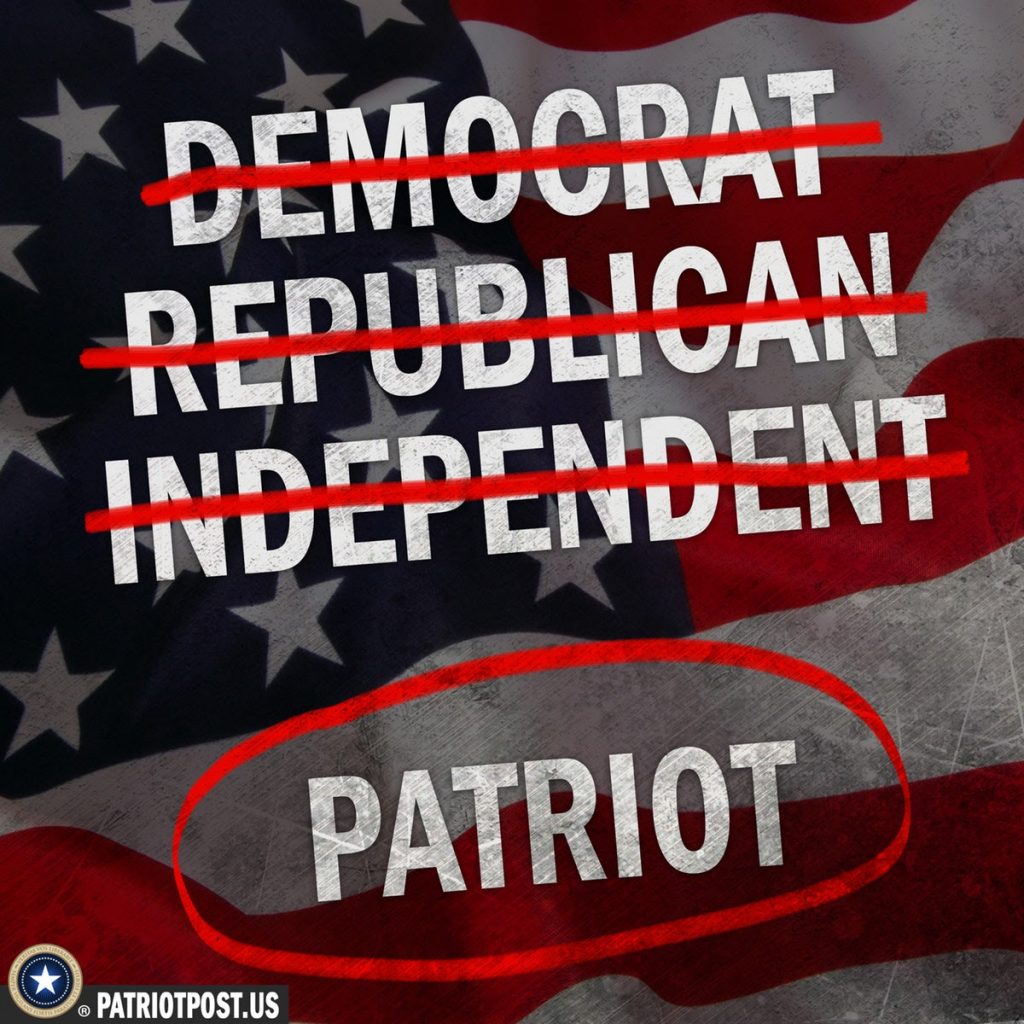 Almost everybody has an embarrassing story of a drunk relative who ruined a family gathering or holiday get-together. That’s what the American left did this weekend during America’s 245th birthday party. It showed up drunk on wokeism.

Nothing was spared. No sacred icon or historical figure from our noble past was off limits. No table was left unturned by not one but a whole drunk family of leftist malcontents. Here are some of the worst incidents.

If a wrecking crew arrived at a party this intent on destroying it, we’d call the police. But that would only outrage this gang even more because they hate the police too! If the Chinese communists wanted to disrespect us on our birthday, they couldn’t have done a better job than our so-called “fellow Americans” did.

Speaking of communist China, it did have something to say about July 4th. Beijing’s official propaganda outlet published an editorial that could have been written by Rep. Cori Bush, Bernie Sanders or AOC. It slammed America as “selfish,” stated that racial strife is “almost unbridgeable” and declared that America is now “in its least confident stage.”

In recent years, it’s been shocking to hear Ilhan Omar, Rashida Talib, AOC, Bernie Sanders and other radicals regularly slander the nation of Israel. They just can’t keep their anti-Semitism under control.

Liberal leaders know it’s so over-the-top that they have to at least slap them on the wrist. What’s striking now is how vicious attacks against our own country by the same crowd are just shrugged off.

Where’s the press conference by Speaker Pelosi and Majority Leader Schumer denouncing Cori Bush and other “progressive” members of their party who routinely slander our nation, even on the Fourth of July?

More often than not, we get lectures that we should take pride in their exercise of “free speech.” We live in a time when anyone who appears to express hatred for a particular race is beyond the pale, as it should be. But why are so many liberals so glib about people who seemingly hate America?

One of the reasons we have so much illegal immigration is that many left-wing cities have declared themselves to be sanctuary cities.  They are telling illegal aliens, “Come to America and hide here in San Francisco, Seattle or New York.”

The left is doing the same thing for anti-Americanism. It’s providing a sanctuary for it. There’s no shame among leftists in interrupting the national anthem, burning the flag or saying, “America is so evil that it needs to be fundamentally transformed.” That’s what critical race theory is all about – tearing down the country so it can be “fundamentally transformed.”

And there’s no shortage of liberals who provide sanctuary for this hatred by applauding it as “freedom of speech,” while they applaud Big Tech for censoring expressions of conservative speech and conservative ideas.

Gov. Andrew Cuomo infamously said that pro-life Americans have no place in New York state. Has he or any left-wing governor or senator ever said, “If you hate this good and decent land, don’t come here”?

Rep. Ilhan Omar recently compared the United States and Israel to Hamas and the Taliban. (How’s that for hating America?) After initially denying the comparison, she later doubled down, telling CNN’s Jake Tapper that she did not regret the comparison she claimed she didn’t make. Omar then proceeded to attack Jewish Democrats for being “Islamophobic” and not real “partners in justice.”

Pastor John Hagee and Christians United for Israel (CUFI), a tremendous organization I have worked with for many years, issued a statement blasting Omar as unfit to serve on the House Foreign Affairs Committee.

They are demanding that Speaker Nancy Pelosi no longer tolerate Omar’s anti-Semitism by removing her from the House Foreign Affairs Committee.  Click here to sign CUFI’s petition.

As you know, a gang of Republican senators – Cassidy (LA), Collins (ME), Murkowski (AK), Portman (OH) and Romney (UT) – made themselves feel really good by negotiating with the Biden White House for weeks on an infrastructure deal. They thought they were showing America that bipartisanship can work again.

They were blindsided when Joe Biden threatened to veto the bipartisan bill of “only” $1 trillion unless he also got a second bill worth $4 to $6 trillion. After significant blowback, the White House was forced to issue a statement clarifying what Biden meant.

Even the Washington Post had trouble keeping up with Biden’s ever-changing position, evidenced by this headline: “Biden Reverses Himself On Infrastructure, Says He Would Sign Bipartisan Deal.”

But Speaker Nancy Pelosi upped the ante, saying it was “all or nothing.” Either Democrats get everything they want, meaning both bills at a $5 to $7 trillion price tag, or nothing passes, even if Republican and Democrat senators agree on it.

And what was the reaction of the Republican senators who negotiated the bipartisan deal? They said they trusted Joe Biden. They trust that the White House’s written statement is what Biden really believes, not what he said 48 hours before.

Why am I bringing this up again?

A bunch of Republican consultants and officeholders still can’t figure out how Donald Trump won the GOP nomination and why he remains the leader of the Republican Party today. It’s partly because of what is happening on these infrastructure bills.

Throughout the 2016 primaries, polling found that conservative voters felt “betrayed” by the Republican Party. (Here and here.) Why would they feel betrayed? Because of things like this — a handful of Republican senators are willing to deliver a “bipartisan win” to Joe Biden, proving once again that there is an “Evil Party” and a “Stupid Party.”