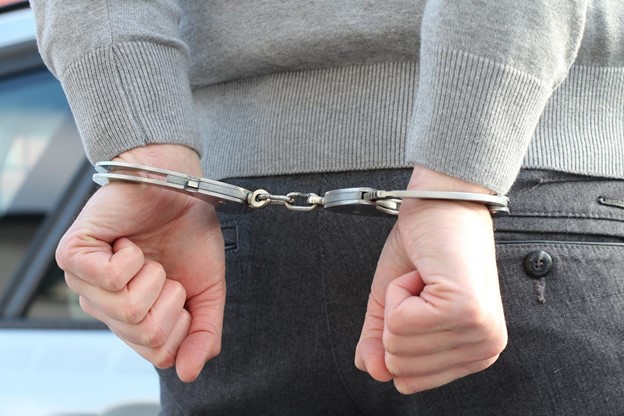 How the Vichy French government used bureaucracy as a weapon against Jews and others.

In 1941, Clara Abramowicz, a naturalized French citizen, was officially “denaturalized” by the Commission for the Review of Naturalizations, a creation of the new, quasi-fascist French government in Vichy: that is, her citizenship was revoked. A year later, she wrote to the chair of the commission asking that the decision be nullified and that she and her family be reinstated as French citizens. Six months later, scrawled across her handwritten plea, the prefect of police in Paris refused her request: “Although the concerned party and her family have been the objects of no unfavorable notice, I judge, for my part, that their return to the French community presents no interest.” Thus with a quickly scribbled sentence did one more Jewish family remain in the stateless category that would eventually lead to their deportation and death. A few days before the decision was handed down, Clara had been deported to Majdanek, a Nazi death camp in Poland.

Violence against civilians took many forms during World War II in Europe: labor camps, death camps, Einsatzgruppen (platoons of German soldiers trained to execute individuals), lynching, starvation in ghettos. All were recorded—in reports, photographs, films—and all have seared our memory. But perhaps the deadliest of all weapons used to eradicate individuals—Jews, communists, Roma, freemasons and others—were the pen, the stamp and paper. In “Denaturalized,” Claire Zalc combines the precision of the scholar with the passion of a storyteller. She seeks to reanimate the lives snuffed out by an apparently anodyne bureaucracy composed of Frenchmen, most of them unaffiliated officially with the neo-fascists of Philippe Pétain’s government in Vichy—just “normal” bureaucrats, holdovers from the Third Republic, which had been replaced by the Vichy state in 1940. This bureaucracy of drones routinely stamped and signed denaturalization papers and thereby condemned to statelessness thousands of French citizens.

Ms. Zalc, a professor in Paris at the École des Hautes Études en Sciences Sociales, presents a little-known history of how the bureaucracy of the French state used its powers to identify and track more than 15,000 naturalized French citizens, mostly Jews, between June 1940 and mid-1944. The law of July 1940 that established a bureaucracy to review naturalization, she says, promoted “a conception of nationality that broke with the [more liberal] republican tradition.” There was no sign of anti-Semitism in the first version of this law, only an emphasis on what constituted “Frenchness.” But a strong odor of racism permeated the document. In ironic counterpoint, the bureaucrats who, between the wars, had been involved in defining and awarding citizenship were now charged with defining “denaturalization.” As Ms. Zalc shows, ideology and bureaucracy collided, offering a large, borderless range of definitions, penalties and rewards that sowed confusion among those unfortunate enough to be caught in this definitional labyrinth.

How does one identify as a “foreigner” someone who was naturalized in the 1920s or 1930s and had become well established as a productive French citizen? It came down to names and thus to ethnicity—and thus to the targeting of Jews. As Ms. Zalc puts it, summarizing the Vichy regime’s view: “Good Gauls were not Jewish.”

The archives of the Commission for the Review of Naturalizations have disappeared, and only bits and pieces, hidden or forgotten in police archives throughout formerly Unoccupied France, are available from which to compose a mosaic of bureaucratic obsession with the supposedly threatening presence of naturalized French citizens. Ms. Zalc has scoured provincial and urban archives to find evidence of a bureaucracy’s persistence racism while identifying enough personal cases to allow us to see how individuals and their families were held, often for years, in this purgatory of non-nationality. At one point, Ms. Zalc describes seeing a pile of I.D. cards that had been confiscated from the “denaturalized”; the cards had been lying untouched since the 1940s in the archives of a provincial police station.

To describe this remarkable book as but a bureaucratic history is to deny its originality as an ethnographic study of all types of agents and pleaders and as a work of investigation. The many letters of protest from people suddenly and inexplicably deprived of their French nationality demand re-reading and reveal a poignancy that must have moved many bureaucrats, themselves caught in the gray world of what constituted “Frenchness.” Canceling one’s French citizenship was the first major step toward threatening one’s life. Jobs were lost; subventions short-circuited; social connections broken; property confiscated. Soon the hunt began for those who had been “denaturalized,” as roundups became increasingly frequent, especially roundups of Jews.

Throughout “Denaturalized,” Ms. Zalc endeavors to distinguish those who were the true collaborators and those who were cogs in a pitiless machine of paper, pen and rubber stamp. And she conveys the experience of those who woke up one day to a postman delivering an official notice. “Please report to the local police station. Your French citizenship has been revoked. Bring your citizenship papers.” The anguished answers of wives, husbands, parents and grandparents—many of whom had lived in France for generations—are placed before us with both tenderness and cold anger.

This is a deftly written book. Ms. Zalc combines in an accessible style (smoothly translated by Catherine Porter) the stories of people trapped within a bureaucracy that was as obsessed, perhaps, with clearing files as with hunting Jews. In other words, Ms. Zalc reminds us how cruel the banality of indifference could be.