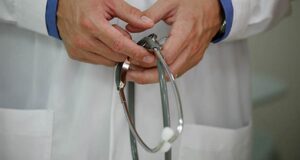 A top European leader has denounced the global COVID-19 “vaccine campaign” as the “biggest crime ever committed on humanity.”

German politician Christine Anderson, a Member of the European Parliament, issued a powerful statement condemning vaccination programs around the world.

Anderson warned that “unscrupulous” “globalist elites” are waging war on humanity by forcing the public to get vaccinated.

Anderson is the political spokesperson for the ID parliamentary group in the European Parliament through her party Alternative for Germany.

The German MEP also had words of praise and encouragement for those who are courageous enough to stand up for their convictions and defy the globalist elites.

“You are very brave people,” she said.

“Bravery is actually what it takes.

“Courage is what it takes to stand in the way of the globalist elites because they are unscrupulous, and they will do whatever they can.”

Anderson is not one to mince her words.

During Canada Prime Minister Justin Trudeau’s visit to the European Parliament in March, she took the opportunity to set the record straight.

“Mr. Trudeau, you are a disgrace for any democracy,” the German MEP said.

Anderson went on to accuse Trudeau of civil rights violations during the trucker convoy protests, calling him a dictator who treats citizens as “terrorists.”