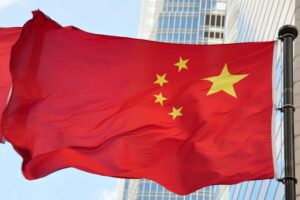 Identifying an Enemy of the Constitution, Part Four

In 2019, I published an article entitled “Against all Enemies.” I had pondered the clause on “domestic” enemies in the military oath for years, but meaningful conclusions about actions have been elusive. This is the fourth article in a series that revisits the question, focusing on identifying a domestic enemy.

The previous article in this series introduced eight components of the United States as possible “attack points” for a domestic enemy. Since each of these components is itself domestic, each has the potential either to attack or be attacked by one of the others.

Americans have always believed that their government was looking after their best interests. This is because the founders set up a republic where justice and the rule of law were to prevail. It was the purpose of our limiting, written Constitution. But such synergy has not always existed throughout history. Aristotle classified governments that did not protect the best interests of the citizens as “divergent.” Part three of this series demonstrated this divergence in the United States today.

Americans have also believed that their institutions’ goals were aligned overall with their best interests. Society’s cohesion depends upon it. That is what makes them the prime targets for any enemy. Disrupt a society’s institutions, and the society[1] becomes unstable and confused. Government is the ultimate societal institution.

Gramsci was the first socialist to identify what has become known as “the long march through the institutions” as a part of his theory of cultural hegemony.[2] The phrase itself was coined in the 1960s by Rudi Dutschke.[3]

Supporting invasion or otherwise levying war on the states is another question. Is an institution that is guilty of treason an enemy of the Constitution? One way an institution can commit treason is to support an invasion of the states (like is happening on the border). As the Chinese enumerated, jamming the courts or trying to harm the economy of any/all state(s) would be an act of war that could be considered treason. In particular, offshoring has the real potential to be judged treasonous. Is depriving any/all states of jobs an act of economic warfare?

Whereas the institutional support for the invasion of the southern border is clearly treason, qualifying the use of the court system or economic maneuvers as either lawfare or economic warfare is difficult to quantify. On the other hand, there are forms of network warfare that are clear – like denial-of-service attacks. There are US institutions today that are guilty of treason but have not been prosecuted for it. One of the things the framers were particularly concerned about was the states warring against each other. Since covid, we have had some skirmishes between the states that could lead to a constitutional crisis.

The institutions of society are constituted by people. As Jerry Pournelle pointed out with his Iron Law, there are two groups within any organization:

AND the second group (2) will always gain control and make the rules. This makes group two the focus of concern in determining individual domestic enemies of the Constitution.

[1] “little-c” of Eskridge and Ferejohn, Super-Statutes: The New American Constitutionalism by Eskridge & Ferejohn, The Least Examined

[3] Parsons, Nicholas T. “The Long March through the Institutions – Douglas Murray’s Book on Our Civilization and Its Discontents.” Hungarian Review, May 7, 2020. https://hungarianreview.com/article/20200515_the_long_march_through_the_institutions_douglas_murray_s_book_on_our_civilization_and_its_discontents/.

[4] I would add “and consequently themselves”

Identifying an Enemy of the Constitution, Part Four