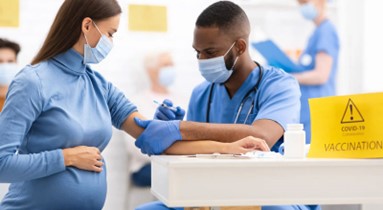 CDC: Miscarriages and Stillbirths Spiked 4070% Since 2020

Bombshell data from the U.S. Centers for Disease Control and Prevention (CDC) shows that a staggering 4,070 percent increase in miscarriages and stillbirths has been recorded in the United States since 2020.

The disturbing spike is revealed in data from the CDC’s Vaccine Adverse Events Reporting System (VAERS).

VAERS is the federal government’s vaccine safety surveillance program that helps to detect unusual or unexpected reporting patterns of adverse events for vaccines.

The system stores records of any reactions to vaccines through real-time reporting.

The news comes after the U.S. Food and Drug Administration (FDA) revealed last week that Pfizer’s Covid vaccines have been linked to blood clotting.

As Slay News reported, FDA researchers found that the vaccines are linked to pulmonary embolisms in older people.

A pulmonary embolism is blood clotting in the lungs.

Pfizer recently admitted that its testing of the shots was very limited before they were rolled out for public use.

In October, Pfizer’s President of International Developed Markets Janine Small admitted under oath that the vaccine had never been tested on whether it prevented transmission of the disease before it entered the market, as Slay News reported at the time.

Experts have long been raising the alarm about the shots’ links to myocarditis and other cardiac injuries.

Warnings about the risks have been suppressed for some time, however.

And now that Twitter has started to crack down on censorship, the message is beginning to disseminate throughout the mainstream.

But what’s not getting a lot of attention is the unbelievable spike in miscarriages and stillbirths.

The following charts show the dramatic increases according to OpenVAERS:

Miscarriages as a result of a non-covid vaccine seemed to spike in 2008 around the HPV vaccine.

Meanwhile, countries around the world have been reporting soaring numbers of non-Covid sudden deaths.

Germany recently raised the alarm after newly unsealed data shows that “sudden deaths” are exploding in the country.

Newly released insurance data for 72 million people shows that unexpected deaths have been skyrocketing since the end of 2020.

The number of sudden deaths has more than doubled since late 2020, jumping from about 6,000 per quarter to 14,000 currently.

In Australia, officials are also warning that the country’s excess deaths have soared to an “incredibly high” rate.

An analysis of Australian Bureau of Statistics (ABS) data by the Actuaries Institute shows a 13 percent rise in deaths during 2022.

The data revealed that an additional 15,400 people died in the first eight months of the year alone.

The deaths were listed as non-COVID-19 fatalities.

Frank Bergman is a political/economic journalist living on the east coast. Aside from news reporting, Bergman also conducts interviews with researchers and material experts and investigates influential individuals and organizations in the sociopolitical world.