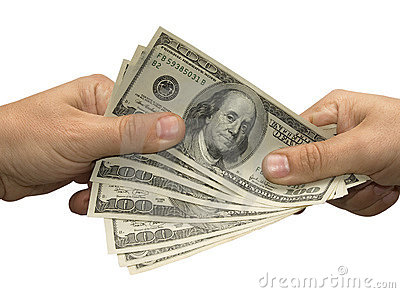 The Alternative to a Bailout for Fiscally Mismanaged States

If New York and Illinois spent like Florida and Texas, they’d save enough to put away the tin cup.

The Covid-19 pandemic and shutdowns have created a challenging situation for many states—especially those that didn’t prepare. Illinois has a rainy-day fund that would keep the state running for about 15 minutes. Many governors now seek a federal bailout, but borrowing trillions more will only make matters worse for taxpayers, who eventually must pay off the debt.

Every state provides the same basic services, but some do it at much lower cost, which allows them to have lower taxes. Under law nearly every state must at least attempt to balance its budget, so taxes and spending are two sides of the same fiscal coin. The 41 states with an income tax spent 55% more per resident in 2018 than did the nine states without an income tax. Florida, which doesn’t have an income tax, spent the least, at $2,327 per resident. Texas and New Hampshire, also without income taxes, have the next lowest spending at $2,585 and $2,773, respectively. New Hampshire is frugal enough to avoid a sales tax.

Now that the pandemic has constricted revenue and blown out budgets, high-spending states are at the front of the line for a federal bailout. New York, which has an income tax, spends $5,231 per resident. Gov. Andrew Cuomo threatens to cut services unless he gets a $60 billion bailout over two years. If New York spent at Florida’s level per resident, the Empire State would save $56.7 billion each year.

If Illinois Gov. Jay Pritzker were to trim his state’s per resident spending to match Texas’, he would save his taxpayers $22.3 billion a year—and there would be no need for any income-tax increase. Gov. Gavin Newsom could save Californians $64.6 billion annually if his state matched New Hampshire’s spending.

Those who claim that spending less will cause service cutbacks are like kidnappers making ransom demands. Too many elected officials would rather have taxpayers submit to a tax increase now, or pay off bailout debt later, than do the hard work of eliminating unnecessary spending. “You’re not going to find many places where you just take a cleaver and hack off a big piece of fat,” former Indiana Gov. Mitch Daniels observed of Purdue University, of which he is now president. “Just like a cow, it’s marbled through the whole enterprise.” That’s true of state government in general.

In most states, the appropriation process resembles a negotiation between the legislature and government agencies how much to increase the prior year’s budget. Lawmakers don’t typically assess the necessity or effectiveness of discretionary spending, because that’s not how the process was designed. Instead, states should move to priority-based budget systems. At the start of the process, legislators would make a systematic effort to determine what the state needs to do and how those priorities could be achieved efficiently. It takes longer than the current method of automatic increases, but it’s worth it.

After the market downturn in 2001, Washington state lawmakers from both parties worked with then-Gov. Gary Locke, a Democrat, and used priority-based budgeting to trim waste. The Priorities of Government budgeting initiative eliminated a deficit of more than $2 billion without resort to burdensome tax increases. The priority-based budgeting approach survived to an extent under the subsequent administration of Gov. Christine Gregoire, also a Democrat, but current Democratic Gov. Jay Inslee has sought to raise taxes. Washington’s experience shows the need to write state budget rules into law to ensure reforms will protect taxpayers over the long term.

Kansas spent $33 million on advertising in 2019. How much of that was necessary? Has an audit verified the necessity of the $44 million spent on cellphones and other communications services? And what critical functions couldn’t be completed without spending $23 million on dues and subscriptions, or $419 million on “other Fees”?

Taking the scalpel to state agency budgets will create angst for governors, lawmakers and the lobbyists hired to defend unnecessary spending. But policy makers have a responsibility to make the most effective use of taxpayer money. Congress, likewise, should understand that bailing out profligate state and local governments will only ensure more of this bad behavior in the future.