Attack on the Constitution 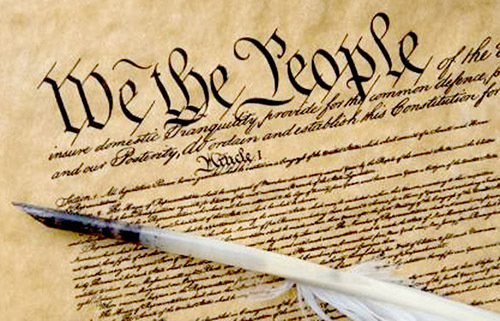 A group composed of experts in politics and business who were inspired by former President Donald Trump’s 1776 Commission have launched a campaign on September 1 to fight against historical revisionism in schools.

CBN News reported that “Patriot Education Month” was launched by 1776 Action to “counter false and misleading accounts of American history” happening in schools across the United States. Alongside this initiative, 1776 Action will be hosting together with Fight For Schools today, September 8, the “Rally To Save Our Schools” in Virginia’s Loudoun County with Dr. Ben Carson.

Carson, Trump’s former Housing and Urban Development Secretary, urged members of the now-extinct 1776 Commission in early January to fight against historical revisionism perpetuated by the Left, calling it “a coordinated attack on our history, our heroes, and our very inheritance.”

President Joe Biden revoked the 1776 Commission as soon as he held office through an executive order that alleged it was “racist.” Biden’s revocation of the Commission prevented its report to be used as a means to create unity in schools through America’s founding principles. The 1776 Report was actually released a day before Biden took office on January 20.

“We are calling on federal, state, and local officials to issue proclamations establishing September as Patriotic Education Month and celebrating the greatness of American history,” 1776 Action said in its official statement.

“Throughout September, we will highlight students, teachers, and school districts throughout the country that seek to celebrate American history and preserve the memory of American heroes,” the statement added, “We will focus in on stories and individuals that reflect the greatness of America and its history.”

In the statement, 1776 Action lamented the many incidents that led to “the decay of American history curriculum and a corresponding decline in Americans’ understanding of their past” reinforced by the Biden Administration. This included the “destruction of statues and monuments” of “great Americans” who led in defining the nation, the canceling of the National Garden of Heroes, and “radical groups attempt to indoctrinate our youth and rewrite our history for political gain.”

“It is no coincidence that these attacks have come as the legacy of these leaders is also being desecrated in K-12 classrooms and college campuses throughout the United States,” 1776 Action stressed. “It’s time to now not only expose the intentions of those who push this false narrative about the United States, but also to restore a version of history that tells the truth about our country’s many great triumphs.”

“A central component of this mission is honoring American heroes and keeping their stories alive for future generations. Especially at this moment, as radical groups attempt to indoctrinate our youth and rewrite our history for political gain, it is vital to the health of our democracy to ensure that a true account of our history is not forgotten,” the group remarked.

The group also indicated in their statement the numerous activities a person or the general public can “do during Patriotic Education Month,” such as signing The 1776 Pledge, sharing information about the campaign, posting about American history, discussing “American Patriotism” and “American Heroism.”