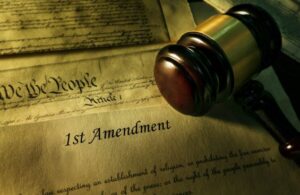 “Why should amendments make any difference, since they’re not following the Constitution now?”

The question became common as a talking point promoted by a conspiratorial group. But I like it because it offers a teaching opportunity.

The short answer is that uniform experience tells us that amendments work very well. They have proved more durable than much of the original Constitution.

Over the past 12 years, I’ve published more on the U.S. constitutional amendment process, both in academic and popular literature, than any other living scholar. I say this to emphasize that there’s a lot of research behind this essay.

The Founders identified four reasons for amendments. First, they enable the American people to remedy government dysfunction and abuse. Second, amendments can correct drafting deficiencies in the original Constitution. Third, through amendments, we can respond to new developments. Finally, amendments can resolve differences in interpretation—by, for example, reversing Supreme Court decisions.

Here’s a summary of how constitutional amendments have achieved all four purposes.

The Bill of Rights

What would America be like without the Bill of Rights? The first eight amendments in the 10-amendment Bill (ratified in 1791) were designed to protect freedom by preventing government abuse, and they have enjoyed great success.

After 230 years, seven of the first eight amendments remain in full effect. In fact, they are even stronger than originally intended, largely because the courts apply most of them against state governments as well as against the federal government.

The First Amendment is an example. At the height of the COVID-19 panic, state and local officials tried to close churches and synagogues while leaving pot shops and liquor stores open. The Supreme Court applied the First Amendment to vindicate religious liberty (pdf).

The only one of the first eight amendments not in full force is the Second, the right to keep and bear arms. Yet, we are still better off having the Second Amendment, because the Supreme Court relies on it to protect the right of personal self-defense (pdf).

The last two amendments in the Bill of Rights—the Ninth and 10th—are what lawyers call “rules of construction.” That is, they tell us to interpret the Constitution in ways that protect federalism.

The Ninth is the only one of the 27 amendments that has fallen into desuetude, partly because its 18th-century legal language is generally misunderstood. The Supreme Court also has weakened the 10th Amendment significantly. But even in its weakened condition, the 10th continues to protect the states from certain kinds of federal overreach (pdf).

Although the Ninth and 10th Amendments aren’t as strong as they once were, they remained in full effect for a century and a half. By any measure, this is a stellar political victory. Wouldn’t it make sense to pass a good amendment even if you knew it would remain in full effect for “only” 150 years?

The 11th and 12th Amendments

The 11th Amendment (1795) overturned a Supreme Court decision that effectively changed the Constitution through “interpretation.” The amendment restored the document’s original meaning. The 11th Amendment is still in full force.

We could learn something from how the founding generation used the amendment process to slap down a bad Supreme Court decision.

The founding generation also adopted the 12th Amendment (1804) to correct drafting mistakes in Article II. This amendment tweaked the procedure for electing presidents and vice presidents and supplied a drafting omission by specifying the qualifications of the vice president. These provisions continue in full force (pdf).

The 13th Amendment (1866) ended the abuse of slavery in states not reached by President Abraham Lincoln’s Emancipation Proclamation. If you think amendments don’t matter, try setting up a slave market in any state and see what happens.

The 15th Amendment (1870) continues to protect the voting rights of racial minorities against state officials who would deny those rights.

Whether you like the 16th Amendment or not, there’s no doubt it’s in full effect.

The original Constitution placed the election of U.S. senators in the state legislatures. The 17th Amendment (1913) transferred it to the general electorate. This measure was adopted for several reasons. One was a new development: Americans thought the original system had worked well for several decades, but had broken down thereafter.

Some conservatives decry this amendment because they believe it led to the current federal monster state. The evidence on this point is mixed, and I’ll examine it in a later column.

Whether you like the 17th Amendment or not, you have to admit that it continues in full force today.

The 18th Amendment (1919)—Prohibition—is no longer around because the 21st (1933) duly repealed it. Like nearly every other amendment, the 21st retains its original power.

Women are no longer disenfranchised in any state because the 19th Amendment (1920) assured them the right to vote. If you think amendments don’t make any difference, try to convince your state lawmakers to bar women from the polls—and see what happens.

The 20th Amendment (1933) responded to new developments in transportation. Like the 12th, it also corrected drafting problems in Article II.

There are six post-World War II amendments, and all continue to work as intended.

The 22nd Amendment (1951) limited the president to two terms. It’s the sole reason that self-aggrandizing presidents no longer run for third terms. This enduring reform has inspired proposals for extending term limits to Congress and to federal judges.

The 23rd Amendment (1961) granted presidential electors to the District of Columbia. I don’t think much of this idea, but there’s no doubt it remains in full effect.

The 24th Amendment (1964) responded to state abuse of the tax system to suppress minority voting. It did the job.

The 25th Amendment (1967) further corrected drafting problems in Article II by addressing presidential disability. The procedures in this amendment have been triggered twice.

The 27th (originally part of James Madison’s Bill of Rights, but not ratified until 1992), provides that any bill raising congressional pay doesn’t take effect until after the next congressional election.

The claim that “amendments won’t work” has no factual basis. On the contrary, almost every amendment ever adopted continues to affect our political and legal system.

Patrick Henry once said, “I have but one lamp by which my feet are guided; and that is the lamp of experience. I know of no way of judging of the future but by the past.”

On this subject, the lamp of experience sheds light unmistakably bright and clear: Constitutional amendments work.

Robert G. Natelson, a former constitutional law professor and constitutional historian, is a senior fellow in constitutional jurisprudence at the Independence Institute in Denver, and a senior adviser to the Convention of States Project. He is the author of “The Law of Article V” (2nd ed., 2020), and moderator of the Article V Information Center.