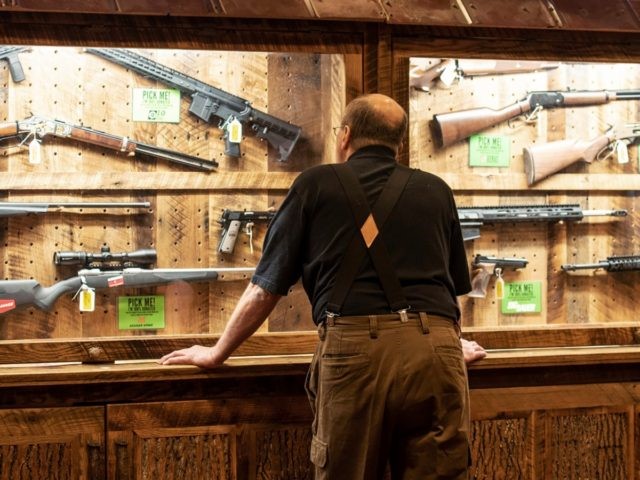 The first, second, third, fourth, and fifth installments in this series traced how the Supreme Court responded to President Franklin D. Roosevelt’s efforts to break constitutional limits and create a powerful federal government. After trying to balance the demands of FDR’s “New Deal” with the Constitution, the court successively abandoned the Constitution’s limits on federal spending, federal land ownership, and federal economic regulation.

This installment and the next discuss how the court acquiesced in the suppression of civil liberties.

Most of the Constitution’s framers considered the document’s principal protection for liberty to be its limits on the federal government’s enumerated powers. However, the framers did add some specific protections. And after the Constitution was ratified, Congress and the states added the Bill of Rights to it.

Even so, the Constitution’s protections for civil liberty aren’t complete. For example, most modern Americans would be surprised to learn that the First Amendment’s guarantee of “the freedom of speech” didn’t protect against prosecutions for blasphemy. Still, the best way to guard constitutional rights is to enforce them according to their real meaning—that is, as they were understood when adopted. Judges who purport to widen constitutional rights will narrow them as well.

This actually happened during the years from 1938 to 1944. First, the court announced that it would favor some constitutional rights over others. Then, it suppressed rights that it supposedly favored.

The Constitution contains two guarantees of “due process of law,” one in the Fifth Amendment that protects against federal abuses and one in the Fourteenth Amendment that protects against state abuses. As originally understood, these due process clauses meant only this: When the government prosecutes you criminally or civilly, it must follow pre-established law. It may not change the rules as it goes along.

During the later 20th century, liberal activist judges stretched the due process clauses to protect invented “rights,” such as abortion. During the early 20th century, conservative activist justices did something comparable. In the name of freedom of contract, they struck down some minimum-wage and maximum-hours laws, claiming that those measures violated due process.

In early 1937, however, a five-justice majority effectively overruled the conservative due process precedents. The case was West Coast Hotel Co. v. Parrish (pdf).

West Coast is famous because historians used to believe that FDR’s court-packing plan had bullied Justice Owen Roberts into voting with the court’s liberals in that case. This was the alleged “switch in time that saved nine.” We now know that’s not true. Roberts’s vote had been determined before the court-packing plan was announced.

Footnote 4 said it was “unnecessary to consider now” whether the court should start favoring some constitutional rights over others. This communicated to court-watchers that the justices would start doing just that.

1939: The Court Guts the Second Amendment

Jack Miller and Frank Layton were convicted of possessing a sawed-off shotgun that wasn’t registered under federal law. The Second Amendment was their defense: “A well regulated Militia, being necessary to the security of a free State, the right of the people to keep and bear Arms, shall not be infringed.” The court recognized that, in this context, “militia” refers to all able-bodied males.

Construed correctly, the Second Amendment protects the use and ownership of portable (“bear-able”) weapons used for three purposes: (1) To prepare Americans to serve in a federalized militia for the common defense of the country, (2) to enable Americans, both individually and as part of the state militias, to defend themselves against a central government turned tyrannical, and (3) individual self-defense.

In Miller, the court recognized only the first purpose. This implicitly allowed the federal and state governments to ban weapons for the other two purposes. It wasn’t until 2008 that the Supreme Court started to correct this mistake (pdf).

The Attack on Habeas Corpus and Trial by Jury

In 1942, the United States was at war with Nazi Germany. In June 1942, the Germans sent two submarines to American shores and dropped off eight would-be saboteurs. All eight were young men who had lived for long periods in the United States. Two were U.S. citizens.

At least two of the men (including one U.S. citizen) accepted their assignment only to escape from Germany and return to the United States. After landing, they surrendered themselves to the FBI. They told the bureau everything, and the agency soon picked up the other six.

Roosevelt was understandably furious that German submarines were able to discharge saboteurs onto U.S. shores. He ordered the FBI to transfer the men to military control. He arranged for them to be tried by a military commission. His goal was to receive immediate “guilty” verdicts and to execute them promptly.

Under the laws of war, the president’s course was entirely legitimate for the six non-citizens. However, because capture hadn’t occurred in the immediate theater of war, his course wasn’t legitimate for the two U.S. citizens. Constitutionally, they were entitled to a writ of habeas corpus and a court order transferring them back to civilian custody. They were also entitled to be indicted by a grand jury and, if indicted—presumably for treason—given a public jury trial.

However, FDR, like some other presidents, didn’t care much about limits on his constitutional authority. He flatly told his attorney general, “I won’t hand them over to any United States Marshal armed with a writ of habeas corpus” (pdf).

And so the military trial proceeded. Counsel for the prisoners launched a spirited defense. Counsel showed the court that two defendants had turned states’ evidence. Counsel also pointed to mitigating circumstances involving some of the other defendants.

It didn’t matter. The fix was in. All were condemned to death. The FBI had promised pardons to the two who had turned state’s evidence, but Roosevelt didn’t honor that promise. He merely commuted their death sentences to long prison terms.

In Ex Parte Quirin (pdf), the Supreme Court quickly rubber-stamped the verdicts and sentences. The justices didn’t wait to prepare an opinion explaining their reasons. They announced only that an opinion would be forthcoming. Just five days after the saboteurs were found guilty, six of the eight men—including one U.S. citizen—were electrocuted.

Let me be clear: It’s hard to be sorry for the saboteurs. They were operating outside the law of war, they were serving an evil cause, and they understood the risks. That said, it remains true that the justices’ conduct was unworthy of the highest court in the land. A key reason for written opinions is to force judges to consider and write out their rationale before announcing a decision. Sometimes the writing process induces judges to change their minds. Also, written opinions ensure that, in multiple-member courts, everyone in the majority is on the same page. Postponing the opinion to hasten the executions was, at the least, unprofessional.

As it turned out, after the executions, the justices learned that they weren’t all on the same page. It took nearly three months to craft a written opinion to which everyone on the court could agree.

This opinion was authored by Stone (pdf). It, too, was unworthy of the nation’s highest court.

The opinion never revealed that six of the defendants were already dead. It admitted that one defendant was a U.S. citizen, but never mentioned the other. It failed to account for the fact that Congress hadn’t suspended the writ of habeas corpus. It didn’t explain why a military tribunal was constitutional for U.S. citizens apprehended outside the theater of war—which, of course, it wasn’t. In other words, the opinion never explained why the two citizens could be denied indictment by a grand jury and civil trial by a petit jury.

Stone, you will recall, was the justice who introduced “rights balancing” in Carolene Products. In the Miller case, he and his colleagues balanced away the Second Amendment for the sake of a federal license. And in Quirin, they balanced away habeas corpus, grand jury indictment, trial by jury, and due process of law.

Judges who rewrite some parts of the Constitution will rewrite others.