A Pause to Reflect

A Pause to Reflect 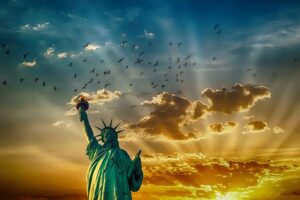 A variety of quotes that might inspire at the most and make us think at the least. Enjoy!

“I would propose that the subject of the ministry of this house, as long as this platform shall stand, shall be the person of Jesus Christ.  I am never ashamed to allow myself a Calvinist, but if I am asked to way what is my creed, I think I must reply, “it is Jesus Christ.” The body of divinity to which I would pin and bind myself forever God helping me, is Christ Jesus, who is the sum and substance of the Gospel, who is Himself all theology, the Incarnation of every precious Truth, the All-Glorious personal embodiment of the Way, the Truth, and the Life.” – C.H. Spurgeon

“Be a free thinker and don’t accept everything you hears as truth. Be critical and evaluate what you believe in.” – Aristotle

“Do not spoil what you have by desiring what you have not; remember that what you now have was once among the things you only hoped for.” – Epicurus

“If a Southern woman says “What did you say?”, she isn’t asking you to repeat it. She’s asking if you’re good with Jesus…cause you’re about to meet Him.” – Any Southern Woman

“Judge a man by his questions rather than by his answers.” – Voltaire

“Under no pretext should arms and ammunition be surrendered; any attempt to disarm the workers must be frustrated, by force if necessary” – Karl Marx

“He who blames others has a long way to go on his journey.

He who blames himself is halfway there.

He who blames no one has arrived.” – Chinese Proverb

“Men are from Mars, Women are from Venus, and other Genders are from Uranus.” – Unknown

“Wood burns faster when you have to cut and chop it yourself.” ~ Harrison Ford

“The best cure for Sea Sickness is to sit under a tree.” ~ Spike Milligan

“God who gave us life gave us liberty. Can the liberties of a nation be secure when we have removed a conviction that these liberties are the gift of God? Indeed I tremble for my country when I reflect that God is just, that His justice cannot sleep forever.” – Thomas Jefferson

“Freedom is not a gift bestowed upon us by other men, but a right that belongs to us by the laws of God and nature.” – Benjamin Franklin

“I believe that there is one only living and true God, existing in three persons, the Father, the Son, and the Holy Ghost, the same in substance, equal in power and glory. That the Scriptures of the Old and New Testaments are a revelation from God, and a complete rule to direct us how we may glorify and enjoy Him.” – Roger Sherman (Constitution signer)

“Inflation is just like alcoholism. In both cases, when you start drinking or when you start printing too much money, the good effects come first. The bad effects only come later. That’s why in both cases there’s a strong temptation to overdo it. To drink too much and to print too much money. When it come to the cure, it’s the other way around. When you stop drinking or when you stop printing money, the bad effects come first, and the good effects only come later.” – Milton Friedman

“The first piece of luggage on the carousel never belongs to anyone.” ~ George Roberts

“If we divide 123 genders by white supremacy, how much climate change do we have?” – Unknown 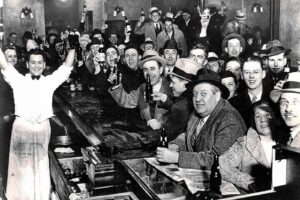 “After the game, the King and the pawn go into the same box.” ~ Old Italian proverb

Stay in the Hunt For Liberty