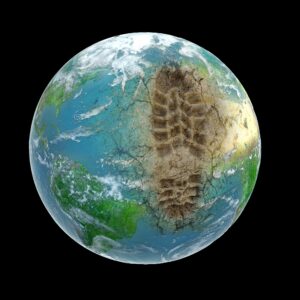 A new scientific report documents that almost all US temperature measurement stations are in compromised locations – a finding that implies most of the climate change analyzed in America is local and not due to greenhouse gases. Research by meteorologist Anthony Watts has suggested that temperature measurement stations across the United States fail to abide by climate scientists’ own standards. In fact, Watts’ study – which expands on his 2009 work – discovered that data quality is in a downward spiral.

In 2009, Watts made headlines after conducting crowd-sourced quality control of the National Oceanic and Atmospheric Administration (NOAA) temperature measurement network in the United States. The US Historical Climatology Network (USHCN) was “used to quantify national and regional-scale temperature changes,” according to the agency.

Watts and his associates found that 89% of the stations did not pass the quality requirements set by the climate science community, with more than 70% of the sites producing warming errors greater than 3.6°F. In some cases, the placements were so embarrassingly egregious that they undermined the credibility of NOAA altogether. For instance, the University of Arizona Atmospheric Sciences Department’s station was in a parking lot surrounded by artificial heating sources, breaking almost every rule in the book.

Watts concluded in 2009 that US temperature data was unreliable with a systematic artificial warming bias. In response, the NOAA issued a “debunking” of the findings. However, later, the US Office of the Inspector General (OIG) published a report acknowledging the problems found by Watts and indicated that steps had been taken to correct the issues. In 2014, NOAA abruptly stopped using the USHCN dataset and relabeled it the Climate Divisional Database, or nClimDiv. 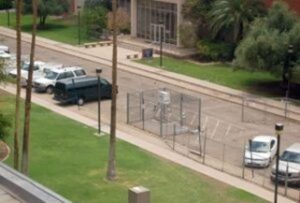 The climate community has at its disposal high-quality temperature measurements but continues to use the poorly positioned stations that show a larger warming trend. This malpractice prompted Watts to revisit the locations for a follow-up report to see if the problem of urban warming had been addressed and improved.

Equipped with both ordinary and infrared photography, Watts and his team meticulously mapped 128 stations, 80 of which were in the original USHCN data set. The conclusion was that the unacceptable sites had increased to 96%. Watts concluded that NOAA had largely ignored the recommendations for improving the climate measurement locations. The contamination explains why the surface network sees warming where high-quality datasets – such as satellite measurements – see little to none.

The work by Watts confirms the statistical analysis performed by Ross McKitrick and Pat Michaels, showing a strong correlation between urbanization, economic growth, and population growth near a surface measurement site and the observed warming rate. They concluded that as much as 50% of the observed warming globally could be explained by local contamination.

The work by these and other critics indicates that much of the reported climate change is not real and that there is substantial unwillingness at an institutional level to correct the practices that support the popular political narrative. The Earth has warmed in the last 100 years, but some of it may be systemic warming bias due to poor siting. Due to lack of a critical legacy media, it is in the interest of the climate science community to maintain the status quo.