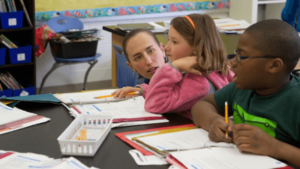 Watch this father as he explains the experience he had with his son in grade school as his teachers are trying separate the boy from his parents indoctrinate  CRT into the class.

This activity by progressive leftist teachers, unions, and school administrators is anti-American and needs all of us, parents and grandparents, to Stand Up, Show Up, and Speak Up at our local schools. We applaud this fathers efforts to be a candidate for the school board post.

The Arizona legislature has outlawed teaching CRT, so the teachers are using ‘work-arounds.’

God Bless those parents fighting back.