Who Makes the Decisions in America?

Is it the elected officials, or is it the bureaucrats? The answer is a big problem.

There are times when things can boil down to a single big question that America has to face. We face one of those times now. Two items have drawn headlines that could very well determine if we can keep the Republic that Benjamin Franklin and the rest of our Founders left us.

These two items don’t even seem to fit. The first is the very controversial matter of the holding up of military aid destined for Ukraine. The second is the Supreme Court case involving the U.S. Equal Employment Opportunity Commission’s (EEOC) declaration that “sex discrimination” also includes discrimination on the basis of sexual orientation or gender identity. But both boil down to a single question: Who makes the policy decisions in the United States of America?

If you are familiar with the Constitution, you know that answer: Congress makes laws, with both the House and Senate agreeing to the legislation by a majority vote in final passage (the Senate currently takes 60 votes to stop a filibuster). Two-thirds majorities are needed to pass a law over a president’s veto. 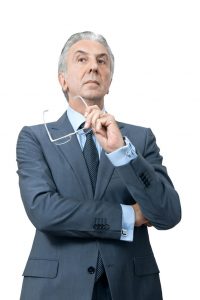 Nothing in there gives the EEOC power to make that call on its own. The commission can enforce the current laws, but when it comes to changing those laws (and that is what it was doing), that is left strictly to Congress. The cases the Supreme Court heard two weeks ago could very well determine if rogue bureaucrats can make such radical changes to legal interpretations or not.

If the Supreme Court doesn’t put the EEOC in its place, then how much do our elections matter? Do they even matter at all? Such questions would undoubtedly be percolating through large swaths of the United States, and the consequences stemming from the answers that many Americans would come up will not be escapable.

The situation with Ukraine, and to a lesser extent, Syria, also involves this question of who makes policy: Is it the elected officials, or is it the bureaucrats? Imagine if a fraction of the tactics used on President Donald Trump had been broken out in defense of the CIA’s enhanced interrogation program or to thwart Barack Obama’s efforts to withdraw from Iraq — misguided as they were. How do you think those trying to tear down Trump would be reacting?

We already have a sense of that. When Charles Stimson, a Defense Department official in the George W. Bush Administration, suggested that companies that were represented by the treasonous Gitmo bar rethink who they hired, he was driven out of public service by a media outcry. That was just for making a few comments to the press. What the Deep State has done to President Trump far exceeds what Stimson did — and Stimson was only trying to win the Global War on Terror. Yet the outcry of 2007 on behalf of the Gitmo bar — some of whom later ended up in the Obama administration — is not being mirrored now.

It’s impossible to deny that a pernicious and blatant double standard exists. We have previously discussed the lack of accountability stemming from bureaucratic abuses. The stakes have only grown since then. Now, fueled by bureaucrats who openly hate the president the people elected, we have a constitutional crisis emerging.

Regardless of the wisdom of President Trump’s foreign-policy decisions, the Constitution clearly places the conduct of foreign policy in the president. Similarly, the Constitution denies bureaucrats the right to make changes to the country’s laws. That is the purview of Congress. Either way, by the end of 2020, we will know whether that will remain the case in the United States of America.