Restoring our economic and national security 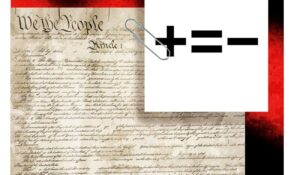 America is at a critical crossroads. While partisanship has increased dramatically in recent decades, that is not our greatest challenge. We currently face a great ideological debate regarding whether we should continue to follow the principles and values on which our nation was founded and that made us great or adopt socialist state principles.

America was founded on some timeless principles like a limited but effective federal government, individual liberty and opportunity, personal responsibility and accountability, innovation and capitalism, rule of law and equal justice under the law, fiscal responsibility and intergenerational equity, and stewardship. It is true that at our nation’s founding slavery was legal, women were not allowed to vote, and married women were not allowed property. Fortunately, we have corrected these, and other former wrongs and we are continuing to take steps to create a more perfect union over time.

In our view, we should remain committed to our founding principles and reject socialist state principles. This includes demanding that all our governing parties abide by the Constitution of the United States, which is arguably the greatest political document in history.

We believe the greatest economic and national security challenge that we face is our nation’s deteriorating financial condition and unsustainable fiscal outlook. Why? Because economic power is the leading indicator for the rise and fall great nations. In addition, a nation’s economy and national security will not remain strong if it cannot put his finances in order.

Given the above, we have been involved in efforts to restore federal fiscal sanity for many years. This includes the need to adopt a federal Fiscal Responsibility Amendment because past statutory approaches to ensure fiscal responsibility and sustainability have failed.

A recent extensive research effort of the Congressional Record disclosed that 39 states had applied for a Convention to Propose Amendments of which 30 were limited to only proposing a federal fiscal restraints amendment. Under Article V of the Constitution, “on the application of two-thirds of the Legislatures of the several states (Congress) shall call a Convention for Proposing Amendments.” Despite receiving applications from five more states than required, Congress failed to call a Convention.

Since 1979, federal public debt has exploded from less than $1 trillion to over $30 trillion, and inflation has increased almost 300%. Much of this could have been avoided if Congress properly discharged its Constitutional duties in 1979.

While a Convention of States or Congress will decide what type of fiscal responsibility amendment to propose, we believe that a public debt/GDP approach makes the most sense and has the best chance to achieve the bipartisan support needed to be adopted.

A public debt/GDP approach is pro-growth and does not dictate what Congress must do to reduce the rate of increase in federal public debt. Given our current fiscal path and basic principles of math, Congress needs to reform social insurance programs to make them solvent, sustainable and secure, reprioritize and reduce projected spending, and reform the tax system to produce more revenue.

The time has come for Congress to call the required Convention of States or propose its own federal Fiscal Responsibility Amendment. If Congress fails to act in a reasonably timely manner, we expect the states who are seeking a Convention of States will eventually assert their Constitutional right and file a Mandamus action with the U.S. Supreme Court.