How can Americans use good sense about an epidemic about which they are fed false information?

There is no conspiracy of silence in India. Confirmed Covid cases are reported as they are in the West, but reporters enthusiastically stress seroprevalence surveys that show the real infection rate to be a multiple of confirmed tests. Example: On Thursday, the Hindustan Times noted in its headline a 40% positive antibody rate from the latest survey of the Srinagar district. Only far down in the story did it indicate this was 25 times the “confirmed” case count.

Why can’t our press do the same? In the U.S., the reality principle is not blacked out only if you look hard enough. A New Jersey survey in August found 14.7% of the population infected, seven times the confirmed cases. A New York survey in late March suggested two million infections; the official count was 76,000. An Orange County, Calif., survey in August found true infections seven times the official case count. A national survey of dialysis patients in July showed a similar ratio. I could go on.

Any single study might be flawed, but the findings are echoed in every country. Maybe our press imagines that our testing is so voluminous and efficient that it now is converging with the underlying infection rate. Wrong. Voluntary testing is inherently biased. Last month, a U.K. study should have put a stake in any delusions on this point. Relying on random, rather than patient-initiated, testing, the report estimated that daily new infections were running about nine times the official rate as of late September.

Nearly half of Covid infections are believed to be asymptomatic. From previous research, 80% of people with flu symptoms and 95% with cold symptoms don’t seek medical help. Though 150 million total tests given in the U.S. so far, and 1.2 million new tests a day, sounds like a lot, it’s not when 330 million Americans can be negative one day and infected the next.

Unfortunately, because our press wasn’t in Mr. Stuppy’s science class, it doesn’t understand that while confirmed cases might be data, they aren’t a sample in any meaningful scientific sense.

Not to be dramatic, but when I refer to a conspiracy of silence, I really mean a mosaic of misrepresentation required by a certain mood. Our press this week reported, with hair on fire, that confirmed cases exceeded nine million. Would its hair be more aflame or less if it acknowledged true cumulative infections are likely between 50 million and 100 million? 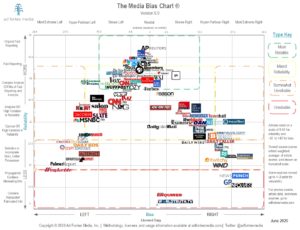 A realistic picture would suggest tens of millions of Americans have encountered the virus without fuss. It would suggest the death risk for any individual is flu-like—as Dr. Anthony Fauci, the Oxford Centre for Evidence-Based Medicine, and many other experts have been telling us since February.

The bigger numbers might suggest we are grappling with a natural phenomenon over which we exercise little control.

Let’s recap. Unlike the flu, 160 million of us of aren’t vaccinated against the new virus. None of us, school age and up, have resistance from previous encounters. Local hospitals face a Covid challenge two or three times bigger than their annual flu challenge simply because so many more of us are susceptible. Plus there’s the non-negligible risk of a severe reaction when our immune system encounters a virus it hasn’t encountered before.

All of us would rather not get the disease. All of us benefit from putting it off until hospitals learn how to treat it—even though the risk for each of us is flu-like.

But the reality principle doesn’t ignore us even if we ignore it. The test-and-trace silver bullet, which epidemiologists once promoted, Dr. Fauci now admits is impractical because of a large number of asymptomatic cases. Germany, once a role model, admits it has been able to trace only 25% of confirmed cases, which probably means 5% of true cases.

Our politicians have had to become realistic about withholding their interventions unless and until hospitals become overwhelmed. For many of us, especially the young, it makes no sense to impoverish our lives to suppress Covid.

When Joe Biden calls this running up the white flag, he’s prepping you to believe that Donald Trump could have stopped Covid and now a President Biden is stuck with a mess. Whoever is president next year will need to introduce more realism than this into the discussion as a vaccine rolls out.

Once more India is ahead of us: Its Business Standard newspaper jauntily warned its upscale readers that they can expect to be screened out because “the government does not wish to waste the precious vaccine shots” on millions who already have antibodies the natural way.

In the meantime, Americans respond to information. Masks will go back on. The barhopping is being curbed. Some herd immunity may kick in to help with the winter surge. We battle the virus, though, while being fed a colossally distorted picture of the epidemic and its progress by an incompetent and sociopathic press.