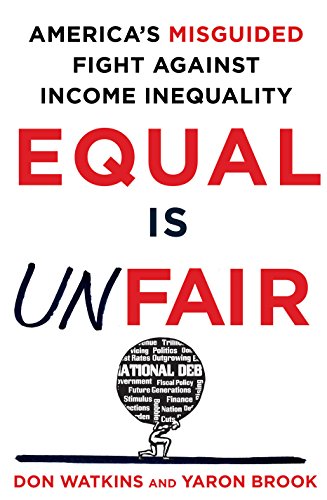 Growth is lifting low-income workers and the middle class.

By The Editorial Board | 782 words

The December employment report on Friday was a modest disappointment with fewer new jobs and slowing wage gains. But the report is an exception to other strong recent labor data, and the big picture is that the longest hiring expansion in 80 years is lifting lower-income workers in particular as accumulating evidence shows.

The jobless rate remained steady at 3.5% as labor participation held at its recent high of 63.2%. The 145,000 new jobs are fewer than the 184,000 average monthly gains over the last three months and the 165,000 average over the past year. Most of the slowdown appears to be trade-related and reflects lower business investment.

Wage growth for production-level workers slowed with average hourly wages up 3% over the last year compared to 3.4% in November. Some of this may be monthly statistical noise, and the trend in the last two years has been higher wage growth among lower earners. That’s a contrast to the early years of this expansion when real wages were flat.

The Federal Reserve’s interventions inflated asset values, which helped the affluent but did little for low- and middle-income Americans who don’t own stocks. Enter Donald Trump, whose deregulation and tax reform unleashed a surge of business investment (before his tariff spree) and hiring, which has drawn workers off the sidelines and raised wages.

The comparative data are striking, and mostly ignored by the press. During the first 11 quarters of the Trump Presidency, wages for the bottom 10% of earners over age 25 rose an average 5.9% annually compared to 2.4% during Barack Obama’s second term, according to the latest demographic data from the Bureau of Labor Statistics. Wages for the middle two quartiles increased 3.2% compared to 2.2% and 2.7% between 2012 and 2016. Wage gains for the top 10% have held steady at about 3%.

Less educated workers have also seen the strongest gains. Wages have risen at a 6.1% annual clip for workers over 25 without a high school degree and 3.9% for those with some college—both about three times faster than during the second Obama term. Wage gains have also accelerated though to a lesser degree—to 3.2% from 2.2%—for college grads.

Irony alert: Socialism-loving young people are getting the biggest pay raises. Wages have increased on average 5.8% annually for teens, 4.4% for 20 to 24-year-olds and 4.8% for 25 to 34-year-olds during the Trump Presidency. Maybe as their incomes rise, more millennials will question the tale of woe and revolution that Bernie Sanders is selling them.

As for inequality, the Gini coefficient that measures the income gap has been declining among folks who earn a paycheck. Rising wages have lifted millions of Americans out of poverty and off the government dole. The poverty rate for blacks (20.8%) and Hispanics (17.6%) is the lowest on record.

Forty million fewer people last year lived in households receiving government assistance than in 2016, and the food-stamp rolls have shrunk by 9.5 million over the past three years. Reduced government dependence is a social good far beyond the lower costs to taxpayers. More important are the benefits in self-sufficiency and the contributions to the community that flow from that.

Democrats on the campaign trail say the middle class is vanishing, but the opposite is true as more Americans escape poverty and others join the ranks of the affluent. Between 2016 and 2018 the number of taxpayers earning less than $25,000 declined 5% while increasing 8% for those making between $100,000 to $200,000 and 13.9% for those making more than $200,000, according to IRS data.

Pete Buttigieg claimed during the December debate that wages aren’t keeping up with the cost-of-living. Perhaps he’s spent too much time raising money in California’s Bay Area. In most other areas of the country, wage gains are outpacing the living costs including housing. Average weekly earnings in South Bend, Ind., have grown 9.9% over the last year as employers have increased both hours and pay.

These are the happy wages of a growing economy, and a labor market that has tightened in the long expansion that received a second wind from the Trump-Paul Ryan pro-growth policies of 2017-2018. By stressing growth, they have done more to reduce inequality than did the Obama-Nancy Pelosi policies that stressed inequality at the expense of growth.