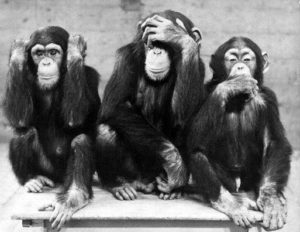 By Mike Kapic / May 27, 2021 / Comments Off on States Federalism Threatened by DC

States Fight the Tax-Cut Ban WSJ – April 3, 2021 Thirteen more AGs sue to stop the takeover of state fiscal policy. By The Editorial Board | 523 words After its price tag and progressive ambition, the most significant feature of the new Democratic agenda is how it seeks to shift core policy-making powers from…

May 27, 2021 / Mike Kapic / Comments Off on States Federalism Threatened by DC

By The Editorial Board | 523 words

After its price tag and progressive ambition, the most significant feature of the new Democratic agenda is how it seeks to shift core policy-making powers from state legislatures to Washington. The House of Representatives has already passed one bill that would federalize election rules and another that would undo state right-to-work laws on union membership. The Covid relief bill, now law of the land, includes unprecedented controls over states’ ability to set tax policy.

Ohio recently challenged the tax-cut restrictions in federal court, and on Wednesday 13 other states, led by West Virginia Attorney General Patrick Morrisey, followed suit. The challenges are worth watching for their economic impact—and because they offer a preview of how the court system might mediate the contradictions between constitutional federalism and the new progressive juggernaut.

The American Rescue Plan bill distributes $350 billion to state and local governments, but it includes a provision that states can’t use the funds to “directly or indirectly offset” tax reductions. What that means in practice is unclear—and the new lawsuit argues the language “is either impermissibly overbroad, impermissibly vague, or both.”

The Supreme Court’s anti-commandeering doctrine puts strict limitations on how much Congress can lean on states to enact its favored policies. There’s a straightforward small-d democratic reason for this: Voters need to know who to credit or blame for the laws they live under. The brief quotes a 2018 Supreme Court ruling that “if a State imposes regulations only because it has been commanded to do so by Congress, responsibility is blurred.” That puts sand in the gears of the federalist system.

The lawsuit also explains that the funds from Washington are too significant for states to reasonably refuse or raise on their own. West Virginia’s share amounts to a quarter of its 2021 revenue. It’s 21% for Alabama and 29% for Arkansas. “This forced ‘choice’”—of whether to accept federal aid after an economic shock— “commands states to pursue tax policy regimes in the interest of Congress, not of their constituents,” the suit says.

Can Treasury interpret the tax clause narrowly? Maybe. But at a Senate hearing last week, Treasury Secretary Janet Yellen seemed not to have a clean solution in mind. “We will have to define what it means to use money from this act as an offset for tax cuts, and given the fungibility of money, it’s a hard question to answer,” she said.

In other words, Treasury may issue instructions about what kind of tax cuts are and are not permissible. Imagine if a Republican Congress placed severe limitations on states’ ability to raise taxes, subject to exceptions granted by a GOP Treasury Secretary.

In a divided country, federalism can help mediate swings in opinion. Yet the tax clause appears to be Congress’s “pretext for controlling certain disfavored exercises of state taxing and revenue-allocation powers,” as the 13-state suit puts it.

This is merely one manifestation of the growing Democratic ambition to tip the constitutional balance away from federalism, making politics more nationalized, zero-sum and explosive. The tax cases will test if the courts will be a check, or a rubber stamp, on this radical project.