Debt Crisis Means a BBA COS

[Editor: A BBA is a Balanced Budget Amendment & a COS is a convention of states–the method used to make early America] A Debt Crisis Is Coming, and We’re All to Blame Walter E. Williams / September 13, 2017 The U.S. national debt recently reached $20 trillion for the first time ever. The largest threat to…

[Editor: American’s should be demanding a balanced budget or cap amendment to the Constitution through Article V] In a Single Image, Everything You Need to Know about the New CBO Budget Numbers by Dan Mitchell The Congressional Budget Office just released its annual Economic and Budget Outlook, and almost everyone in Washington is agitated (or pretending to be… 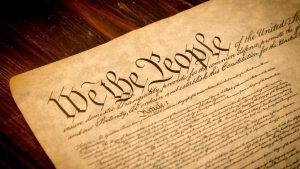 [Editor: Below is the latest on Article V across the country as presented by the BBA Task Force. Subscribe for more up to date info.] Article V Caucus Newsletter Newsletter – Edition 61         February 2018 Providing Article V / Federalism News and Scholarly Resources Since 2013 This month… This Newsletter Includes a Comprehensive…

The New Reformers: How the Article V movement got its start Posted by Robert Berry on October 19, 2016 Having been dormant for centuries, a potent section in the U.S. Constitution is now in the minds and on the lips of a new generation of reformers who are determined to keep the nation out of…

Parties Include Amending Conventions An excerpt from the August ASL newsletter: Article V Caucus  [editor’s note: this article posits that both major political parties are interested in amending conventions covering different subjects. We’ve heard candidate Clinton call for a convention. This reinforces the idea that a majority of Americans of all stripes believe the federal government…

Debt Crisis Means a BBA COS

[Editor: A BBA is a Balanced Budget Amendment & a COS is a convention of states–the method used to make early America]

A Debt Crisis Is Coming, and We’re All to Blame

The U.S. national debt recently reached $20 trillion for the first time ever.

The largest threat to our prosperity is government spending that far exceeds the authority enumerated in Article 1, Section 8 of the Constitution.

Federal spending in 2017 will top $4 trillion. Social Security, at $1 trillion, will take up most of it. Medicare ($582 billion) and Medicaid ($404 billion) are the next-largest expenditures.

Where do you think Congress gets the resources for such spending? It’s not the tooth fairy or Santa Claus.

Today’s Americans have little appreciation for how their values reflect a contempt for those of our Founding Fathers.

You ask, “Williams, what do you mean by such a statement?” In 1794, Congress appropriated $15,000 to help French refugees who had fled from insurrection in Saint-Domingue (now Haiti).

James Madison, the “Father of the Constitution,” stood on the floor of the House to object, saying, “I cannot undertake to lay my finger on that article in the federal Constitution which granted a right to Congress of expending, on objects of benevolence, the money of their constituents.”

Most federal spending today is on “objects of benevolence.” Madison also said, “Charity is no part of the legislative duty of the government.”

No doubt some congressmen, academics, hustlers, and ignorant people will argue that the general welfare clause of the Constitution authorizes today’s spending. That is simply unadulterated nonsense.

Thomas Jefferson wrote, “Congress [has] not unlimited powers to provide for the general welfare, but [is] restrained to those specifically enumerated.”

Madison wrote that “if Congress can do whatever in their discretion can be done by money, and will promote the general welfare, the government is no longer a limited one possessing enumerated powers, but an indefinite one.”

In other words, the general welfare clause authorized Congress to spend money only to carry out the powers and duties specifically enumerated in Article 1, Section 8 and elsewhere in the Constitution, not to meet the infinite needs of the general welfare.

We cannot blame politicians for the spending that places our nation in peril. Politicians are doing precisely what the American people elect them to office to do—namely, use the power of their office to take the rightful property of other Americans and deliver it to them.

It would be political suicide for a president or a congressman to argue as Madison did that Congress has no right to expend “on objects of benevolence” the money of its constituents and that “charity is no part of the legislative duty of the government.”

It’s unreasonable of us to expect any politician to sabotage his career by living up to his oath of office to uphold and defend our Constitution.

Walter E. Williams is a professor of economics at George Mason University

Posted in Convention of States