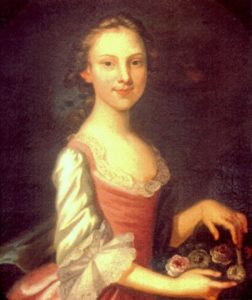 By Mike Kapic / October 12, 2020 / Comments Off on Revolutionary War Heroine

Unsung Revolutionary War heroine, Mary Digges Lee By Tara Ross – September 27, 2020 On this day in 1780, General George Washington receives an offer of help from a group of women in Maryland. Many of my history posts have to do with glorious moments in a battle or a specific brave act. Perhaps lost… 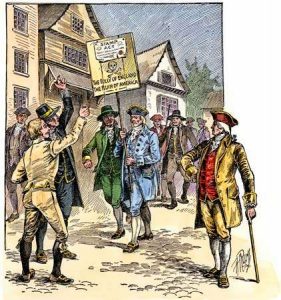 Sons of Liberty — The Fight for Freedom “The tree of Liberty must be refreshed from time to time with the blood of patriots and tyrants.” Thomas Jefferson “Our cause is noble; it is the cause of mankind!” —George Washington On December 16th, 1773, “radicals” in Boston, members of a secret organization of American Patriots… 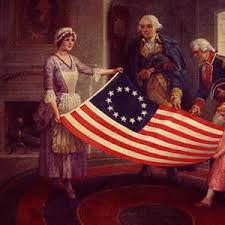 By Mike Kapic / August 14, 2018 / Comments Off on Hero Who Financed the Revolution

The Unsung Hero Who Financed the American Revolution, and His Lesson for Today Calvin Blaylock / Andrew P. McIndoe  August 03, 2018 Robert Morris stands behind Major John Ross as Betsy Ross sews the first American flag. George Washington sits to the left. (Photo: akg-images/Newscom) The name that King George III is said to have called…

On this day in 1780, General George Washington receives an offer of help from a group of women in Maryland.

Many of my history posts have to do with glorious moments in a battle or a specific brave act. Perhaps lost in the shuffle are the many ways in which ordinary citizens pitched in: Many, many Americans wanted their freedom!! Perhaps they didn’t always know how to help. But they jumped in and did whatever they could, when they could.

In this instance, the First Lady of Maryland, Mary Digges Lee, was prompted into action when General George Washington issued a plea to the states. “Unless some extraordinary exertions be made by the States from which we draw our supplies,” he wrote in his circular letter, “there is every appearance that the Army will infallibly disband in a fortnight.”

Mary’s husband, Thomas Sim Lee, had just been elected Governor of Maryland. Thus, he was one of the recipients of this letter. Governor Lee soon responded to General Washington, reporting on legislative action in Maryland. The state was ready to help—but Mary was Maryland’s new First Lady, and she wanted to help, too.

She organized the ladies in her state. The women would not be left behind in this endeavor.

The women took up a collection for the Continental Army: Their fundraising drive was a big deal in a day and age when “polite” women just weren’t supposed to do that sort of thing. Nevertheless, money and other materials were collected for the troops, which seemed to be suffering from a constant shortage of supplies throughout the Revolution.

On September 27, Lee wrote Washington to report on the effort. “I have the honor to inform your Excellency,” she wrote, “that the Ladies of Maryland have manifested their gratitude, by Subscribing a Considerable Sum for the relief of the American army.” Lee wanted to know how the funds could best be used. And should the supplies be sent to the Northern or the Southern Army?

Washington was grateful. He soon responded with praise for the “patriotic exertions of the Ladies of Maryland in favor of the Army.” He asked that Lee use her funds to “purchase of Shirts & Stocks (black) for the use of the Troops in the Southern Army.”

Such a simple thing, isn’t it? Collecting money to buy clothing for the troops. Yet all of these little efforts were meaningful. Taken together, they added up to something big: An unexpected victory against the large and powerful British army.

Encouraging, isn’t it? **ANYTHING** we give to our country means something. Let’s do it.

P.S. And now, of course, I must mention that Mary Digges Lee just might appear in my new book for kids: She Fought, Too: Stories of Revolutionary War Heroines. Check it out HERE.