Sheep to the Slaughter

Sheep to the Slaughter 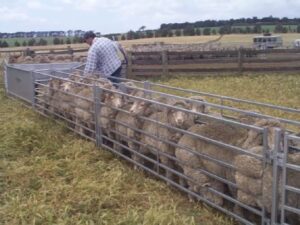 Sheep To The Slaughter

My friends, I hope I have your attention because this is one of the most important messages I have ever written, and I’m writing it now because the attack on our God-given liberties is accelerating.

America is on the brink. Our freedoms are at risk. Our Republic is in danger.

The left spent four years smearing Donald Trump as “authoritarian” and “Hitler reincarnate.” But as I have repeatedly warned, the threat to freedom and democracy in America comes from the left, not the right.

Leftists denounce our history and values. Conservatives cherish them.

The left hates America and wants to “fundamentally transform” it, as Barack Obama once said. And they mean it.

The left, not the right, wants to pack the Supreme Court.

The left, not the right, denounces the Senate as “anti-democratic.”

The left, not the right, wants to ban the Electoral College.

The left, not the right, wants open borders to make America more like the rest of the world through mass, uncontrolled immigration.

The left, not the right, loves big government.

The left, not the right, is attacking freedom of speech and promoting censorship.

And as George Washington famously said, “If the freedom of speech may be taken away, dumb and silent we may be led like sheep to the slaughter.”

I want to focus more on the Disinformation Governance Board, Joe Biden’s new “Ministry of Truth,” and his new “Speech Czar,” Nina Jankowicz. In fact, that’s all today’s report will be about because it’s not only that absurd, it’s that dangerous.

Ms. Jankowicz is on a jihad to crush the conservative movement. I’m not making this up, folks. She said, “Most of the disinformation that we’ve seen . . . is coming from the right.” That’s her statement, that’s her perspective. We – you and me – are her targets.

In 2020, this radical leftist was worried that Trump supporters would show up armed at the polls. It never happened! SHE was spreading disinformation.

As we reported yesterday, she denied the legitimacy of the Hunter Biden laptop story, claiming it was “Russian disinformation.” SHE was spreading disinformation. Like Orwell’s Ministry of Truth, she was lying for the regime.

She also wants to use government power to silence criticism of female politicians, like Kamala Harris and other far-left progressives. Mocking them for the absurd things they say and do is an offense she labels as “gender abuse and misinformation.”

In fact, Ms. Jankowicz believes that “gender abuse and misinformation” is so serious, she called it a matter of “national security.”

Of course, she only cares when it’s liberal women who are being mocked. She has nothing to say about the left’s disgusting abuse of Melania Trump or any pro-life woman who runs for office.

I want to be absolutely clear about this: Ms. Jankowicz is not the problem. This is not a personnel issue. There isn’t anyone else better suited for the job.

The problem is that the job shouldn’t exist. Period. There should not be a Disinformation Governance Board at the Department of Homeland Security. Period.

A free United States should not have a government office in charge of telling you what is disinformation because the term has no provable meaning. It has been used routinely to smear conservatives, while the left has routinely lied.

We’ve seen how the CIA, the FBI, the Department of Justice, the FISA Courts and the IRS have all been politicized by the left and weaponized by the left, leading to gross abuses of power.

We saw how the Deep State empowered Special Counsel Robert Mueller, based on Hillary Clinton’s “Russia collusion” hoax, to undermine and, if possible, destroy the Trump presidency.

This Disinformation Governance Board starts out as a gross abuse of power, and it will only get worse as it inevitably grows, as all government bureaucracies grow.

Here’s something else that you must understand.

Now, think about this.

When Secretary of Homeland Security Mayorkas testified before Congress this week, he said the following:

“We have so many different efforts underway to equip local communities, to identify individuals who very well could be descending into violence by reason of ideologies, of hate, false narratives, or other disinformation and misinformation propagated on social media and other platforms.”

If I knew that Secretary Mayorkas was referring to efforts to root out radical Islamists in jihadi mosques, I might feel a little better about that statement. But that’s not at all what he’s talking about.

His statement was in response to a question from a left-wing congressman who believes that when conservatives express concerns about “election integrity,” it’s a “dog whistle” to set off domestic extremists.

More importantly, Homeland Security is not going after people who committed crimes or who engaged in violence. No, they’re investigating Americans for simply consuming information “on social media and other platforms” that some bureaucrat thinks might cause them to “descend into violence.”

Are they watching Fox News or Newsmax? Are they laughing at the latest Babylon Bee article? Do they belong to a group with “Patriot” in the name? Do they have a sticker of the Gadsden flag (Don’t Tread On Me) on their car?

When did it become acceptable for federal law enforcement to start monitoring what the American people are watching, reading and thinking?

This is just a further extension of the Biden Justice Department deploying the FBI against concerned parents at school board meetings. (Here and here.)

As Tucker Carlson said in his excellent monologue last night, this is where we must draw the line.

Conservatives in Congress must fight this EVERY. SINGLE. DAY.

Every member of Congress who cherishes free speech and the First Amendment should issue press releases condemning Biden’s Disinformation Governance Board. They should vote against any bill that provides one dime for this outrageous Orwellian nightmare.

You Are The Target

But don’t make the mistake of thinking this is just about one government board or one radical bureaucrat. It’s bigger than that, and you are the target.

For example, suppose you apply for a job at one of America’s big corporations. You’ve got all the qualifications. You aced the interview. But they call you in and say:

“We’ve looked into your background, and we’re afraid we may suffer a reputational risk if we hire you. It seems you once joined a group cited by the Department of Homeland Security Disinformation Governance Board that threatens democracy. Sorry.”

This is happening today in communist China with its “social credit score.” They don’t have to put you in an actual jail, but they will put you in a “cancel jail,” if you’re linked to government disapproved behaviors and disinformation.

If you don’t think that world is where we’re headed, you’re not paying attention. It’s already happening here in other ways.

Go to a conference Airbnb doesn’t approve of, and they’ll ban you. Banks are being pressured by the left to cut off disfavored industries. (Here and here.) 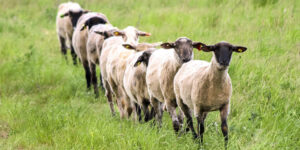 If you wrote an article in law school critical of same-sex marriage, there isn’t a major law firm in Washington, D.C., or New York City that would hire you.

If you don’t agree with the left’s claims about major global warming, you’re a “climate change denier.” If you believe there are only two genders, you’re a bigot spreading hate and can’t be hired.

Remember the left’s “enemy’s list” of Trump supporters who were declared “unemployable”?

As I have said many times, the left is trying to make normal conservative thoughts and opinions unspeakable, if not criminal.

That’s the America the left is creating for you, your children and your grandchildren.