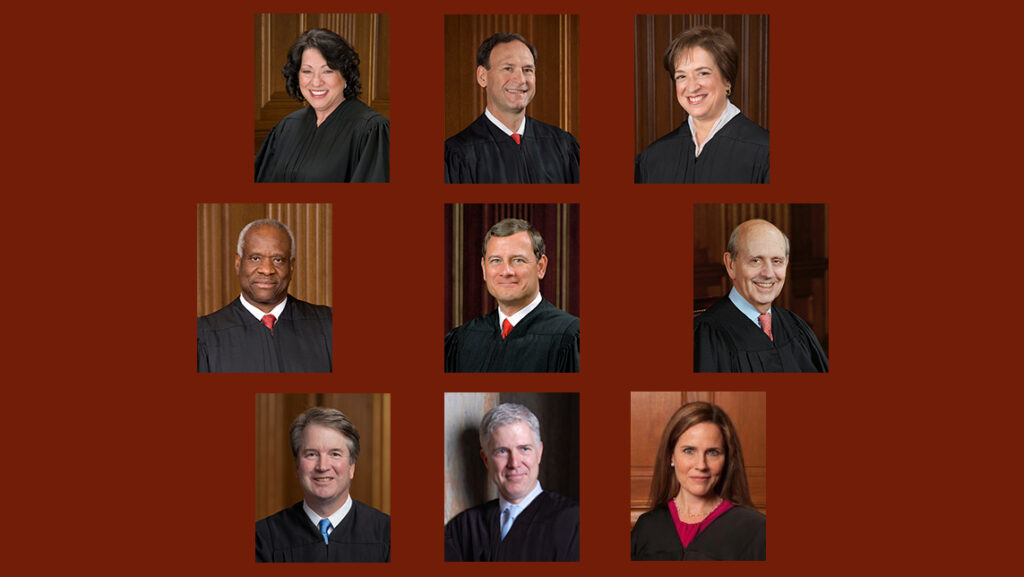 WASHINGTON—Business litigants overall have fared well at the Supreme Court in recent years but their gains were more incremental during the court’s just-ended term, and while they won a few big cases, others ended in one-sided defeats.

Wins for the business community included rulings that cut back on unions’ physical access to farmworkers, raised a new bar for some consumer class-action lawsuits and removed a hurdle for the construction of natural-gas pipelines.

But those were balanced against losses in which the court declined to make it harder to bring certain product-liability and securities-fraud lawsuits. The justices also affirmed antitrust liability for the National Collegiate Athletic Association.

The 2020-21 term, which ended this week, was the first for a court with a conservative majority that now enjoys a 6-3 advantage thanks to the confirmation of Justice Amy Coney Barrett. Most business rulings, however, didn’t fall along those ideological lines.

“If people thought the new conservative appointees would march in lockstep with the Chamber of Commerce, that’s not what is happening,” said lawyer Deepak Gupta, whose practice focuses on representing consumers and workers. “The picture is a lot more complex.”

One significant win for business came last week when the court struck a blow against union access, in a 6-3 decision that boosted property rights by ruling that California can’t force farm owners to give union organizers access to their fields.

The decision wiped out a 1970s-era achievement of César Chavez’s farmworker movement and reinforced the court’s commitment to private property rights, which conservative justices have viewed as under threat from overreaching government regulations.

The court also erected new hurdles to certain class-action lawsuits in a case where it limited who could sue for being falsely labeled as potential terrorists on their credit reports. There, a 5-4 court said plaintiffs only had standing to sue companies for violations of federal law if they suffered real harms, not just abstract or speculative ones, even if Congress specifically authorized lawsuits for damages.

That holding could make it harder for consumers to bring a variety of cases in federal court, including privacy lawsuits alleging the misuse of personal data. Conservatives formed the majority for that decision, but Justice Clarence Thomas peeled off, joining with three liberal justices in dissent.

On the other side of the ledger, the court unanimously rejected a bid by Ford Motor Co., backed by major business groups, to limit exposure to product-liability lawsuits in state courts.

The court said the auto maker must face lawsuits in Minnesota and Montana over serious auto accidents there, rejecting Ford’s claims that courts in those states didn’t have jurisdiction because the vehicles involved weren’t built or originally sold there. The case served as a warning that business litigants taking aggressive positions can overplay their hand at the high court.

The court also ruled unanimously that the NCAA violated U.S. antitrust law by imposing tight limits on the kinds of benefits and compensation college athletes can receive. The decision could provide a boost to plaintiffs in other labor cases who allege employers unlawfully conspired to suppress competition for workers.

Paul Clement, a former U.S. solicitor general and frequent lawyer at the high court, said the term “on balance was a little more favorable for business than not.”

“In a lot of ways, the business cases are a microcosm of the whole term,” Mr. Clement said, where an array of decisions avoided sweeping outcomes and justices found cohesion in some cases where court watchers might not have expected it.

Such agreements across ideological lines, often reached through rulings that were narrower in scope, allowed the justices in some circumstances to steer clear of political fault lines that exist across the country.

The term was quieter on the business front than some past years of the court under Chief Justice John Roberts when companies won high-profile victories that limited their exposure to civil lawsuits, allowed them to move more consumer cases to arbitration and pared back government regulations.

The justices took a narrow path in a securities-fraud battle involving Goldman Sachs Group Inc., where investors alleged the firm engaged in deception that artificially inflated its share price at the time of the 2007-09 financial crisis. The high court gave Goldman a new opportunity to challenge the lawsuit, but it rejected the firm’s broader arguments that could have raised the bar for shareholder claims.

The court last month ruled Nestlé USA and Cargill Inc. couldn’t be sued in U.S. courts for alleged child-labor abuses committed in Ivory Coast, because the plaintiffs’ case didn’t have enough of a connection to the U.S. to proceed. The court, however, declined to accept arguments that domestic corporations can never be sued under a 1789 law authorizing foreign citizens to file lawsuits in federal court over violations of international law.

The natural-gas industry won a significant ruling this week when the court held that pipeline developers can exercise the federal government’s eminent domain power against a state that objects to the taking of its property for an infrastructure project.

Some businesses may benefit from an April ruling in which the court unanimously curbed the Federal Trade Commission’s longtime practice of seeking to recover ill-gotten gains in court from companies and individuals who cheat or mislead consumers.

Business groups argued the FTC’s longstanding approach was excessively punitive against companies whose conduct wasn’t egregious or clearly unlawful. In some cases, the high court dealt business defendants significant losses by refusing to intervene at all. One prominent example came last month when it declined to consider a Johnson & Johnson appeal challenging a $2.1 billion civil judgment awarded to 20 women who alleged the company’s talcum baby powder caused ovarian cancer.

Write to Brent Kendall at brent.kendall@wsj.com■