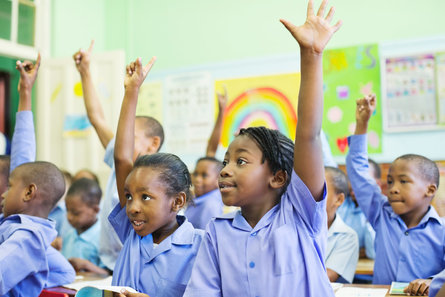 This court decision may certainly be seen as an invitation to state governments to freely expand taxpayer support to schools that teach religions besides secularism.

While repeatedly flipping the Constitution and right voters the bird this spring, the Roberts Supreme Court put the finger down for a 5-4 decision barring states from discriminating against the religious upbringing of children. It marks a significant potential advance for school choice, as nearly half the country’s parents wish they could send their children to private schools but only about one in ten do, due largely to their lack of control over public funds expended in their children’s names.

When Montana’s legislature passed a law in 2015 allowing tiny tax credits for up to $150 in donations to private-school scholarships, the state tax bureau refused to credit any donations to religious schools. It argued, and the state supreme court agreed, that treating religious organizations the same as secular organizations conflicted with a state constitution provision known as a Blaine Amendment.

“Drawing on ‘enduring American tradition,’ we have long recognized the rights of parents to direct ‘the religious upbringing’ of their children,” wrote Chief Justice John Roberts in the court’s majority opinion. “Many parents exercise that right by sending their children to religious schools, a choice protected by the Constitution. But the no-aid provision [Blaine amendment] penalizes that decision by cutting families off from otherwise available benefits if they choose a religious private school rather than a secular one, and for no other reason.”

“In the founding era and the early 19th century, governments provided financial support to private schools, including denominational ones,” Roberts noted. “‘Far from prohibiting such support, the early state constitutions and statutes actively encouraged this policy.’”

The amendments’ goal was to keep Catholics from accessing the same community funding for raising their children in their beliefs that Protestants enjoyed. This backfired on all Christians when a series of Supreme Court decisions gradually erased Christianity from publicly funded schools, under the false belief that secularism does not also teach religious ideas (such as where the world comes from, whether God exists, the nature of humans and God, etc.). In other cases, the Supreme Court has called secularism a religion, while it has also effectively required that taxpayer dollars captured for education go only to schools that impart secularism.

The ruling in the Montana case undoes a bit of that incoherent jurisprudence. It also aligns more closely with the requirements of the First Amendment that the federal government not establish a state religion nor prohibit the free expression of faith.

“The Free Exercise Clause ‘protects religious observers against unequal treatment’ and against ‘laws that impose special disabilities on the basis of religious status,’” Roberts noted.

Showing a serious lack of confidence in public education’s desirability to parents, the Montana Department of Revenue also argued to the Supreme Court that it cut off the money to private schools because they compete with public schools for students and, thus, finances.

Roberts also indicated for the court that it may consider Blaine Amendments as a whole to be unconstitutional under the First Amendment’s Free Exercise Clause: “When the [Montana] Court was called upon to apply a state law no-aid provision to exclude religious schools from the program, it was obligated by the Federal Constitution to reject the invitation.” This court decision, then, may certainly be seen as an invitation to state governments to freely expand taxpayer support for education to schools that teach religions besides secularism.

It would also be key in reversing the nation’s loss of its historic saturation in Christianity, since common sense and research indicate that “the currently best-supported argument for why religion has declined around the world” is government-run education, as researcher Lyman Stone wrote in a recent review of such research. “There is ample research supporting the idea that the specific curriculum and values in a school influence religiosity, ” he says.

This is important because, as the founders widely believed, self-government cannot exist if citizens are not religious. Virtue is the core underpinning to republican government. If people do not govern their lives well privately, the resulting injustice and anarchy will generate increasingly authoritarian government.

Therefore, secular education is anti-American, in that it actively undermines the precondition for the American way of life. The Supreme Court’s ruling makes it possible to increase enrollment in pro-America schools, but it is up to the states and ultimately the people to take advantage of this opportunity.

Joy Pullmann is executive editor of The Federalist, a happy wife, and the mother of six children. Her newest ebooks are“Classic Books for Young Children” and “32 Classic Games You Can Play Anywhere.” @JoyPullmann is also the author of “The Education Invasion: How Common Core Fights Parents for Control of American Kids,” from Encounter Books.

Posted in anti-Christian,schooling,SCOTUS,secularism and tagged News