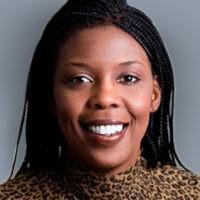 During a speech at the University of Notre Dame, Attorney General William Barr discussed the aggressive and destructive secularism now sweeping the country.

Two recent high-profile speeches by Trump administration officials say much—maybe even all we need to know—about the core cultural conflicts in the country and what will define the upcoming election.

One speech, titled “Being a Christian Leader,” was delivered by Secretary of State Mike Pompeo to the American Association of Christian Counselors in Nashville, Tennessee. Attorney General William Barr delivered the other speech to the law school and the de Nicola Center for Ethics and Culture at the University of Notre Dame.

Pompeo discussed how, as a young man at West Point, he refocused his Christian faith to the center of his life. He went on to relate how this influences today how he understands America’s role in the world and how he does his job as secretary of state.

Barr discussed the aggressive and destructive secularism now sweeping the country. He touched on the key point, made first by then-President George Washington in his 1796 farewell address to the nation, that a free nation must be a self-governing nation and that this only is possible through moral virtue.

Limited government requires a population that rules itself. This requires, as Barr explained, “shared moral values” that “rest on authority independent of men’s will—they must flow from a transcendent Supreme Being.”

There is no way two high-profile officials from the Trump administration would give public presentations like these without support from the president, particularly in today’s highly charged political environment.

Pompeo and Barr communicated a worldview starkly in contrast to what we’re hearing from the Democratic presidential hopefuls, most recently at the debate in Westerville, Ohio.

The line is drawn clearly in the sand.

President Donald Trump is running on the premise that America is a free nation Under God.

In the Democrat world, politicians define for us what social justice is, and politicians use the power of government to implement their vision.

Practically, this means massive expansion of government and politicians like Bernie Sanders or Elizabeth Warren, or whomever Democrats wind up choosing, running our lives and deciding who should have what.

At least some Democrats are asking where the tens of trillions of dollars will come from to pay for proposals like “Medicare for All.”

But let’s look at it a different way.

Who is going to pay for all the government required by the collapse of the American family?

According to the Kaiser Family Foundation, Americans ages 55 and above accounted for 56% of all health care expenditures in 2016.

Our population is now shrinking due to fewer births, a direct result of acceptance of abortion and young people shunning marriage and family.

The result is an aging population. The Census Bureau projects that by 2034, 15 years from now, for the first time ever, there will be more Americans over 65, 77 million, than under 18, 76.5 million.

Fewer and fewer working Americans bearing the health care and retirement burdens of increasing numbers of elderly is not a picture for a healthy future. But it is the future that secular humanism is delivering and will continue to deliver.

The 2016 election was about pushing back from this trend and restoring a free nation Under God.

Trump is delivering on this with deregulation, tax cuts, more conservative judges at every level of our judiciary, and pro-life, pro-family values.

The American Revolution was about freedom.

Americans don’t want a king who thinks he’s God running our lives. This includes Democratic secular humanists who want the same kind of power King George in England had, against whom the American colonists rebelled.

Star Parker is a columnist for The Daily Signal and president of the Center for Urban Renewal and Education.

Posted in culture,ethics,religion,values and tagged Opinion