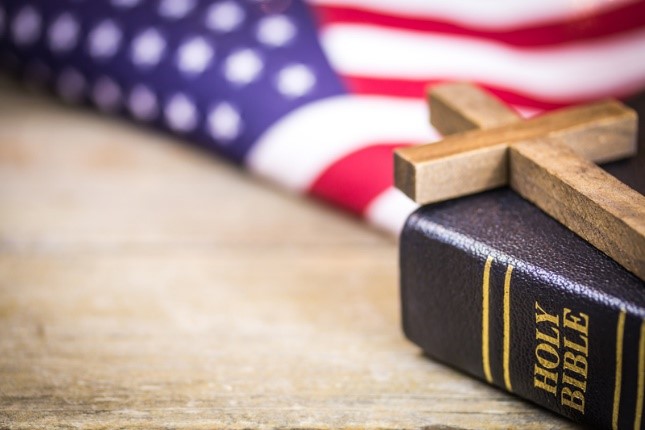 Americans Are Surprisingly Supportive of Religion in School

It’s not easy to be a school administrator these days. In addition to sorting out confusing (and controversial) safety guidance tied to COVID-19, education leaders must deal with pushback (and then the pushback to the pushback) to their efforts to address hot-button topics like racism and gay rights.

Without even trying, I seem to see a story every few hours about parents wanting a school to ban Black Lives Matter banners or put an LGBTQ pride flag back up. Just this morning, I read about a teacher who was  urged to not be so vocal about her support for the police.

New research from the Survey Center on American Life confirms that, at least on some issues, school leaders are facing an almost impossible situation. How are they supposed to know whether to display a pride flag, for example, when the share of Americans who say that’s a good idea (47%) or a bad idea (52%) is almost the same?

Perhaps administrators can find relief by focusing on other, less contentious issues. As I looked at the new survey, I was stunned to discover that religion may fit the bill.

Support is a little lower for displays of nativity scenes (64%) or a Jewish menorah (64%), but the share of Americans in favor of those symbols is still well over 50%. The survey was fielded in August among 2,625 U.S. adults.

Americans are also pretty unified around the idea that lessons on religious liberty don’t need to be a priority. There’s only a 16 percentage-point gap between the share of Republicans who say it’s important to teach about religious freedom (57%) and the share of Democrats who say the same (41%). On other potential lesson topics — including racial discrimination, LGBTQ identity and climate change — more than 30 percentage points separated respondents from each party, researchers found.

State of Faith by Deseret News

Posted in freedom of religion,separation church state and tagged America,Constitution,Education,Faith,Federalism,Government,States