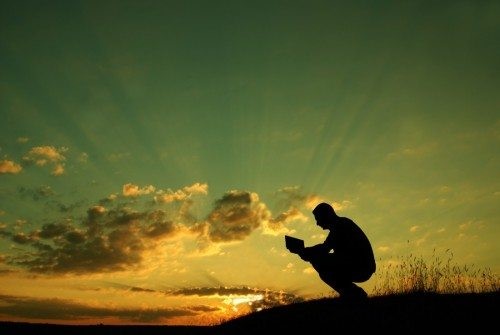 Why the Left Mocks the Bible

The opinions expressed by columnists are their own and do not represent the views of Townhall.com.

At PragerU, we have released about 400 videos on virtually every subject outside of the natural sciences and math. Along with two billion views, the videos have garnered tens of thousands of comments. So we have a pretty good handle on what people most love and most hate. For example, any video defending America or Israel inevitably receives many negative responses. But no videos elicit the amount of contempt and mockery that videos defending religion, explaining the Bible, or arguing for God do.

There is a good reason. The Bible and the left (not liberalism; leftism) are as opposed as any two worldviews can be. While there are people who claim to hold both a Bible-based worldview and left-wing views, these people are few in number. Moreover, what they do is take left-wing positions and wrap them in a few verses from the Bible. But on virtually every important value in life, the left and the Bible are diametrically opposed.

Here are a few examples:

The biblical view is that nature was created for man. The left-wing view is that man is just another part of nature.

The biblical view is that man is created in the image of God, and therefore formed with a transcendent immaterial soul. The left-wing view – indeed, the view of all secular ideologies – is that man is purely material, another assemblage of stellar dust.

The biblical view is that the human being has free will. The left-wing view – and again, the view of all secular outlooks – is that human beings have no free will. Everything we do is determined by environment, genes, and the matter of which we are composed. Firing neurons, not free will, explain both murders and kindness.

The biblical view is that, while reason alone can lead a person to conclude murder is wrong, murder is ultimately and objectively wrong only because there is a transcendent source of right and wrong – God – who deems murder evil.

The biblical view is that God made order out of chaos. Order is defined by distinctions. One such example is male and female – the only inherent human distinction that matters to God. There are no racial or ethnic distinctions in God’s order, only the human sex distinction. The left loathes this concept of a divine order. That is the primary driver of its current attempt to obliterate the male-female distinction.

The biblical view is that the nuclear family is the basic unit of society – a married father and mother and their children. This is the biblical ideal. All good people of faith recognize that the reality of this world is such that many people do not or cannot live that ideal. And such people often merit our support. But that does not change the fact that the nuclear family is the one best-suited to create thriving individuals and a healthy society, and we who take the Bible seriously must continue to advocate the ideal family structure as the Bible defines it.

And for that, perhaps more than anything, we are mocked.

The biblical view holds that wisdom begins with acknowledging God. The secular view is that is that God is unnecessary for wisdom, and the left-wing view is that God is destructive to wisdom. But if you want to know which view is more accurate, look at the most godless and Bible-less institution in our society: the universities.

They are, without competition, the most foolish institutions in our society.

For nearly all of American history, the Bible was the most important book in America. It is no longer. This is a moral and intellectual catastrophe. If you want to understand why, consider reading The Rational Bible, my commentary on the first five books of the Bible. The second volume of The Rational Bible, Genesis, is published today.