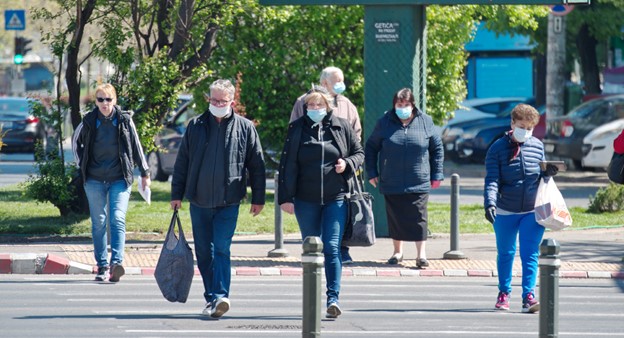 A high-quality, large-scale Danish study finds no evidence that wearing a face mask significantly minimizes people’s risk of contracting COVID-19. The randomized-control trial found no statistically significant difference in coronavirus infection rates between mask-wearers and non-mask-wearers. In fact, according to the data, mask usage may actually increase the likelihood of infection.

“The recommendation to wear surgical masks to supplement other public health measures did not reduce the SARS-CoV-2 infection rate among wearers by more than 50% in a community with modest infection rates, some degree of social distancing, and uncommon general mask use,” the authors summarized their results.

While mask-wearing has been advertised by health officials all around the world, including the U.S. Centers for Disease Control and Prevention and Dr. Anthony Fauci, director of the National Institute of Allergy and Infectious Diseases, to prevent the spread of the coronavirus, the Danish researchers found that there was no statistically significant difference between wearing a mask or not in preventing people from contracting COVID-19.

“In the third post hoc analysis, which investigated constellations of patient characteristics, we did not find a subgroup where face masks were effective at conventional levels of statistical significance,” researchers found.

The randomized-control trial, which is considered the “gold-standard” design for scientific research, had a large sample size of more than 6,000 people. Most studies conducted on various kinds of face masks against various coronaviruses are neither randomized, controlled trials nor conducted regarding the specific SARS-CoV-2 virus currently affecting the world.

This clinical trial was conducted from April through June in Denmark, a largely unmasked area with government recommendations only to social distance and wash hands frequently as the country began to reopen in May. Roughly half of the 6,024 participants, 4,862 of whom completed the study, were randomly assigned to wear surgical masks “outside the home among other persons together” while the other half continued to operate in public without a mask.

Some have noted Denmark’s population at the time of the study was less than 2 percent infected, participants were in charge of reporting their own COVID-19 tests, and other limitations. Dr. Christine Laine, editor-in-chief of the Annals of Internal Medicine, where the study is published, told The New York Times the research shows masks “are not a magic bullet.” In an article, Laine and other editors defended the journal’s decision to publish the study despite pushback.

“More irresponsible would be to not publish the results of carefully designed research because the findings were not as favorable or definitive as some may have hoped,” they wrote.

The mask study one of the largest of its kind ever completed.

“These findings do offer evidence about the degree of protection mask wearers can anticipate in a setting where others are not wearing masks and where other public health measures, including social distancing, are in effect,” the study states, noting that the trial “did not test the role of masks in source control of SARS-CoV-2 infection.”

Jordan Davidson is a staff writer at The Federalist. She graduated from Baylor University where she majored in political science and minored in journalism.