Knock Down, Drag Out, Not New 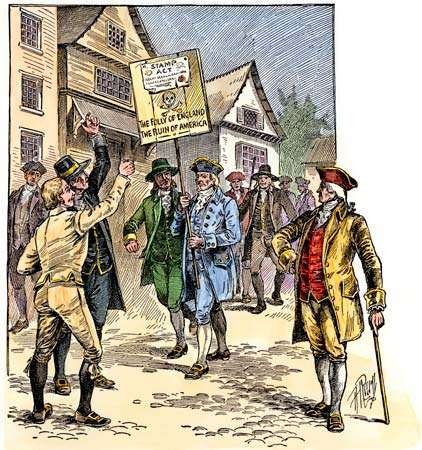 The Founders’ Guide to ‘Knock Down, Drag Out’

Fighting The ratification debates of 1787-88 were colored by ‘patriotic enthusiasms’ verging on violent chaos.

What should statesmen do when public passions go awry? On Jan. 6, pro-Trump protesters stormed the U.S. Capitol, breaking windows, interrupting the certification of the 2020 election results, and forcing the evacuation of lawmakers. The chaotic scene turned tragic when one person was shot and killed in the melee. This was unquestionably an example of unhinged enthusiasm, of passions run amok.

Immanuel Kant once remarked that nothing great has ever been done without passion. But passion, when improperly managed, can do great harm. During the debates over the ratification of the Constitution in 1787-88, the Federalists sought to manage public enthusiasm by enlisting passion on the side of reason. They did so to unify the nation. And we can learn from them.

Americans like to think that the writing and ratification of the Constitution consisted of calm reflection and choice. But the ratification debates were, as the scholar Michael Faber recently put it, a “knock-down, drag-out fight.”

Elbridge Gerry, a delegate at the Federal Convention who refused to sign the Constitution, was burned in effigy in Massachusetts. George Mason of Virginia, who also withheld his signature, was encouraged by the mayor of Alexandria to leave town shortly after his arrival, given the great threat to his personal safety. Mobs forced Anti-Federalists in Pennsylvania to return to the state Assembly and hurriedly set a date for the state’s ratifying convention.

The Anti-Federalist Richard Henry Lee wrote to Samuel Adams, expressing disappointment that “the Agitators of this new system” were resorting to mob violence to rush the ratification of the Constitution, “as if the subject of Government were a business of passion, instead of cool, sober, and intense consideration.”

Leading Federalists denounced the violence of the raging mob. One, writing in the New York Daily Advertiser under the pseudonym “Curtius,” maintained that “an honest indignation of patriotism is often commendable: but when it flames to a devouring enthusiasm . . . philanthropy must sigh at the frailties of humanity.”

Public passions threaten public tranquility. The Federalists thereby had to decide how to manage the passions during the ratification debates. They opted not to suppress passions but to channel them toward common leaders (like George Washington and Benjamin Franklin) and a common cause (ratification). Ideally, Alexander Hamilton wrote in Federalist No. 1, the people would approach the question of ratification without bias, prejudice or the distortions of passion, but “this is a thing more ardently to be wished than expected.”

James Madison distinguished between a laudable zeal for national unity and an indiscreet zeal for division. This latter form of zeal, according to Madison, was inflamed most often by political hucksters, who played on destructive passions to further their own self-interest. We might equate this—in today’s environment—to the clickbait posted by unscrupulous media outlets, part of what Sen. Ben Sasse recently called in these pages “the outrage-industrial complex.”

Madison, Hamilton and John Jay, who all wrote as “Publius” in the Federalist Papers, sought both to inform their readers about the details of the Constitution and to cultivate those passions conducive to liberty and order. They also sought to minimize the destructive—and divisive—passions that flow from faction. Madison desperately sought to avoid a second Federal Convention, which he assumed would be roiled by enmity and discord, caused by the spirit of party, fomented by ambitious and self-interested political actors.

Thanks to the benevolent intervention of God, Madison suggested, the Federal Convention, which produced the Constitution, was free of the spirit of faction. There were common leaders, venerable figures, proud defenders of liberty in whom Americans could place their hope. These leaders were, as the Federalists often described them, “America’s choicest sons,” on whose wisdom Americans could depend.

Madison thereby argued in Federalist No. 49 that it was suitable for zeal to be expressed in the form of “an enthusiastic confidence of the people in their patriotic leaders.” This confidence in common leaders would neutralize “the ordinary diversity of opinions on great national questions.”

But who are our common leaders today? Who demands enough respect and admiration to quell the ordinary diversity of opinions?

Americans are experiencing a crisis of confidence. They don’t trust Congress, the media or big business. With no viable outlet for their pent-up frustration, they are acting on their worst impulses. And the proof of this, regrettably, is in boarded-up businesses in cities throughout the country and shattered windows in the U.S. Capitol.

Madison knew the sway that thought leaders and patriotic statesmen held over public opinion. When trying to get the Constitution passed in Virginia, he observed that if only Gov. Edmund Randolph and others would join the Federalist side, “I have no doubt that Virginia would have been as zealous & unanimous as she is now divided on the subject.”

Skilled statesmen are capable of channeling patriotic enthusiasm toward common causes and common sentiments. When there is a vacuum of political leadership, passions will be channeled elsewhere. They will flow toward divisive opportunists. They will feed on vituperative language advocating outrage and generating fearful visions of immanent national apocalypse. This will further stoke destructive passions. It will get even uglier.

Mr. Zubia is a postdoctoral fellow at the Furman University’s Tocqueville Program.