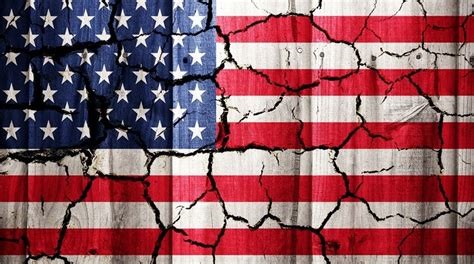 When we speak politically, we risk criticism – yet we may save the Republic. When we question elected officials, public “narratives” (once children’s stories), redefinition of words (in biology, history, or law), defend ourselves, or ask others to defend anti-American ideologies (like Marxism), we risk blowback. But not speaking – fear of the blowback – is how republics die.

Arguably, the greatest danger to a republic is self-chilling – people getting afraid to voice what they know, feel, or experience as truth, because they expect to be punished, forced to pay a social, political, economic, or personal price for defending truth, conscience, and tradition.

We are at that moment in America, whether we like it or not. We see political dialogue – especially since 2020 – turning violent, that violence justified by political leaders, especially on the left, but also on the right. This is a breakdown of civil order and must be stopped, soon.

When groups like ANTIFA, BLM, and, lately, pro-abortion groups turn violent, destroying property and instilling fear, political actors in both major parties must turn the volume down and condemn the rise of political violence. Some have, and many have not. Because some have not, proponents of violence feel empowered.

When political violence triggers policies that conflict with civil society, like the crazy defunding, demoralizing, demonizing, and ambushing of police, or attacking political figures, or stalking Supreme Court Justices, political leaders must speak with one voice – for rule of law, against political intimidation. Some did, many did not.

Today, we have a society struggling – whether we admit it or not – not just with poor leadership, high crime, bad economic, foreign, and defense policies, but with unity in defense of law, limited government, peace through internal cohesion, and whether democracy even matters.

Some edge toward justifying political violence, putting Clausewitz’s idea that “war is the extension of politics” in reverse, importing warlike behaviors into civil society. Only that is a total loser, because if we destroy the institutions, traditions, and rights we have, what have we?

Instead of uniformly condemning political violence, today’s leaders pick and choose where they think it is justified. One side hypes one thing, the other another. Let us be clear: Fear, threats, and violence kill democracy. Chilling speech about the wrongness of chilling speech is the start of it.

In truth, political violence as a means for settling political or social arguments, advancing policies, or pushing one party’s agenda over another, let alone consolidating power, is as wrong as wrong gets. It is never justified. It is dangerous to the republic’s civil fabric and future.

That is why so many Americans are ill at ease. After getting punished economically and politically for opposing off-base COVID restrictions, many unconstitutional, Americans pause.

After being told any talk about election irregularities in 2020 – created to accommodate COVID – or election integrity makes them racist, ideological, stupid, anti-democratic, or “election deniers,” many went quiet.

Parents nationwide, threatened by this administration with FBI investigations, called “terrorists,” racists, and fascists for opposing “Critical Race Theory” in schools, have tried to fight back, but many folded their tents and went home.

Pushed by school administrators, federal authorities, and unions to shut up on issues of sexual identity redefinition, what is taught to kindergartners, how their daughters suffer lost dignity, privacy, and safety in bathrooms and locker rooms, why Title IX is being rolled back, many have fought back. Others have given up.

Parents no longer trust those they thought they could, many giving up on public education – on teachers, administrators, and unions that put leftist activism above kids’ basic academic, social, emotional, and athletic readiness for life. Seeing schools cave to Marxist, anti-girl, anti-traditional, anti-faith, “woke” and nihilistic ideas, they turn to private schools and self-schooling, dialogue over.

All this is not healthy for republics. Instead of encouraging conversations, give-and-take on the Bill of Rights, why “limited government” matters, along with election integrity, police, order, parents, and civil conversation – the left shuts it down.

Big thinkers – Aristotle, Edmund Burke, Lord Acton, George Orwell, and our Founding Fathers all warned – about this. When one party starts to shut the other down – to cancel, demonize, threaten, justify political violence, fail to protect, tag “the other” as deplorable, insensible, racist, and fascist – they chill speech and create one-sided silence. Unless reversed, bad things follow.

Aristotle warned that republics only survive when people speak, and “there is only one way to avoid criticism – do nothing, say nothing, and be nothing.” Burke reminded, “the only thing needed for evil to prevail is that good people do nothing.”

Lord Acton noted “power corrupts, and absolute power corrupts absolutely,” while Orwell observed: “If thought corrupts language, language can also corrupt thought … A bad usage can spread … even among people who should and do know better.”

That is why so many Americans are so profoundly unsettled, uneasy with politics – especially with Biden, Harris, the Democrats in Congress, and an increasingly leftist major party.

When more than 70 million Americans are called by their president “enemies of the state,” a “threat to democracy,” and “extremists” – when the president’s party echoes or is quietly complicit – then liberty-loving, limited-government Americans are given pause.

Bottom line: Do not let the left chill you. This is when words matter most. Alexander de Tocqueville said in the 1830s, Americans are different. “They are constantly brought back to their own reason, as the most obvious and proximate source of truth.” How right he was – and is. We must listen to that voice within and speak. Chilling the People’s voice is how republics die.