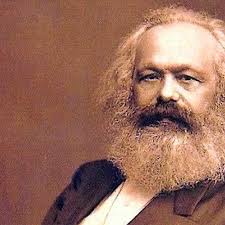 Howard Zinn’s radical revisionist ‘history’ book, ‘A People’s History’ of The United States, is the new normal in the American education system.

A young high school history teacher, named Annie, posted a TikTok video raving about Howard Zinn’s “A People’s History of the United States,” which she explains will be her new classroom textbook.

Howard Zinn’s 1980 left-wing revisionist history book, “A People’s History of the United States,” is a Marxist’s take on American history. This class warfare, victim narrative, famously praised by Matt Damon in his 1997 academy award winning movie, Good Will Hunting, has sold more than two million copies and gone through five editions. In short, the book is a Marxist narrative whereby American history is viewed exclusively through the prism of race and class.

In her TikTok video, posted in the wake of the George Floyd riots, Annie explains she will no longer be using official textbooks in her classroom because they “omit a lot of the truth from our past.” Ironically, “A People’s History” is replete with factual omission to twist history in order to fit a narrative of American shame. For example, according to “A People’s History,” the American Revolution was waged in order to defeat “potential rebellions and create a consensus of popular support for the rule of a new, privileged leadership”. Civil War soldiers fighting to preserve the Union were deceived by “an aura of moral crusade” against slavery which “worked effectively to dim class resentments against the rich and powerful, and turn much of the anger against ‘the enemy.’”

Interestingly, Howard Zinn made no bones about his motivation and goals for writing “A People’s History.” Reputable historians attempt to teach history without being selective and misleading. Zinn on the other hand, openly admitted that he became a historian in order to inspire a social revolution, “I came to history with a very sort of modest objective, I wanted to change the world.”

Zinn’s young followers, who are consumers of his left-wing reinterpretation of the United States, see America as morally flawed. “If people knew history,” Zinn proclaimed, “they would scoff at the idea that the United States is a force for the betterment of humanity.” Unsurprisingly, the American left has enthusiastically embraced “A People’s History” and Zinn’s belief that the United States is, at its core, and from its inception, a sexist, racist, xenophobic, and bigoted nation. America, according to the left, is irredeemable, and her only hope is for a revolution that will fundamentally transform it.

Annie’s rejection of classic, credible history textbooks for overt leftist propaganda may seem shocking, but it is actually a perfect example of the new normal in the American education system. Stanford University School of Education Professor Sam Wineburg explains how “A People’s History” went from being a quirky outlier to the new accepted view of American history, “In the 32 years since its original publication, ‘A People’s History’ has gone from a book that buzzed about the ear of the dominant narrative to its current status where, in many circles, it has become the dominant narrative. For many students, ‘A People’s History’ will be the first full-length history book they read, and for some, it will be the only one.”

Annie stressed, “These people’s stories need to be heard. They need to be shared, because this is what built America and this is why we are the way we are.” In a way, it’s hard to argue with Annie. The fact that the Marxist-inspired “A People’s History” is the new standard in American History curriculum, is precisely the reason why we are the way we are in the summer of 2020. The race riots, destruction of historical monuments, the Pulitzer Prize winning 1619 Project, and the damaging notion of collective American guilt and specifically, white guilt, are all products of the Zinn narrative.

The culture of American shame composed by Howard Zinn has permeated pop culture inspiring disturbing videos of young, white people expressing shame for their race and accepting responsibility for the sins of America’s past. It’s even being embraced by corporate America, who has been a massive funder of the Black Lives Matter movement. This past week, Chik-fil-A’s CEO suggested that white Americans should shine the shoes of black Americans as atonement for America’s racist history.

The root of all this though, is in America’s teachers colleges which have been quietly radicalizing over the course of many decades. When Zinn wrote “A People’s History,” even he would be surprised by how quickly his ideas have been accepted and wholeheartedly embraced in American high schools and even elementary schools. Teachers, like Annie, are passing these distorted and politically-infused ideas of history to their students with little or no critical analysis or opposing points of view.

It will take a massive effort on the part of honest historians to undo the damage done by Howard Zinn and restore the truth about America’s founding, shortcomings and proud history as the architects of freedom and self-government.

Eva Duffy is an intern at The Federalist and a junior at the University of Chicago where she studies American history. She loves the Midwest, J.R.R. Tolkien, writing, & her family.