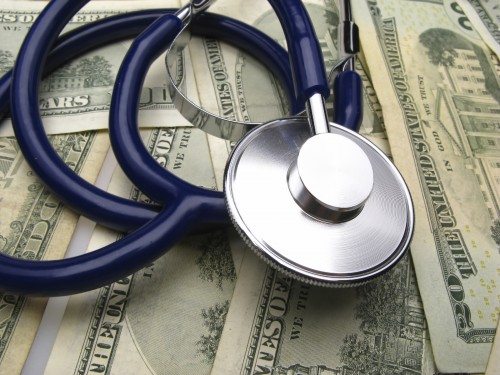 Phillip Truesdell is in the nonemergency ambulance business. When people are confined to a stretcher, need an intravenous bag, or are undergoing dialysis, they can’t simply hop into an Uber. They need an ambulance to get around. It’s an essential service, and running the business, Legacy Medical Transport, has allowed Mr. Truesdell to keep his son and daughter employed and close to home in Aberdeen, Ohio.

Legacy started in 2017 with one ambulance. Today they have seven trucks making more than 1,500 trips a year. Now the Truesdells want to expand the business into Kentucky, a mile away. But they’ve been shut out by the existing businesses there, which enjoy veto power over any new competition.

Kentucky is a “certificate of need” state, which means that anyone who wants to open a new “health facility” (including an ambulance business) must obtain permission from the Kentucky Cabinet of Health and Family Services. The process of getting certified is mostly controlled by the existing providers. When someone applies for a certificate, the state notifies the existing businesses so they can challenge it. If an incumbent protests, the applicant must attend a hearing and satisfy state officials that the new business is “needed”—meaning, among other things, that it won’t take business away from existing operators. The premise of the law is that competition isn’t necessary.

The state almost always denies protested applications. In only two cases in the past decade have ambulance applications been granted in the face of opposition. In one case, officials determined that the protesting business owner had committed Medicare and Medicaid fraud, which discredited his testimony. In the other, the applicant presented evidence that long wait times had likely contributed to a Kentucky resident’s death. Most entrepreneurs won’t have such dramatic facts at their disposal when making their cases.

Applicants sometimes cut deals to get existing businesses to drop their objections. It’s common for ambulance companies to agree to limit the type of services they offer, or to operate only in a small portion of the state, in exchange for the protesting party’s assent. The certificate-of-need law has led to cartel-like behavior throughout Kentucky’s health-care sector. Hospitals, birthing centers and emergency ambulance businesses also must get certificates before starting up.

A recent report by the Pegasus Institute, a Louisville think tank, found that the lack of ambulances in the state has led to longer-than-average wait times. In Louisville the average wait for an emergency ambulance is 10 minutes, 19 seconds. The national average is eight minutes.

The Mercatus Center estimates that Kentucky has 42% fewer hospitals as a result of its certificate program. Certificate-of-need laws proliferated in the 20th century to ensure that rural populations had access to health care. The idea was that granting providers a monopoly privilege would encourage them to start up. But by restricting competition, the laws have led to a startling lack of services. According to Mercatus, certificate-of-need states have 30% fewer rural hospitals per 100,000 residents than other states.

The laws act as a pure political favor to incumbent businesses, depriving hardworking people like the Truesdells of economic opportunity and leaving consumers with fewer choices and higher prices. The laws simply have failed to achieve their goals. In a lawsuit filed last month in federal district court in Lexington, Mr. Truesdell argues that the Kentucky law acts as a “competitor’s veto” and unconstitutionally restricts his right to earn a living.

Precedent is on his side: In 2014 a federal judge struck down a nearly identical Kentucky law for moving companies, ruling that “there is no link between the protest and hearing procedures and any alleged government interest in health and safety.”

Courts nationwide are split on whether the government can constitutionally use its regulatory power for the sole purpose of protecting groups from competition. The lawsuit thus involves an important legal issue that affects entrepreneurs nationwide: What are the limits on the state’s ability to impose economic regulations? At the very least, the law shouldn’t play favorites with businesses. Consumers, not bureaucrats, should pick winners and losers in the marketplace. If Mr. Truesdell wins his case, he’ll restore the right to compete fairly in Kentucky.

Ms. Boden is an attorney at the Pacific Legal Foundation, where she represents Mr. Truesdell.

Posted in certificate of need,crony-capitalism and tagged Free Market