A MAD Solution to America’s Problems 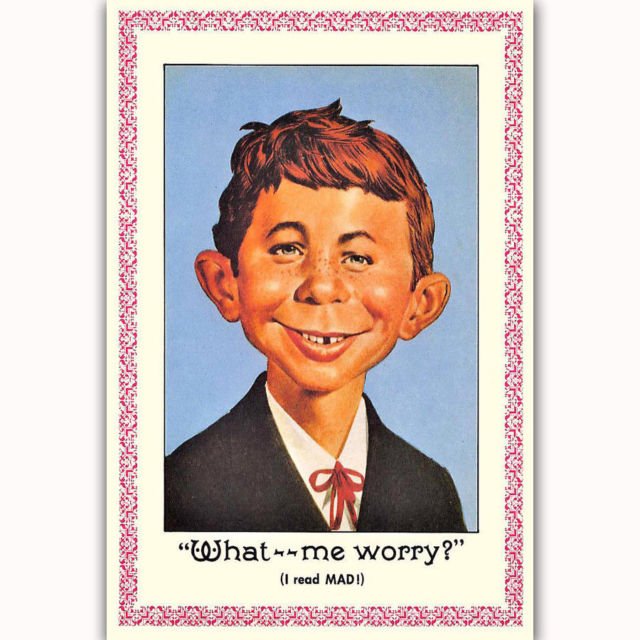 [Editor: Just a play on word nostalgia-there are deeper implication in the article]

In a recent Columbus Dispatch (Ohio) opinion piece Mr. Mayer pointed out that between the late 1940s and 1991 a so-called “Cold War” existed between the US and the USSR (and their respective allies). A doctrine of mutually assured destruction (MAD) arose which held that because a nuclear war would devastate both sides, neither the United States nor the Soviet Union would use such weapons. MAD incentivized American and Soviet leaders to keep the fight between them a “cold” one.

Mr. Mayer suggests it is time that a bipartisan group of elder statesmen come together and use the MAD doctrine to forge a deal that apportions accountability equally so that unaddressed issues like national fiscal responsibility and immigration reform can be resolved (before the mutually assured destruction of America’s government) without either party being blamed by voters at the next election.

Mayer says, “Whether it is a balanced budget amendment, truth in budgeting or finally forcing the federal government to make tough choices about what it funds and what can be properly returned to the states to fund, something must be done to put America’s federal credit card away.”  Read his thoughtful views HERE.