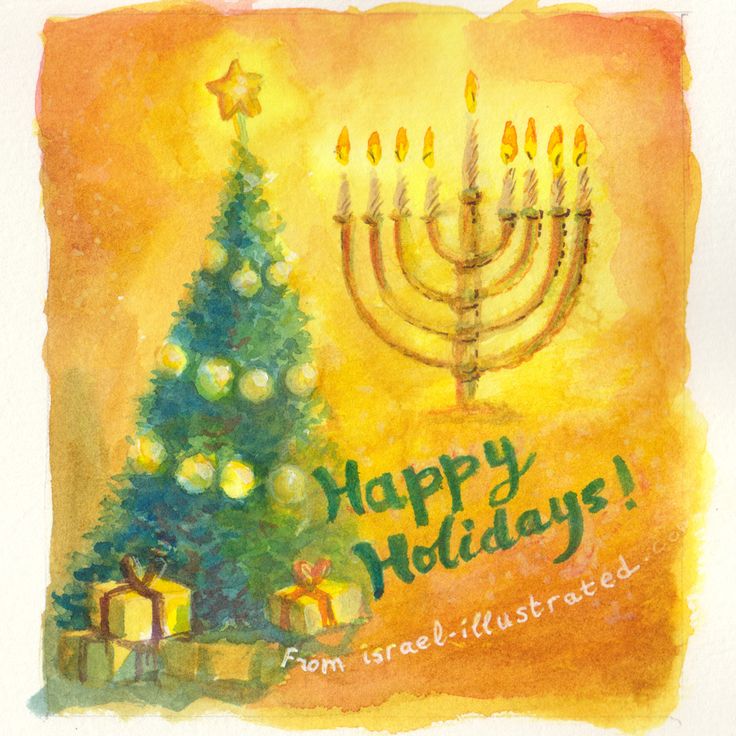 Hanukkah: Feast of Dedication and Miracle of Oil and Light

Father, in the name of Yeshua, Light of the World, help us serve one another, as Yeshua served us. Thank You for this miracle of the provision of oil and light, and of overcoming our enemies!

Then came the Festival of Dedication at Jerusalem. It was winter, and Jesus was in the temple courts walking in Solomon’s Colonnade (John 10:22–23 NIV).

When Jesus spoke again to the people, he said, “I am the light of the world. Whoever follows me will never walk in darkness, but will have the light of life” (John 8:12 NIV).

Each year when I scramble into the attic for Christmas décor, I also bring out my Hanukkah menorah, a rather tacky, white, plastic affair with screw-in, blue flame lightbulbs. In the years since I bought it, I have often looked at much lovelier ones, but I have an absurd affection for this one that allows me to leave my Hanukkiah lit for hours without concerns about fire. It is also a poignant reminder of that year when Holy Spirit impressed upon my heart His desire that I honor and recognize Hanukkah.

The Hebrew word Hanukkah means dedication and marks an eight-day winter celebration (this year from sundown Dec. 18 to sundown Dec. 26) commemorating the rededication of the second temple in Jerusalem, after a small group of Jewish believers defeated the forces of assimilation at work in their 165 B.C. world. It is also called the Festival of Lights, or the Feast of Dedication. Modern celebrations include family gatherings, dreidel games, gifts, and chocolate coins wrapped in gold foil. The Hanukkah story is a tale of the courage to act in obedience to God’s word, against a political aggressor and a culture that vilified God’s ways.

In 333 B.C., Alexander the Great conquered Syria, Egypt, and Babylonia, promoting Hellenistic culture through the Greek language, customs, dress, and polytheistic religion. The Torah-based ethics of the Jewish people put them on a collision course with these invaders. Over a century later, in 167 B.C., one of Alexander’s successors, Syrian King Antiochus IV Epiphanes, began openly persecuting the Jews. He appointed a Hellenistic “high priest” to the temple in Jerusalem, prohibited the study of Torah, and desecrated the altar by causing pigs to be sacrificed upon it — thus earning him the name Epimanes, meaning madman. In 165 B.C., the Hasmonaean family of Mattathias the high priest, under his youngest son, Judah Maccabee (meaning hammer), organized a revolt that eventually succeeded in ousting the Greeks from Israel. The temple was liberated, but had to be rededicated for Jewish worship. The large golden lampstand with the seven almond-shaped oil lamps was found and returned to its place.

According to tradition, when the priests went to light the lampstand, there was little oil left that had not already been desecrated by the Syrian-Greeks. Mosaic law decreed that the menorah must burn continually with pure olive oil (Exodus 27:20). They found oil sufficient for one day only, but, miraculously, that oil burned for eight days — the exact length of time they needed to prepare more sacred oil! The modern-day Hanukkah festival commemorates this miracle with the nightly lighting of candles on the Hanukkiah (a special menorah for this holiday), culminating in eight lit candles in total on the final night.

As followers of Yeshua (Who in 165 B.C. had not yet made His tender yet earth-shattering appearance), we may wonder if this event has relevance for us as Gentiles. In many ways, the modern celebration, with its gifts, decorations, and sweet treats, resembles our celebration of Jesus’ birth. But for Jewish people worldwide (Yeshua’s ethnic family, whose nation and lives are threatened daily through rising anti-Semitism), Hanukkah’s fierce and bright declaration of God’s miraculous power to sustain His own is an act of bold faith. God loves to work against overwhelming odds. And He loves the obedience of those who trust in Him and follow His word despite natural limitations.

John chapter 10 recounts that Jesus was standing in the temple courts, in an area called Solomon’s Colonnade, commemorating the victory of this righteous priestly deliverer during Hanukkah. He did this in the context of another occupation, this time by the Romans. The Jews in the Colonnade then surrounded Him and began demanding to know how long He would keep them in suspense regarding His messianic identity. These Jews were looking for deliverance from their earthly problems, but Jesus began talking to them instead about eternal life. He was the deliverer they were looking for — the Lamb of God Who takes away the sins of the world — but they did not yet recognize Him. Out of the initial victory, Hanukkah became a season for rededication to God. What started as a revolt against political oppressors ended as a time of dedication to Torah and to the God of Israel.

We, too, are part of their story. We are His sheep from another pasture (John 10:16), who are grafted into His covenant with Israel, and we, too, can look to rededicate ourselves to God. We can ask Him to show us anything that entails compromise, especially anything tempting us to assimilate to this present evil age. In John chapter 1, we read that Jesus is the true light, and that the powers of darkness cannot comprehend or overcome that light. Moreover, He has taught us that we “are the light of the world. A city that is set on a hill cannot be hidden. Nor do they light a lamp and put it under a basket, but on a lampstand, and it gives light to all who are in the house. Let your light so shine before men, that they may see your good works and glorify your Father in heaven” (Matthew 5:14–16 NKJV).

Historically, Hanukkah recalls the Maccabees’ resistance to the forced hellenization of the Jewish people. In our current world, the pressure to assimilate takes the form of political correctness, wokeness, “tolerance,” and the acceptance of official propaganda. Our culture screams out proof that men love darkness rather than light, because their deeds are evil. But our choice to be light and to take time to honor this season of rededication speaks loudly that light overcomes darkness. Even as we light the Hanukkah candles, we remember the miracle of light and oil, and the divine light that cannot be overcome.

Here are adapted forms of the traditional blessings that are recited as the candles are lit each night, starting with one candle on the first night, and ending with all eight being lit. A ninth candle (called the servant candle) is used to light the others. This is a powerful parallel to Jesus — the Light Who came not to lord it over us, but to serve us, and to fill us with His light. My Hanukkiah is prominently displayed in my bay window, allowing my Jewish neighbors to see it and to know that I, too, adore and honor the God of Abraham, Isaac, and Jacob. Let us follow Him into that servant place, worshiping with candlelight the God Who takes our obedience and dedication to Him and multiplies it as light to the nations.

Blessed are You, LORD, our God, king of the universe, Who have sanctified us by Your commandments and have given us Yeshua the Messiah, the light of the world.

Blessed are You, LORD, our God, king of the universe, Who performed miracles for our ancestors in those days, and Who do this for us also, at this time.

Blessed are You, LORD, our God, king of the universe, Who have kept us alive, sustained us, and enabled us to reach this season.

How are you praying about rededication to Christ Jesus and about being light? Please share below.

Author Lori Meed is an IFA intercessor who shares her wisdom and intercessory insight on Pray With Others LIVE. Join us Tuesdays at 12:15 p.m. ET for a time of praying together for God’s purposes in our nation, covering the top issues and prayer needs from Headline Prayer. Photo Credit: Canva.