From Problems to Solutions 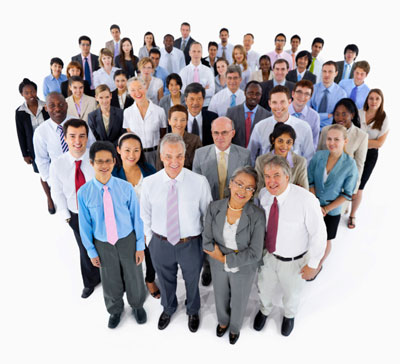 We live in an age of admiring problems, by which I mean fretting and fixating, letting fear grab and shake us, then collectively getting into the grab, shake, blame, and complain game. To speak bluntly, that is not the American way.

As a People, we have been inveterate, unstoppable problem solvers, not yammering finger pointers. After carving a nation from the wilderness, we resourcefully defeated an empire, codified natural law in a Bill of Rights, created a template for preserving freedom and pursuing equality – then grew into our skin, becoming the most powerful and generous nation in history.

In later years, Americans solved medical problems with blood banks, penicillin, streptomycin, and innumerable life-saving antibiotics used today.  Americans invented the first pacemaker in 1952, and in 1954 conducted the first successful organ transplant – a kidney transplant between identical twins… one of whom , Ron Herrick, was my high school math teacher 45 years ago. The stories are real, American courage and contributions to human problem-solving incalculable.

Nor have we bowed, bent or broken facing technological challenges, from laying the first transatlantic cable (1858) to the modern submarine (1900), first automobile and airplane to first cell phone and Internet, Panama Canal to first nuclear reactor.  Lest any forget, we were also the first – and only – nation to put men on the moon and to rescue a moon flight in Apollo 13. Americans are intrepid, resilient, confident, competent and – objectively – heroic.

In all of mankind’s history, no nation has done more, or done more for others. No nation – no People bound by honest ideals, culture of hope, unified commitment to freedom and the future – has ever delivered what we Americans, simple and unbounded, have delivered.  That is not a contestable opinion – it is a fact.

Even on the cultural side, seeking improvement from within, we pull no punches.  We have led the world in thinking about human rights, what equality of opportunity is, means, should mean, and how to make it real, from fighting a bloody civil war for racial equality to constitutional amendments marking women’s suffrage and applying the principles of due process, equal protection, and all individual freedoms to the state level.

On the numbers, we are the most other-regarding, self-critical, self-correcting, generous, gregarious, engaging and – for much of the world – perplexing People ever to populate a tract of land and call ourselves “one nation under God.”  There has never been an America – and if we lose this one, there will not be another for a thousand years.

In all this, we have been more unified than divided, more proud than preoccupied by petty things. We have been about forward movement, tacking into the wind for solutions, not running from it or hiding behind mutual recrimination.

So, what troubles us now? Frankly, less than has troubled us most our history – or less than should. We face another noxious virus, one less serious than a dozen we have already beaten.

We face a deficit of competent political leadership, a generation either uneducated or disinterested in our past, unable to grasp that real leaders look back, then ahead with resolve.

In truth, we need not aspire to being the greatest nation in human history; we are that nation. We the People, of unique daring, love, and commitment to freedom – are those people.

We need not wring our hands and admire modern medical, technological, or social problems – as if insoluble. We need not condemn our ability to get beyond the now. We have always done that.

America’s crisis is simple. It is a crisis of confidence, nurtured by those who would like average Americans to doubt their own eyes, own abilities, own history, own neighbors, and own can-do.

Our job is to doubt none of those. Rather than cede rights to craven socialist schemers, anarchists, and anti-American plotters; rather than give up on ourselves, our job is to speak truth.

Re-grounded in who we are – regardless of faith, race, gender, geography, family heritage, accent, demography, social standing, or livelihood – we must pull in the same direction together.

In short, America is Americans, enlivened by our unrivaled history of can-do, our never quit temperament, our willingness to turn into the wind, never away from it.

We are individually, and as a collection of free individuals, blessed beyond any people in the world. Because of that, because of those who came before and what we must pay forward now, we need to stop admiring problems – and start solving them.

Truth is that, whatever you worry about – politically, medically, technologically, or socially – there is more hope in solutions than you know. And odds are, when the solution is found, it will be an American pioneer who finds it. One and all, let us stop the handwringing, stop admiring the problem – and cast our eyes forward, shoot for the moon so to speak, shall we? That is the American way.