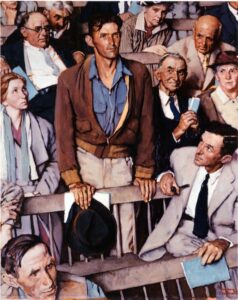 When the case of Lorie Smith, a Christian graphic design artist who declined to create websites for same-sex celebrations, goes before the Supreme Court, it won’t be just her rights at stake — and it won’t just be the rights of Christians.

Smith says her decision was based on the message, not the person requesting it. “I’ve had the opportunity to create custom designs for clients in all walks of life, including those who identify as LGBT,” Smith said. “For me, it’s never, never, never about the person who requests the design. It’s always about what message they want expressed.”

Smith said in a press conference last Thursday that she started her own design studio, 303 Creative, so she could promote causes she believed in, including “a heart for children with special needs, overseas missions, the beauty of marriage, animal shelters, and veterans.” When she wanted to expand her business to include weddings, the state of Colorado would not allow her to do so unless she created websites for same-sex weddings as well.

“The Colorado law restricts the fundamental First Amendment rights of Lorie and other business owners like her, and it doesn’t just target Christians only,” Sen.Ted Cruz said. “Consider it this way: Should a Muslim artist be compelled by the government to draw the image of Mohammed? Should Jewish artists be forced to create art that they consider to be antisemitic? Should a Democrat political firm be forced to take on Republican clients? Should left-wing newspaper columnists be forced to write conservative columns? No, no, no, and — as fun as it might be — no.”

Cruz and other members of Congress filed an amici curiae brief urging the Supreme Court to take Smith’s case, 303 Creative v. Elenis, which the court did in February. Kristen Waggoner, general counsel at Alliance Defending Freedom, will argue the case before the Supreme Court.

Waggoner said the Tenth Circuit Court of Appeals rule 2-1 against Smith, in spite of facts that the court and both parties agreed on: “First, Lorie’s religious beliefs are sincere, and they guide every aspect of her life,” Waggoner said. “Second, Laurie works with all people, from all walks of life, including those who identify as LGBT. Third, the parties and the lower court agreed that Lorie bases her decisions on the content of the message, not the person requesting it. And lastly, the parties have agreed, and the court below agreed, that Lorie’s speech is protected by the First Amendment because she is communicating a message.”

Because the argument is about free speech, the ruling will set precedent for cases that don’t involve religion at all, including the cases of people who oppose Smith’s beliefs.

“A win for Lorie in this case is a win for everyone,” Sen. Marsha Blackburn said.

Olivia Hajicek is an intern at The Federalist and a junior at Hillsdale College studying history and journalism. She has covered campus and city news as a reporter for The Hillsdale Collegian. You can reach her at olivia.hajicek@gmail.com.