Fishing in the Swamp 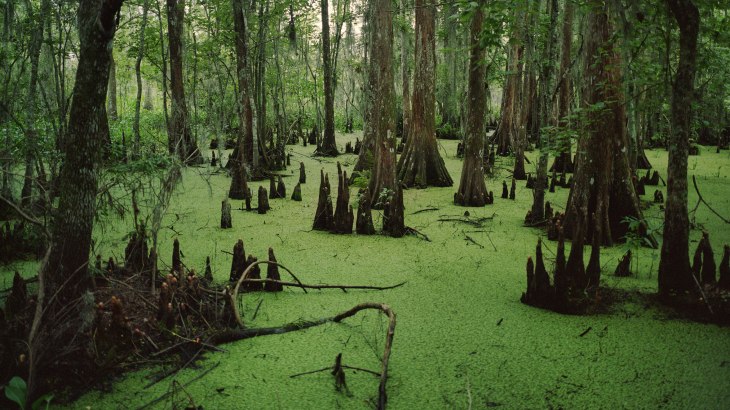 Whistleblowers and the Real Deep State

Civil servants too often forget they work for the people and seek to impose their own policy agendas.

House Democrats are plowing ahead with an impeachment effort inspired by accusations from an anonymous “whistleblower.” The lawmakers may allow the witness to testify anonymously, sources who themselves remained anonymous told the Washington Post this week. It’s as if the whole effort is designed to confirm President Trump’s complaint that the “deep state” is determined to sabotage his presidency.

By “deep state,” Mr. Trump seems to mean any current or former federal employee who works to undermine him. I find that definition too broad, and it misses an important distinction. Officials like James Comey and John Brennan, respectively former directors of the Federal Bureau of Investigation and the Central Intelligence Agency, were appointed by politicians and are subject to some public scrutiny and political accountability.

The “deep state”—if we are to use the term—is better defined as consisting of career civil servants, who have growing power in the administrative state but work in the shadows. As government grows, so do the challenges of supervising a bureaucracy swelling in both size and power. Emboldened by employment rules that make it all but impossible to fire career employees, this internal civil “resistance” has proved willing to take ever more outrageous actions against the president and his policies, using the tools of both traditional and social media.

Government-employed resisters received a call to action within weeks of the new administration. Deputy Attorney General Sally Yates became acting attorney general on Mr. Trump’s inauguration and Loretta Lynch’s resignation. A week later, the president signed an executive order restricting travel from seven Middle Eastern and African countries. Ms. Yates instructed Justice Department lawyers not to defend the order in court on the grounds that she was not convinced it was “consistent” with the department’s “responsibilities” or even “lawful.” She decreed: “For as long as I am Acting Attorney General, the Department of Justice will not present arguments in defense of the Executive Order.”

Mr. Trump fired her that day, but he shouldn’t have had to. Her obligation was to defend the executive order, or to resign if she felt she couldn’t. Nobody elected Sally Yates.

The Yates memo was the first official act of the internal resistance—not only a precedent but a rallying cry. Subordinates fawningly praised her in emails obtained by Judicial Watch. “You are my new hero,” wrote one federal prosecutor. Another department colleague emailed: “Thank you AG Yates. I’ve been in civil/appellate for 30 years and have never seen an administration with such contempt for democratic values and the rule of law.” Andrew Weissmann—a career department lawyer, then head of the Criminal Fraud Division and later on the staff of special counsel Robert Mueller—wrote: “I am so proud. And in awe. Thank you so much.” Ms. Yates set an example to rebels throughout the government: If she can defy the president, why can’t I?

That mentality fed the stream of leaks that has flowed ever since. The office of Sen. Ron Johnson, chairman of the Homeland Security and Government Affairs Committee, made a study of Mr. Trump’s first 18 weeks in office. It found the administration had “faced 125 leaked stories—one leak a day—containing information that is potentially damaging to national security under the standards laid out in a 2009 Executive Order signed by President Barack Obama.” Nearly 80% focused on the Russia probe, and many revealed “closely-held information such as intelligence community intercepts, FBI interviews and intelligence, grand jury subpoenas, and even the workings of a secret surveillance court.”Unauthorized disclosure of classified information is a felony.

Employees also started using social media to “resist.” A National Parks Service employee had already used an official Twitter account to troll Mr. Trump, passing along a post that showed side-by-side comparison of the crowd at Mr. Trump’s inauguration and the larger one at Mr. Obama’s. Around the time of the Yates firing, someone in the Pentagon set up the Twitter account @Rogue_DOD, on which was posted a damaging opinion piece about Trump and internal documents about climate change. A former employee at the Centers for Disease Control and Prevention set up @viralCDC, with the description: “The unofficial ‘Resistance’ page of the CDC.” Its pinned tweet read: “If they choose to make facts controversial, the purveyors of facts must step into the controversy. #ScienceMarch #resist.”

These details come from a Jan. 31, 2017, Washington Post story, which reported that “180 federal employees have signed up for a workshop next weekend, where experts will offer advice on workers’ rights and how they can express civil disobedience.” The report added that some federal employees were in “regular consultation with recently departed Obama-era political appointees” about how to oppose the administration, while others were planning to “slow” their work if asked to focus on anything other than their policy “mission” as they understood it.

At the State Department, resisters organized a “cable” protesting Mr. Trump’s travel ban. It worked its way through dozens of U.S. embassies and ultimately had at least 1,000 signatures. The cable was part of a “dissent channel” that Foggy Bottom maintains to allow officials to disagree with policy, and it is meant to be confidential. The resisters made the letter public, bragging about the numbers of signers and anonymously slamming Mr. Trump. The Wall Street Journal quoted an unnamed State Department official: “There is overwhelming disgust and shock at this executive order.”

A former Obama assistant secretary of state, Tom Malinowski, acknowledged sarcastically that such a protest was unprecedented. “Is it unusual?” he said to the Post. “There’s nothing unusual about the entire national security bureaucracy of the United States feeling like their commander in chief is a threat to U.S. national security. That happens all the time. It’s totally usual. Nothing to worry about.”(Mr. Malinowski is now a congressman from New Jersey.)

Many Obama holdovers have openly worked to cause mayhem in the new administration. Consider Walter Shaub, whom Mr. Obama appointed in 2013 to run the Office of Government Ethics. That office isn’t a watchdog. It doesn’t adjudicate, investigate or prosecute ethics violations or complaints. It was set up in 1978 to help the White House; its webpage notes it is there to “advise” and to “assist” the executive branch in navigating complex ethical questions.

Mr. Trump came to office with more such questions than most, and the Office of Government Ethics should have been a valuable resource. Instead, within weeks of the election, Mr. Shaub was mimicking the president-elect from an official Twitter account: “@realDonaldTrump OGE is delighted that you’ve decided to divest your businesses. Right decision!” “@realDonaldTrump Brilliant! Divestiture is good for you, very good for America!” When Mr. Trump released his plan for his assets, Mr. Shaub blasted it at a public event with press in attendance.

At one point Mr. Shaub sent one of his critical missives to hundreds of government ethics officials, every inspector general, and the chairmen and ranking members of numerous congressional committees. When administration officials began to call him out on his behavior, he loudly resigned and immediately landed a job at the liberal Campaign Legal Center.

Bureaucrats also began filing official internal complaints, demanding to get to define their own policies and programs. In July 2017, an Interior Department employee named Joel Clement published a Washington Post op-ed titled “I’m a Scientist. I’m Blowing the Whistle on the Trump Administration.” He began his piece: “I am not a member of the deep state.”

He explained that he had just filed a complaint with the U.S. Office of Special Counsel, a federal body that regulates and protects civil servants. For seven years Mr. Clement had worked at Interior, helping “endangered communities in Alaska prepare for and adapt to a changing climate.” Now he, along with more than two dozen other senior career Interior employees, had been reassigned to working in fossil fuels. He claimed this reassignment was retaliation “for speaking out publicly about the danger that climate change poses to Alaska Native communities.” He called himself a “whistleblower.” At least he put his name on the article.

Although the law protects civil servants from being fired, departments have broad authority to reassign them. Setting policy priorities wasn’t Mr. Clement’s job. Yet his complaint inspired eight Senate Democrats to demand an Interior inspector general investigation. Notably, that 2018 report did not find evidence of Mr. Clement’s charges of retaliation. As then-Deputy Interior Secretary David Bernhardt noted, the department’s actions were entirely “lawful.” Mr. Clement in the fall of 2017 resigned with a much-publicized letter to then-Secretary Ryan Zinke: “Your agenda profoundly undermines the DOI mission and betrays the American people.” Mr. Clement is now a senior fellow at the left-wing Union of Concerned Scientists.

In December 2017, such acts of defiance led the Atlantic to celebrate the “Year of the Civil Servant.” The article hailed the bureaucracy for toiling through “the president’s chaotic first year in office.” It saluted those who had fought against an administration that had made it “nearly impossible” for them to “do their jobs.”

But the job of civil servants is to implement, not undermine, the policies established by elected officials. A government paycheck doesn’t entitle them to call the shots. The bureaucratic resistance has used its power to delay and undermine Trump proposals, leak government information, gin up controversies to run Trump cabinet heads out of Washington—and now provide an excuse for impeachment. Many call themselves whistleblowers, but that’s a bastardization of an honorable word. Whistleblowers expose government fraud; resisters sabotage policy and attempt to undermine an elected government’s legitimacy.

Government workers are a vital part of society. Yet voters have become deeply suspicious—and rightly so—of the federal bureaucracy. That’s damaging the country. Democrats insist they must remove Mr. Trump from office to save America’s institutions and restore its norms. Who’s doing the real damage to institutions and norms? The resistance should look in the mirror.

Ms. Strassel is the Journal’s Potomac Watch columnist. This article is adapted from her book, “Resistance (at All Costs): How Trump Haters Are Breaking America,” to be published Oct. 15.