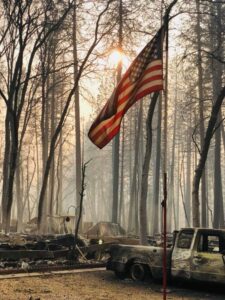 Understanding the Constitution: Why Most Federal Land Holdings Are Unconstitutional and Why You Should Care

This summer has been quite a wildfire season in the western United States. Uncontrollable fires are becoming increasingly common in the West, but many people in other parts of the country don’t understand why. That ignorance makes citizens prey to propaganda about fires being caused by “global warming,” reduces resistance to authoritarian schemes such as the Biden administration’s “30 by 30” program, and impairs understanding of the real reasons for the blazes.

Here’s the most important underlying cause of the fires: federal land ownership.

The feds currently hold title to 28 percent of the nation’s land area (pdf), and they control the uses of that land. The results are characteristic of other government-owned (socialized) enterprises: They’re subject to political pressures, bad incentives, and defective information. The resulting mismanagement promotes uncontrollable wildfires. And that’s only one of the enormous economic, social, political, and environmental costs.

Even people otherwise opposed to socialism often give a pass to federal land ownership, because they associate it with our national parks and national monuments. As a matter of personal disclosure, I’m a life-long outdoorsman who loves our national parks, monuments, and other open lands. But I want them managed better. 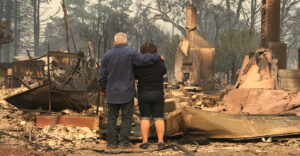 However, the sad fact is that even the parks and monuments suffer from problems inherent in government ownership, such as grossly deferred maintenance. More importantly, they comprise only about 12 percent of the real estate titled to the federal government (pdf). The prominence and popularity of the parks and monuments help disguise what happens on the other 88 percent of federal land.

The vast bulk of that 88 percent has no special value. It’s nothing like Yellowstone, Yosemite, or Glacier. It’s dismal scrub country or desert—good only for grazing or mining, if even for that—or it’s ordinary woodland. Under federal neglect and mismanagement, that woodland has become fodder for destructive plant diseases and kindling for devastating fires. Those fires not only destroy the forest, but also frequently spread to state and private property. They also pollute the nation’s airshed.

The key to addressing those problems is to restore the Constitution’s careful provisions for land ownership and control. Of course, that would require a corrective constitutional amendment proposed by a convention of the states, because no agency of the federal government—even the courts—will actively seek a reduction of federal power.

When the Constitution was being debated (1787–1790), the new federal government was expected to take title to the vast territory between the coastal states and the Mississippi River. Nearly all of the American Founders favored that area’s organization into states. They also favored selling most of that land and transferring nearly all the rest to state governments. The Founders understood that states couldn’t play meaningful roles in the federal system unless they governed the acreage within their own boundaries without federal interference. The Founders also understood that for people to be free, most land had to be under private ownership.

Accordingly, the Constitution’s advocates repeatedly assured the public that the central government would have little or no authority over in-state land (pdf) (pdf).

On the other hand, the Founders recognized that the federal government had to own or otherwise control some acreage in order to prevent undue reliance on the states. For example, it wouldn’t be a good idea for military installations or the national capital to be at the mercy of any state.

Here’s a summary of how the Constitution, properly interpreted, balances federal and state interests:

Second, Congress may own and govern areas outside of state boundaries: the U.S. territories. These were ceded by foreign nations through treaties. Contrary to Thomas Jefferson’s celebrated doubts, there’s no constitutional bar to the federal government acquiring territory through the treaty power.

U.S. territories were once vast in scale, but nearly all have been organized into new states. The principal exceptions are the five remaining inhabited territories of Puerto Rico, the U.S. Virgin Islands, the Northern Mariana Islands, American Samoa, and Guam. Each is self-governing, but only by the grace of Congress.

Fourth, the Constitution grants the federal government the authority to acquire property within state boundaries to carry out its enumerated powers. For example, the Constitution bestows on Congress the power to tax, so Congress may acquire buildings to house tax collectors. To acquire such property, the feds need only purchase it or condemn it and pay just compensation. It’s not true, as some conservative writers claim, that the Constitution denies Congress authority to condemn land (pdf) or that the federal government must obtain state consent merely to purchase or condemn land with state boundaries (pdf).

Fifth, if the Congress wishes to displace state jurisdiction over a parcel of land and govern it directly, Congress may do so under the enclave clause. However, Congress must obtain the permission of the affected state. A state may make its consent conditional upon the feds honoring particular terms. 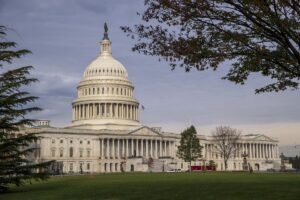 The Constitution authorizes a national capital enclave of up to 10 square miles, but other federal enclaves should be small—no larger than necessary to carry out legitimate federal purposes. The enclave clause itself speaks in terms of acquiring jurisdiction only over “buildings.” In the 18th century, a “building” didn’t have to be an enclosed space, but it did comprise a fabricated construction of some kind, such as a dockyard or (in modern terms) an airport runway. The current practice of holding huge tracts of relatively undeveloped land as “enclaves” is inconsistent with the constitutional balance.

Sixth, the Constitution requires the federal government to dispose of any acreage not used for enumerated purposes. That doesn’t necessarily mean selling to the highest bidder. Under the necessary and proper clause, federal land disposal is subject to fiduciary rules—rules of public trust (pdf). Each parcel must be disposed of in the way that best promotes the general welfare.

Thus, the Constitution’s provisions for federal land ownership protect the functions of the federal government, respect state sovereignty, and promote individual freedom. Adhering to them also would reduce the number of wildfires.

Robert G. Natelson, a former constitutional law professor and historian, is senior fellow in constitutional jurisprudence at the Independence Institute in Denver. He is the author of “The Original Constitution: What It Actually Said and Meant” (3rd ed., 2015).