Electoral College Myth #2: The Founders did not trust the people

Myth: The Founders created the Electoral College because they did not trust the people to govern themselves.

Remember, the Founders had just fought a Revolution because the colonies had no representation in the British Parliament! They’d laid their lives on the line for this principle of democracy. They were not likely to give up on it so soon.

On the other hand, the delegates to the convention knew their history, and they knew that pure democracies can be dangerous. After all, in a pure democracy, 51 percent of the people rule the other 49 percent. All the time. Without question. The Founders knew that, as a matter of history, these types of pure democracies implode. Why? In the heat of the moment, even bare or emotional majorities can impose their will upon the rest of the people. Moreover, they also knew that, even if the American colonies had been given representation in the British Parliament, Americans would have been outvoted time and again by the majority of citizens at home in England. 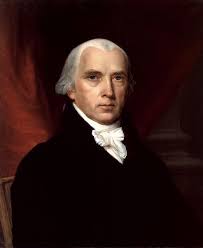 In short, political minorities must be protected from tyrannical and unreasonable majorities if a country is to survive. James Madison, delegate from Virginia, put it this way:

[In a pure democracy], [a] common passion or interest will, in almost every case, be felt by a majority of the whole; a communication and concert results from the form of government itself; and there is nothing to check the inducements to sacrifice the weaker party or an obnoxious individual. Hence it is that such democracies have ever been spectacles of turbulence and contention; have ever been found incompatible with personal security or the rights of property; and have in general been as short in their lives as they have been violent in their deaths.

The Founders wanted to create a self-governing society, but they also wanted to protect political minorities from the dangerous dynamics described by Madison. They solved their problem by drafting a Constitution that would incorporate the best elements of democracy (self-governance), republicanism (deliberation and compromise), and federalism (states are able to act on their own behalves).

America is self-governing, but our Constitution also provides political minorities with tools that protect them from the tyranny of the majority: For instance, we have a presidential veto. We have supermajority requirements to amend the Constitution. We have a Senate (one state, one vote representation), as opposed to the House (one person, one vote representation). The Electoral College is simply another of these protective devices.

The delegates to the Convention felt that they had created a presidential election system that would allow the majority to rule, even as it protected political minorities from tyrannical rule. It is for this reason that Madison declared, “He [the President] is now to be elected by the people.” Another delegate, Alexander Hamilton, agreed that the new election system would allow the “sense of the people” to “operate in the choice of the [President].”

“The Founders did not trust the People” makes a snazzy sound bite. But the history of the Constitution and its Electoral College shows a much more nuanced picture.

Please don’t miss my new kids’ illustrated book about the Electoral College!
Signed copies available at the bottom of THIS PAGE.
If you have Amazon Prime, shipping will be much cheaper with (unsigned) copies HERE.

This entry was posted in Electoral College resources. Bookmark the permalink.