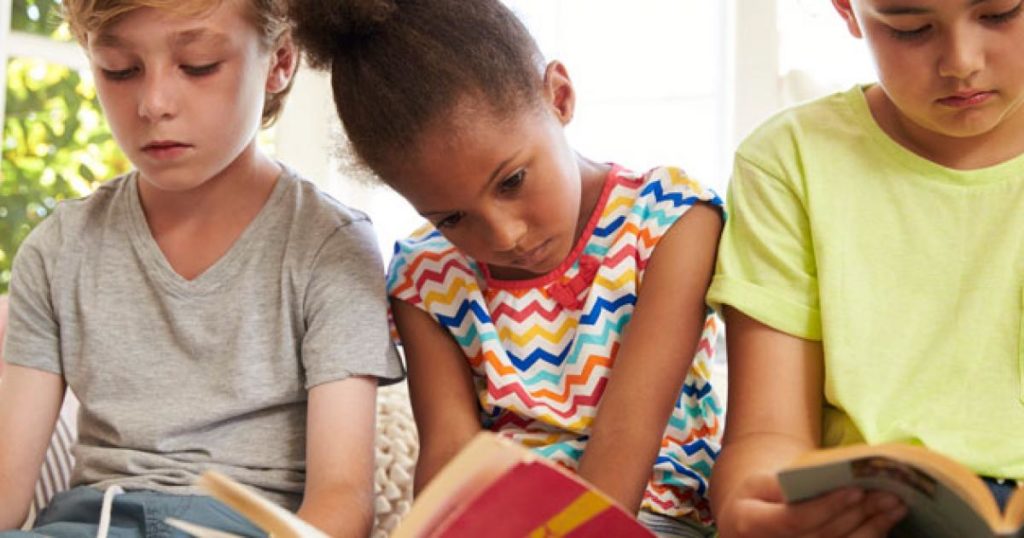 Like Schools Everywhere, The Nation’s Report Card Is Dumbing Down To Hide Racial Disparities

NAEP’s changes might cause better test results, but they fundamentally alter the meaning of reading comprehension, which would hurt students.

Much like the SAT adding an adversity score and the ACT allowing specific subject retakes, the National Assessment of Educational Progress (NAEP), also known as the “nation’s report card,” is easing its standards to improve its numbers. As with the SAT and ACT, these changes carry significant implications for the way English is taught in American schools.

This year, the NAEP’s governing board plans to change testing to “optimize the performance of the widest possible population of students in the NAEP Reading Assessment.” To do this, it will first expand the test to include not only reading passages but also applying the reading through creative tasks such as “making a recommendation” or “developing a website.”

Additionally, it will make sure to account “for students’ differential knowledge by providing necessary background knowledge on novel topics and administering short probes to determine test-takers’ knowledge about topics they will read about.” Presumably, this means students will receive an informational video or audio clip on the test that explains a certain topic in each passage.

Finally, the governing board wants to feature “digital forms of text that are dynamic and multimodal and that require navigation as well as comprehension skills.” Thus, in addition to reading texts, students will demonstrate their literacy by clicking on links in a website, opening files, and understanding the basic functions of a web browser.

While these changes might cause better results, particularly for a generation of students who have grown up in an image-based, computerized environment, they fundamentally change the meaning of reading comprehension. No longer does reading mean translating, imagining, and contextualizing a piece of text. It now means doing other cognitive tasks, such as “navigating,” “developing,” and “recommending” with things that aren’t really text, such as images, videos, and websites.

Furthermore, these additions essentially turn testing into teaching. Mark Bauerlein and David Steiner point this out in their criticism of the NAEP changes. In particular, they believe these efforts remove a key factor in assessing a student’s reading ability: “An effective reading assessment … should reveal the gaps in knowledge among students.” Directly compensating for the differences in background knowledge on the test will prevent the test from revealing the possible deficiencies in English instruction.

Instead of changing the NAEP, Bauerlein and Steiner recommend changing the way reading is taught in class: “Our current mediocre results are a signal that English language arts teachers should focus instruction on the study of content-rich texts.” They argue students in an English class should not only understand and analyze a text, but also learn from it.

They would require teachers to pick texts that broaden their students’ ideas and experiences, which they believe would help students to better connect with any text they might encounter on an assessment. In other words, students need to know more so nothing in a text is so unfamiliar and distant that they cannot even begin to comprehend it.

This is a good suggestion, but on its own, it is incomplete. Asking for an overhaul in the way English is taught by switching from a skill-based model to a content-based model will not happen unless the test changes. Simply, if it isn’t tested, it isn’t taught — and as the San Diego Unified School District demonstrates, if it isn’t taught, it eventually won’t even be graded.

If a test features random texts with random subjects for which teachers cannot really prepare students, there’s little point in trying. It’s much easier and more popular to offer content-light, accessible texts that reinforce student experiences, then blame the standardized tests for being biased and unfair.

Reform the Way We Teach and Test English

Therefore, the tests must also change and start setting a clear goal for English teachers and their students. Instead of end-of-year exams featuring supposedly neutral texts about volcanoes and penguins, they should focus on a set of themes studied that year. As Daniel Willingham points out in his article about how background knowledge plays a role in reading comprehension, “If a child has studied New Zealand, she ought to be good at reading and thinking about passages on New Zealand. Why test her reading with a passage about spiders, or the Titanic?”

Focusing the test on a theme or time-period could better align with traditional or specialized curriculum, which will be a key priority if school choice expands after this year’s election. Students in a classical school could be tested on classic literature, art, traditional math, and history. Students in a STEM academy would be tested on science, technology, engineering, and math. Their background knowledge base wouldn’t hinder their reading comprehension because their curriculum would hone in on this knowledge.

Making tests theme-based would also bring much-needed focus to English curricula, which tend to be a vague mess. As such, these tests would create an equal opportunity for students of different backgrounds and make English more interesting. Besides improving their reading and writing skills, students could learn something identifiable and concrete in their English class.

A move to emphasize content as a means of teaching skills would also transform the role of English teachers. They wouldn’t be the “guide on the side,” helping students condition themselves for the state test. They would instead be a “sage on the stage,” conveying their expertise and directly cultivating their students’ intellectual growth. Instead of helplessly hoping for a set of students who are already good, they would finally have the resources and position to make their students good.

In most schools, reading comprehension is neither taught nor tested properly. Reading well seems mysterious and arbitrary, depending more on students’ background and personal habits than on anything they learn in class. The only way to effectively address the disparity resulting from the NAEP is to dispense with the catch-all reading comprehension tests and curricula. Instead, the NAEP board should pick a theme and assess it, and English teachers should respond by doing the same in their classrooms.

Auguste Meyrat is an English teacher in the Dallas area. He holds an MA in humanities and an MEd in educational leadership. He is the senior editor of The Everyman and has written essays for The Federalist, The American Conservative, and The Imaginative Conservative, as well as the Dallas Institute of Humanities and Culture. Follow him on Twitter.