The Democrats’ Refounding of America

For today’s party, the 1960s marked the beginning of a new social and constitutional order.

At the funeral of John Lewis in Atlanta last month, former President Barack Obama described the late civil rights leader and Democratic congressman as a “Founding Father” of a “fuller, fairer, better America.” It was an epochal turn of phrase. A protégé of Rev. Martin Luther King, Jr., Lewis desegregated lunch counters in Nashville in 1960, spoke at the 1963 March on Washington and was beaten leading a march in Selma in 1965.

Mr. Obama explicitly linked those episodes to the efforts of progressive activists and practitioners of civil disobedience today. In recent months, demonstrators of various kinds have protested in several American cities against alleged police racism. Some have held community vigils, others have torched and looted city centers. Alexandria Ocasio-Cortez and three other self-described radicals, known collectively as “the Squad,” are now power brokers in Congress. Their ranks appear likely to swell, after the primary victories of Jamaal Bowman in New York and Cori Bush in St. Louis.

Democrats have always been partisans of the 1960s. They tend to be more admiring of that period’s reforming energy than Republicans, and more indulgent of its intemperance, unreason and violence. Shortly after he left the presidency, Bill Clinton observed: “If you look back on the ’60s and on balance you think there was more good than harm, you’re probably a Democrat. If you think there was more harm than good, you’re probably a Republican.”

Now Democrats’ understanding of the 1960s is changing, and their political mission is changing along with it. It’s not that Democrats are getting more radical on most policy issues. There is no Medicare for All in the party’s platform, no demand for the nationwide legalization of marijuana, and no call to boycott Israel over its West Bank settlements, much as the Squad might want those things. Nor have Democrats chosen a radical presidential nominee.

But progressives have begun to describe the country that existed before the 1960s as not just flawed but outright illegitimate—and Democrats are following their lead. “All told, liberal society in the U.S. is, at best, just over half a century old,” writes New Republic staff writer Osita Nwanevu, scoffing at the notion that there might be something illiberal about America’s politically correct “cancel culture.” New York Times columnist Jamelle Bouie recently tweeted: “To the extent that this country is a democracy, it took people like John Lewis to make it one.” In this view, the civil rights movement wasn’t just a reform but a refounding. That is what makes the anointing of John Lewis as a “Founding Father” by the most successful American politician since Ronald Reagan so significant. It is a sign that this new understanding of American history is making headway at the top of the Democratic Party.

Woodstock and the Summer of Love and the moon landing are interesting episodes of the 1960s. But the real political legacy of the decade comes from the Civil Rights Act of 1964. It contained highly intrusive measures that were justified, in the minds of the American public, by the need to end Southern racial segregation—with its separate facilities, its inferior schools, its exclusion of Blacks from voting.

The new law cut constitutional corners, constraining freedom of association, exposing criminal defendants to being retried for crimes of which they’d been acquitted, and drawing the federal government into the running of local elections. It opened the door to new kinds of lawsuits: The U.S. attorney general, for instance, could now file discrimination suits against local school districts. It imposed a degree of federal management on all institutions that received federal money. And it created a vast investigative infrastructure through the Equal Employment Opportunity Commission and various cabinet offices of civil rights.

Although ending segregation was the Act’s main selling point, its language was open-ended. Women could use it to sue for more access to executive positions. Immigrants could use it to sue for ballots in Spanish. Over time, the groups who could demand redress were expanded—this summer’s Bostock v. Clayton case brought gay and transgender people under its protection. 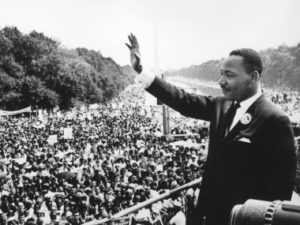 The grounds for going to court widened, too. In 1971, the Supreme Court’s Griggs decision held that an employer didn’t have to be racist to be found guilty of discrimination. In 1978, the Court’s Bakke decision made the freshly invented concept of “diversity” an obligation for college admissions officers and corporate human-resources departments. No one had voted for these things—but already civil-rights law was taking on the lineaments of a second constitution that could be used to overrule the first. Republicans often mock Democrats’ defense of protesters and ever-more-picayune antidiscrimination policies as “identity politics,” as if it were the product of a few wacky episodes and self-indulgent ideas. They are wrong. The civil rights laws have given Democrats, as the party of “minorities” and women, a powerful tool for winning immediate victories without having to wait for an electoral verdict.

Mr. Obama was the first president to master this parallel political system. Whether or not civil rights had changed minds, it had shifted power—from voters and their representatives to regulators and judges. Politics became less a matter of what your programs are and more about whom you will appoint, whom you will prosecute, and whom you will subpoena. As he discreetly worked toward legalizing same-sex marriage, Mr. Obama didn’t schmooze Congress as Lyndon Johnson would have; he stacked the Justice Department with litigators, who worked with plaintiffs moving lawsuits toward the Supreme Court.

Democrats have come to understand, as Republicans have not, the two-headed constitutional order that is the product of the 1960s. They are the party of those to whom power was transferred by regulators and litigators: racial and sexual minorities, immigrants, women and government employees. Those Democrats who urge their party leaders to “reject identity politics” as, for instance, the intellectual historian Mark Lilla has done, would have them throw away their party’s raison d’être along with its mightiest political weapon.

Identity politics has been, aside from stimulus plans and tax cuts, the only politics on offer for most of the 21st century, during which George W. Bush’s No Child Left Behind education initiative and Mr. Obama’s Affordable Care Act constitute the solitary achievements. There have been no major domestic initiatives passed in the regular constitutional way in more than a decade.

But the new constitution, the constitution of court-conferred civil rights established in the 1960s, advances by leaps and bounds. The Democrats are that constitution’s party. The Republicans have wound up as what the late historian Pierre Chaunu called the French right in the 1970s: the party that keeps the campaign promises of its defeated opponents.

Mr. Caldwell is a contributing editor at the Claremont Review of Books and the author of “The Age of Entitlement: America Since the Sixties”(Simon & Schuster).■