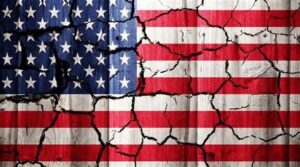 Identifying an Enemy of the Constitution, Part Three

In 2019, I published an article entitled “Against all Enemies.” I had pondered the clause on “domestic” enemies in the military oath for years, but meaningful conclusions about actions have been elusive. This is the third article in a series that revisits the question, focusing on identifying a domestic enemy.

Every American who takes the oath of office should first ensure he/she is not a domestic enemy. The preceding posts established that anyone who supports an invasion or attacks the Bill of Rights is an enemy of the Constitution.

Sedition is the organized incitement of rebellion against the government. Rebellion and insurrection are crimes prohibited by 18 U.S.C. Section 2383. On the other hand, treason is defined in the Constitution by Article III, section 3. That definition is:

Treason against the United States, shall consist only in levying War against them, or in adhering to their Enemies, giving them Aid and Comfort.

Likewise, since Unrestricted Warfare was published in 1999, the definition of “levying war” is no longer confined to the classic concept of war. Any of the components above can be attack points. Institutions are particularly prime targets as they are intended to stabilize society. The Chinese enumerated the following methods of attack:

Whereas classic warfare would pit one nation’s army against another, any enemy can attack any part or the whole of a nation as an act of war. Although the Constitution was written with the classic view in mind, its framers had the foresight to write a document that is abstract enough to adapt to even the Chinese redefinition of warfare.

The question is how to parse the meaning of the United States. Should it be interpreted as all of the attack points enumerated above or just one? The former is a “tight” definition that requires a domestic enemy to commit to “all out” war against the United States to commit treason. The latter is a “loose” definition that would categorize any domestic enemy attacking any of the attack points as treasonous. The primary purpose of this article is not to explore what is and isn’t treason. Its purpose is to identify an enemy of the Constitution. The Constitution is but one attack point of the United States.

The tree of liberty must be refreshed from time to time with the blood of patriots and tyrants. It is it’s [sic] natural manure.

Likewise, Ben Franklin had an equally pessimistic prediction at the end of the Convention:

…because I think a general Government necessary for us, and there is no form of Government but what may be a blessing to the people if well administered, and believe farther that this is likely to be well administered for a course of years, and can only end in Despotism, as other forms have done before it, when the people shall become so corrupted as to need despotic Government, being incapable of any other.

Consider the case of Jeremy Brown. Jeremy was arrested on 30 Sep 2021 for being in an “unauthorized area” on 6 Jan 2021. Jeremy’s story is a clear case in point. We truly can be our own worst enemy.

Identifying an Enemy of the Constitution, Part Three